Time to play some Golf – Friendicoes

Time to play some Golf

Time to play some Golf

Republic day just got over. And as always Delhi’s police horses were part of the mounted contingent that participated in the parade that showcases India’s defence competency and the country’s rich heritage. These beautiful animals can otherwise also be seen doing the rounds at India Gate on weekend evenings;they are used in police training institutions for training officers or for controlling large crowds in emergency situation and for ceremonial duties.

But behind the curtains what happens to these animals when they retire? 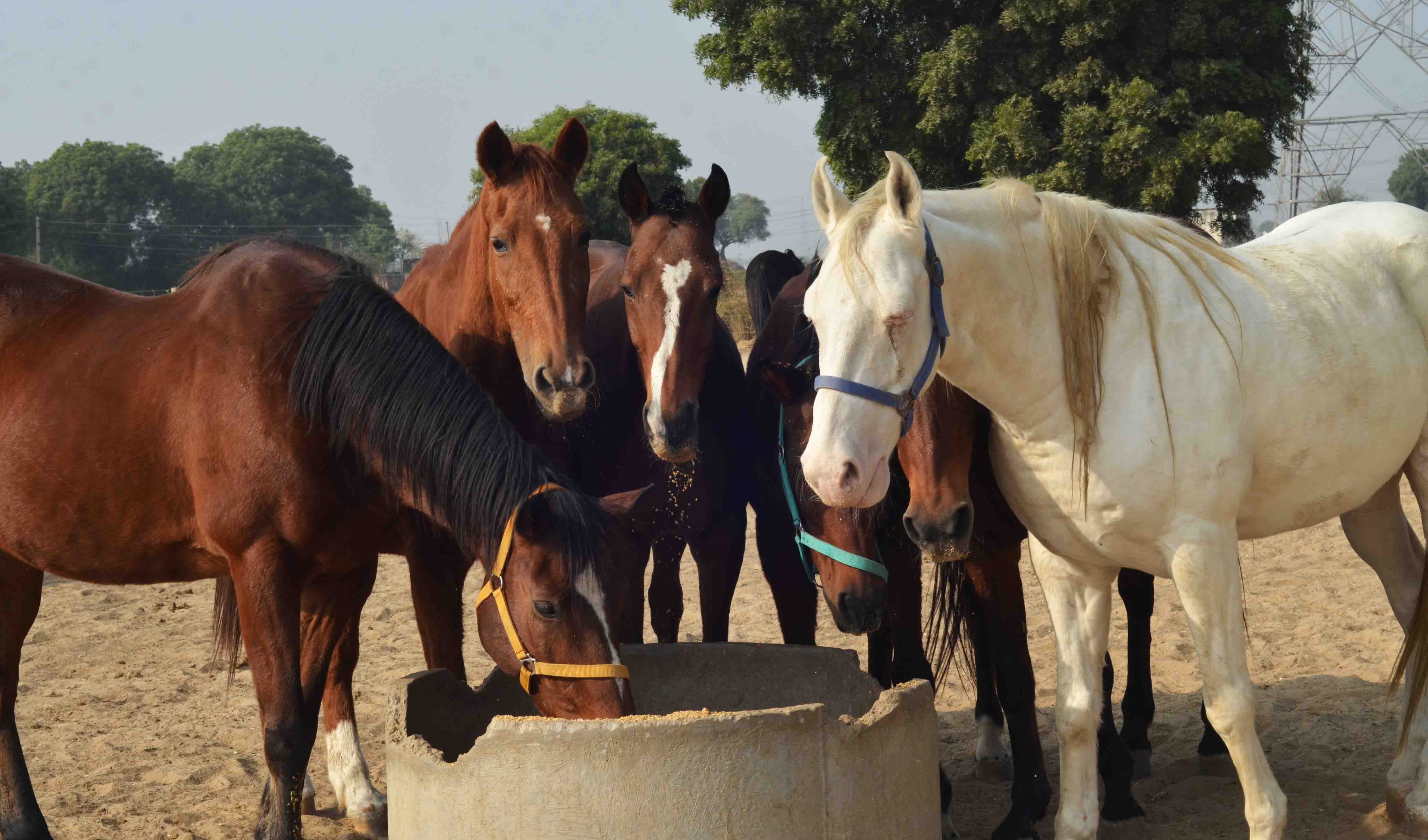 Police horse ‘Shaktiman’ who was injured during a BJP protest rally, last year and ultimately died, was a reminder to people that a mounted police force still exists across the nation and shed light on how these animals are treated. More often than not these horses are auctioned off to people who use them for pulling loads, for wedding functions or for horse drawn carriages. Either way it is not an ideal life for a horse that is now meant for retirement. For the few years left to them they would be made to walk many miles a day in extreme weather conditions, be part of large crowds at events playing blaring music or made to carry heavy loads and for all this slogging not even be rewarded with full tummies. 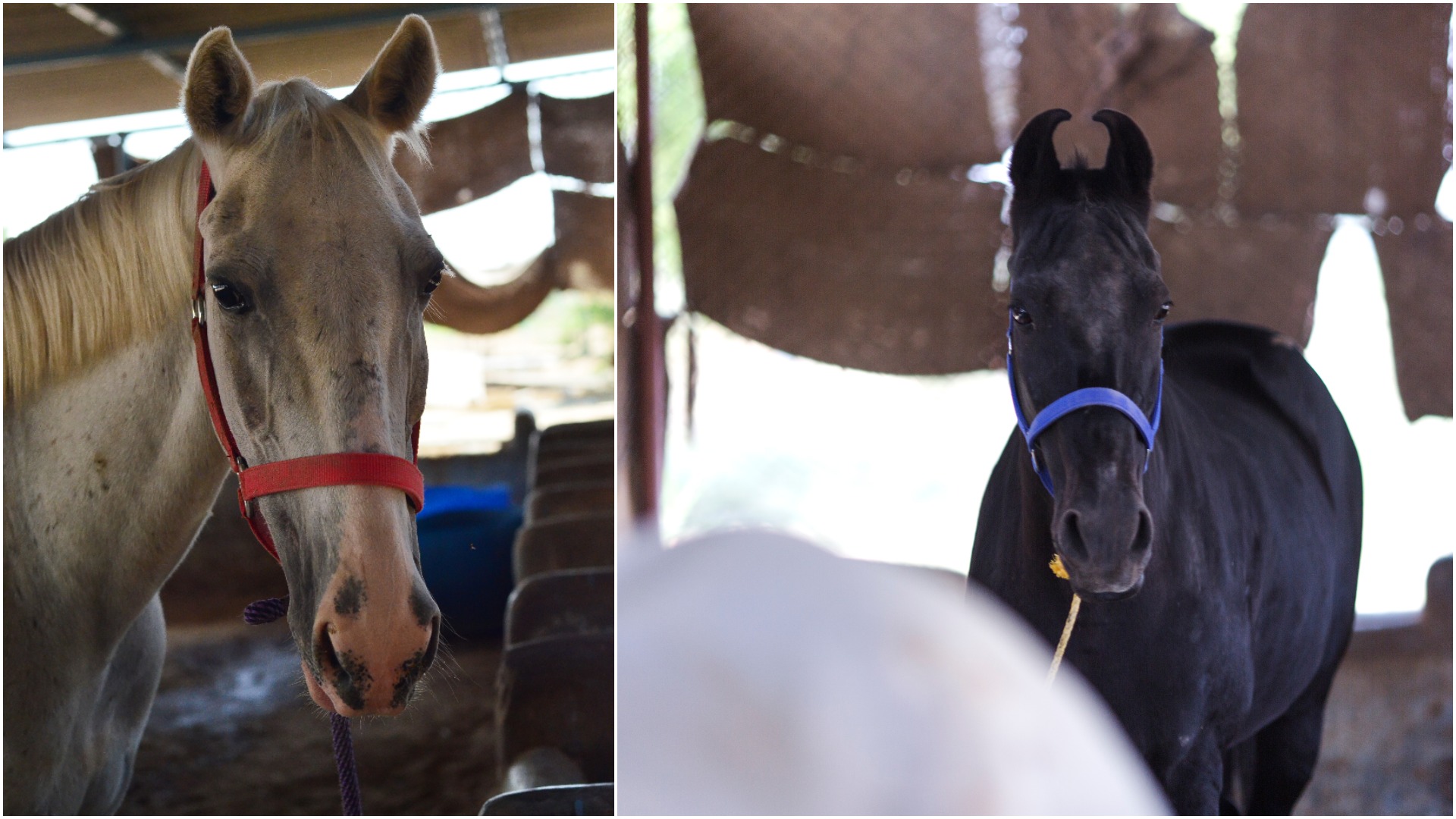 Seventeen years back Friendicoes decided to take action and do something about the Delhi Police policy whereby retired mounted (trained) police horses used to be auctioned. This decision was followed by a letter to the Delhi Police headquarters appealing that the auctioning is stopped and the horses be sent to our care. The then DY. COMMISSIONER, R.C. YADAV agreed and since then all Delhi Police retired horses have come to us. Cedar Grove 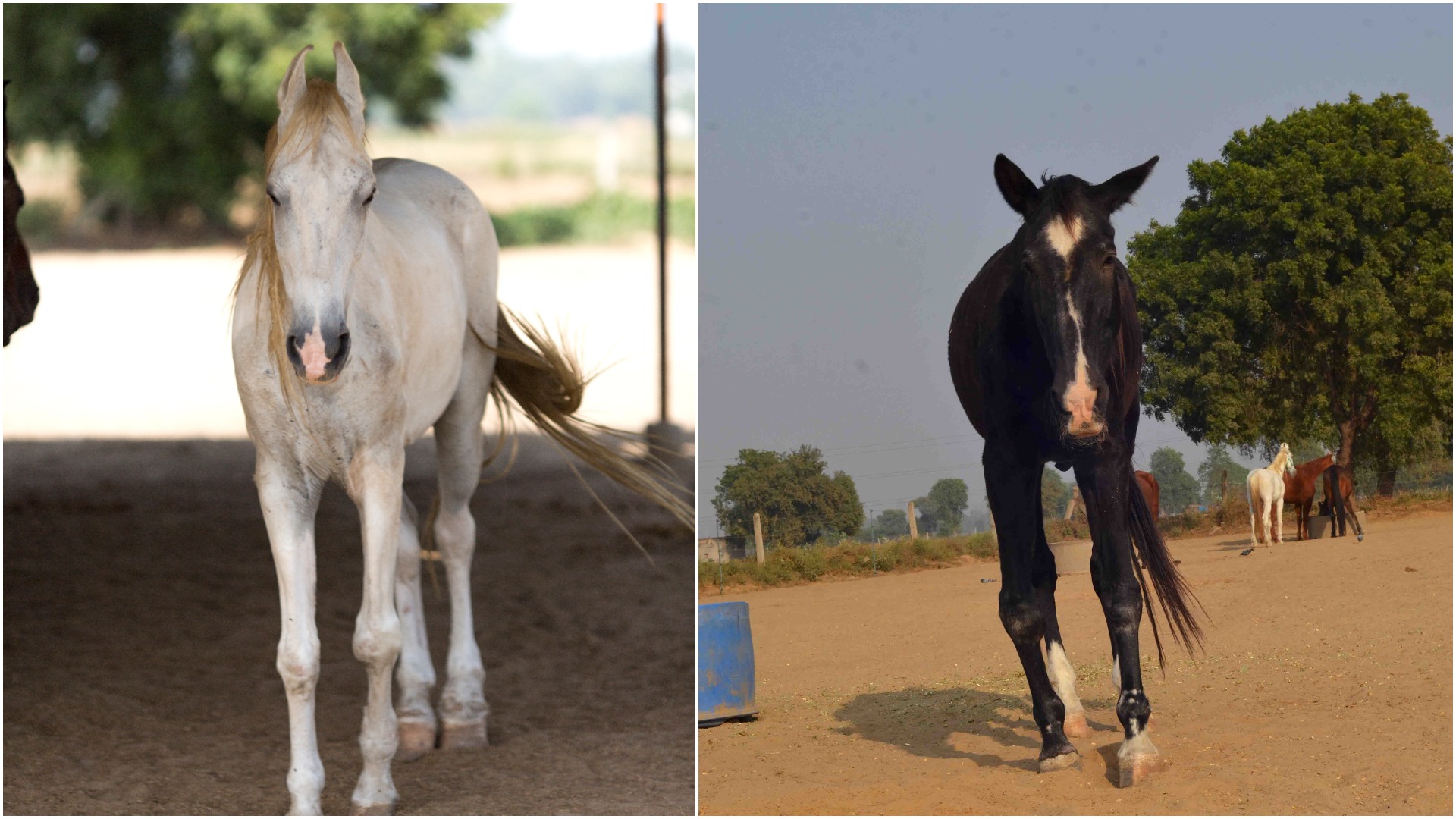 Since the very first Police horse Heera came to Friendicoes, the sanctuary has welcomed near about 50 retired horses so far. Last year alone Friendicoes received four retired horses, a stallion named King and three mares -Kiran, Bijli and Hema. The Delhi Police informs Friendicoes once a horse has been “condemned” for whatever reason so that our ambulance can make the transfer from the police stables to the sanctuary where the animal lives the rest of its life in peace and comfort. 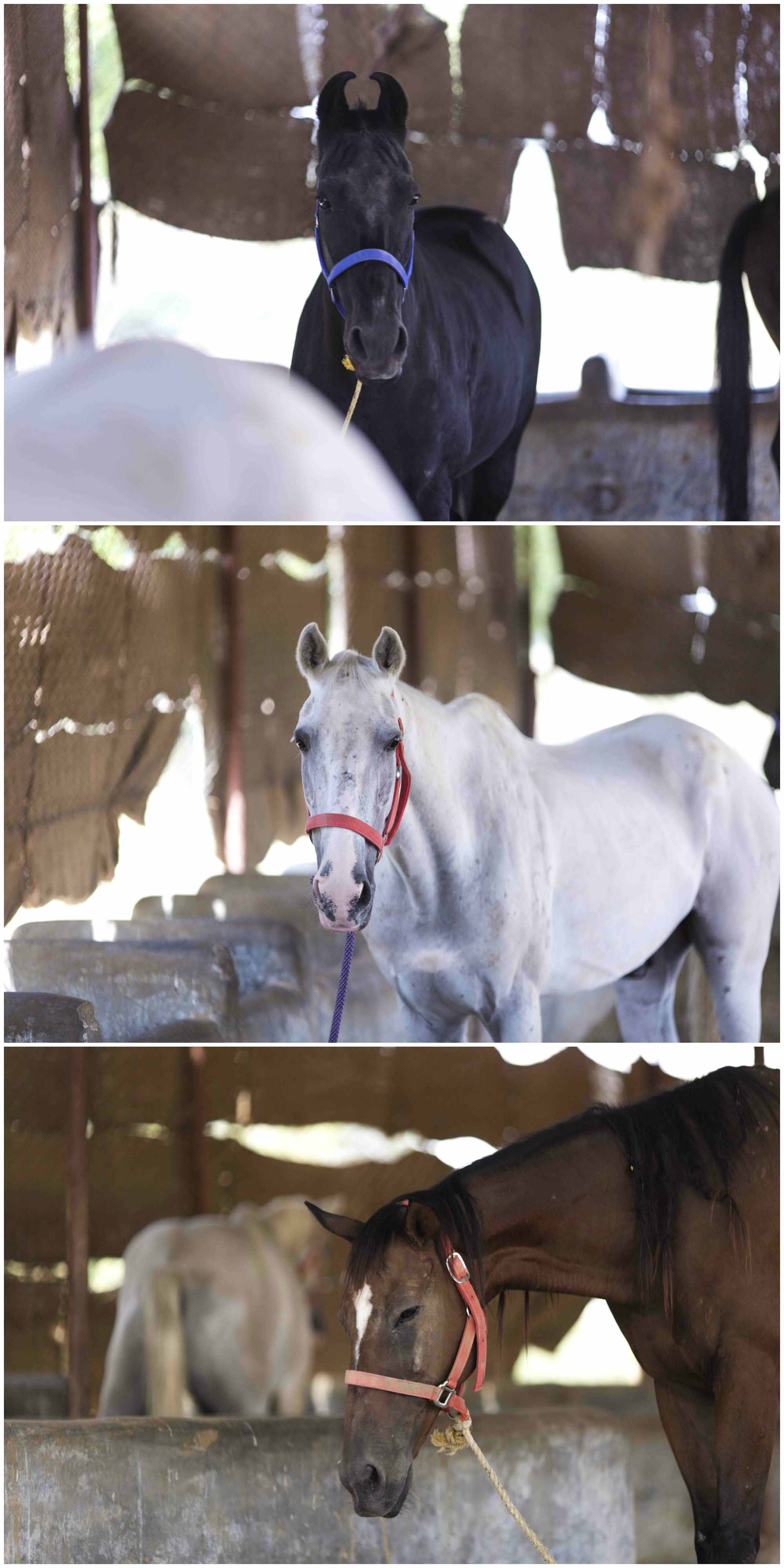 At the sanctuary, they are left open to roam the enclosures in the day, groomed regularly, and ridden occasionally and at night they retire to the stables. There is a full time vet who specializes in Equine care looking after their needs, a nutritious diet, treats like jaggery & carrots and a life of leisure at their feet. After serving the country during the best years of their life we feel they deserve no less than the soldiers who guard at the borders and those that maintain law & order within the borders. It is time for them to play some golf now! 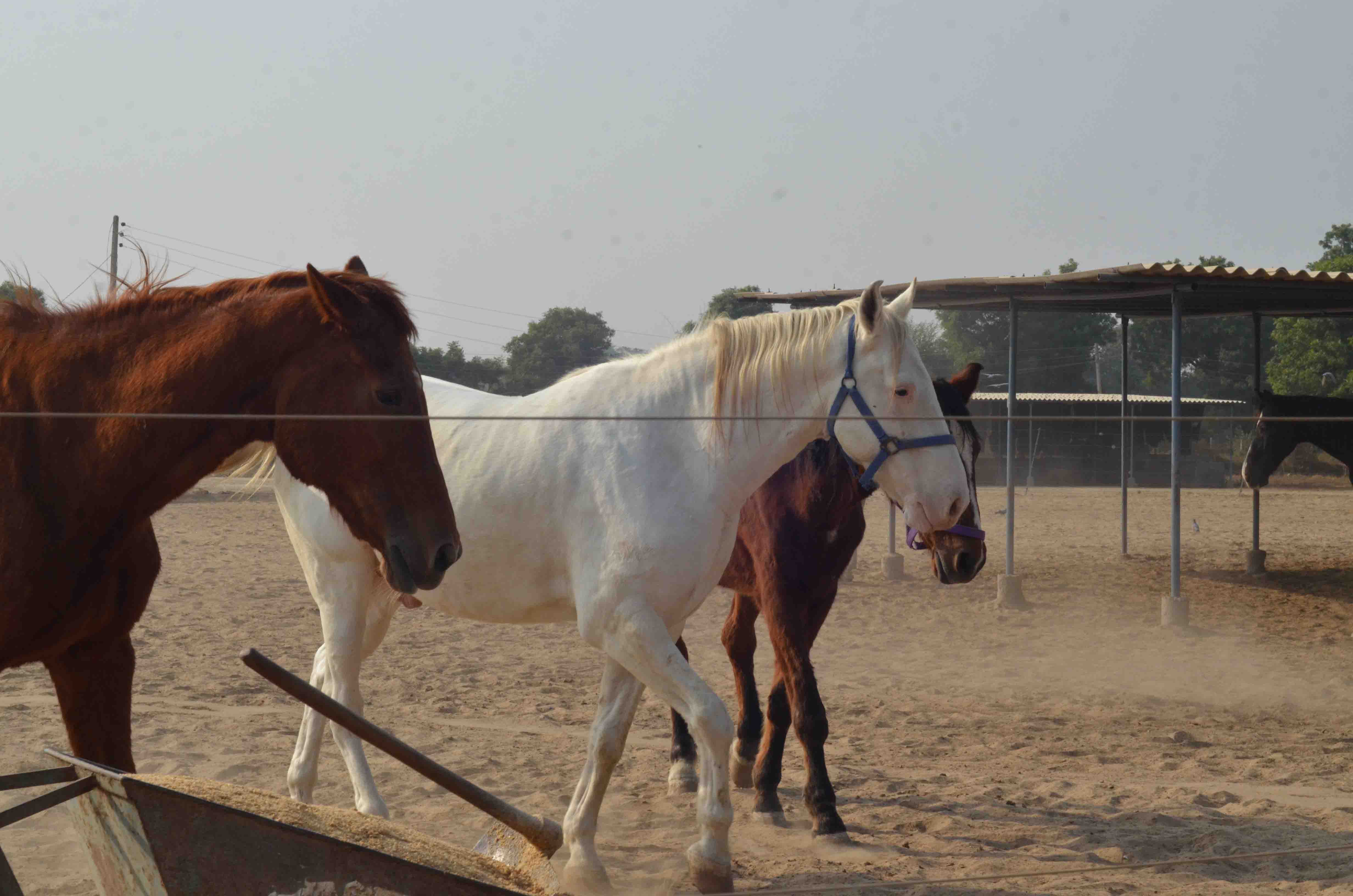