What are Pit bulls?

A quick Google search tells us  that ‘Pit bull’ is the common name for a type of dog descended from bulldogs and terriers. The American Pit Bull Terrier, American Staffordshire Terrier, American Bully, and Staffordshire Bull Terrier are all formal breeds that are often considered to be of the pit bull type, although the American Bulldog is also sometimes included in this group. Mixed-breed dogs which physically resemble these breeds often get labelled as “pit bulls” by shelters.

Of late the trend that has come into play in the national capital region is the new interest in “owning” a pit bull. Starting from first timers with no experience of dogs to veteran dog owners to breeders everyone now seem inclined to buy or “adopt” a pit bull. Friendicoes alone has received umpteen inquiries wanting to take home a pit bull. And it is a cause to worry because pit bulls while they enjoy an undeserved reputation for viciousness are also not your average dogs. They are not meant for everyone. Extreme pampering and extreme disciplining can both cause havoc with this breed. They are sensitive, strong and high energy dogs, very human centric but who also need very high levels of socialization with both humans and other animals from early on in life. In other words they need dedicated, committed humans who have the time to understand and meet their needs for both mental and physical stimulation.

Since August 2017 till July 2018 Friendicoes has received 11 pit bulls with various health issues. Some have been saved and rehomed, some are under treatment/ training while some could not be saved. It all started with Zeta, the first pit bull to arrive at Friendicoes. Zeta had third degree multiple skin infection and succumbed to secondary infections in the shelter. She was left tied to the door of the shelter office one late evening. Unfortunately Zeta’s condition was too far gone, and despite only being 2 years old, she died at the shelter. We can’t imagine what a terrible life she must have had to end up at the shelter in such a wretched state, and it breaks our hearts that we couldn’t save her. 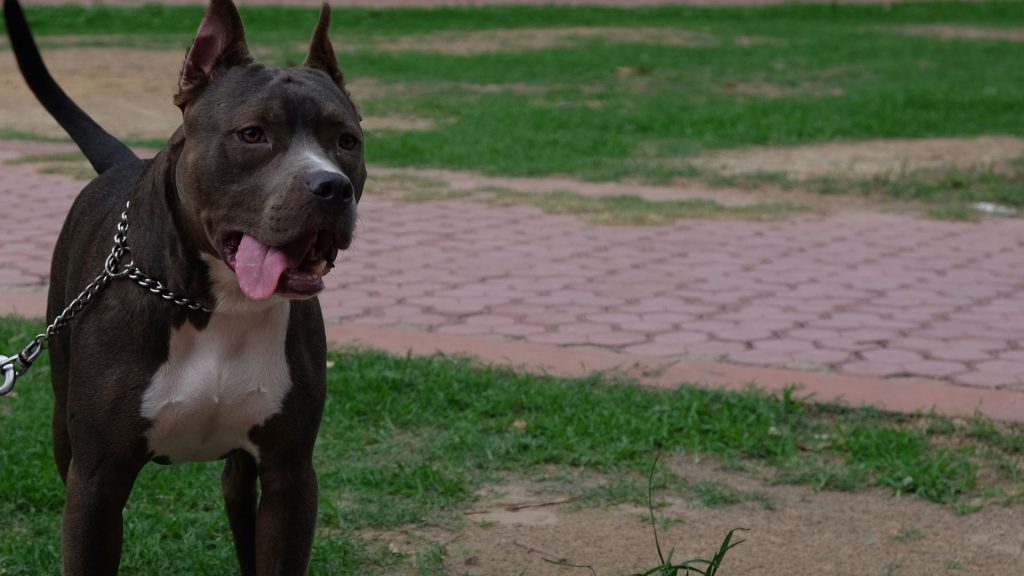 The next pit bull to arrive was a young male Smooches. Luckily for Smooches, he arrived at the shelter with a clean bill of health and went straight to foster. And it wasn’t long before this foster became his forever family.

Then came Candle, another Pit bull abandoned outside shelter with multiple skin infections. Candle was left at the shelter in December, and is wasn’t long before a Christmas miracle granted her a successful adoption. It was Candle’s good fortune that she didn’t have to spend much time at all in the shelter before being rehomed. Had she stayed in the shelter, her skin infections may never have had chance to heal. 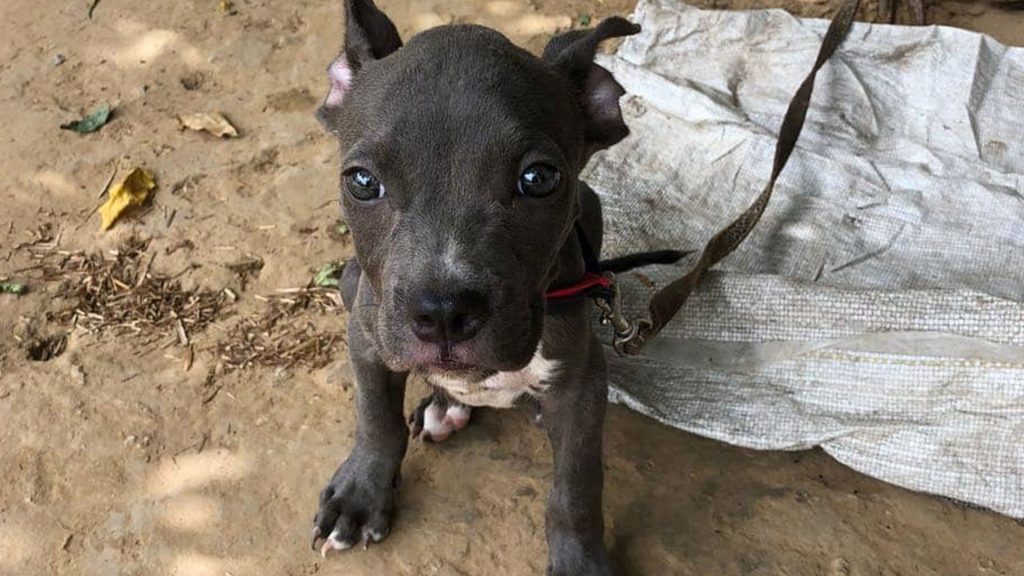 Recently even a puppy with rectum prolapse was brought in from a park where she was found abandoned. She was also one of the luckier ones to find the right home. Teapot’s rocky start in life is long behind her, and now she is the love of her hoo-mum’s life. 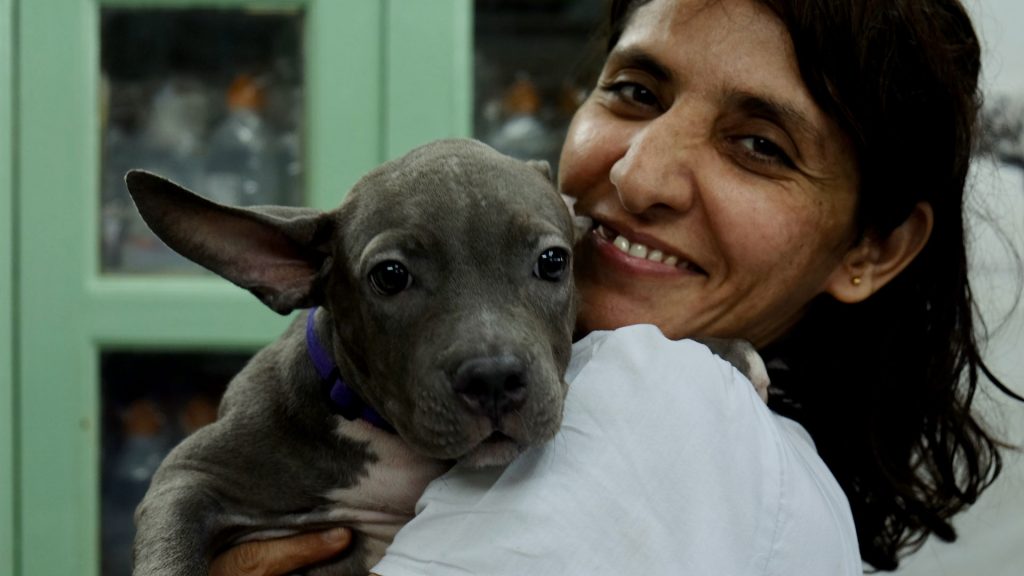 Then there is Beans who was brought in with badly cropped ears (that looks like a brutal home job) that are still raw and healing. Despite falling prey to such cruelty by the hands of mankind, Beans is still an affectionate soul, desperate to be friends. 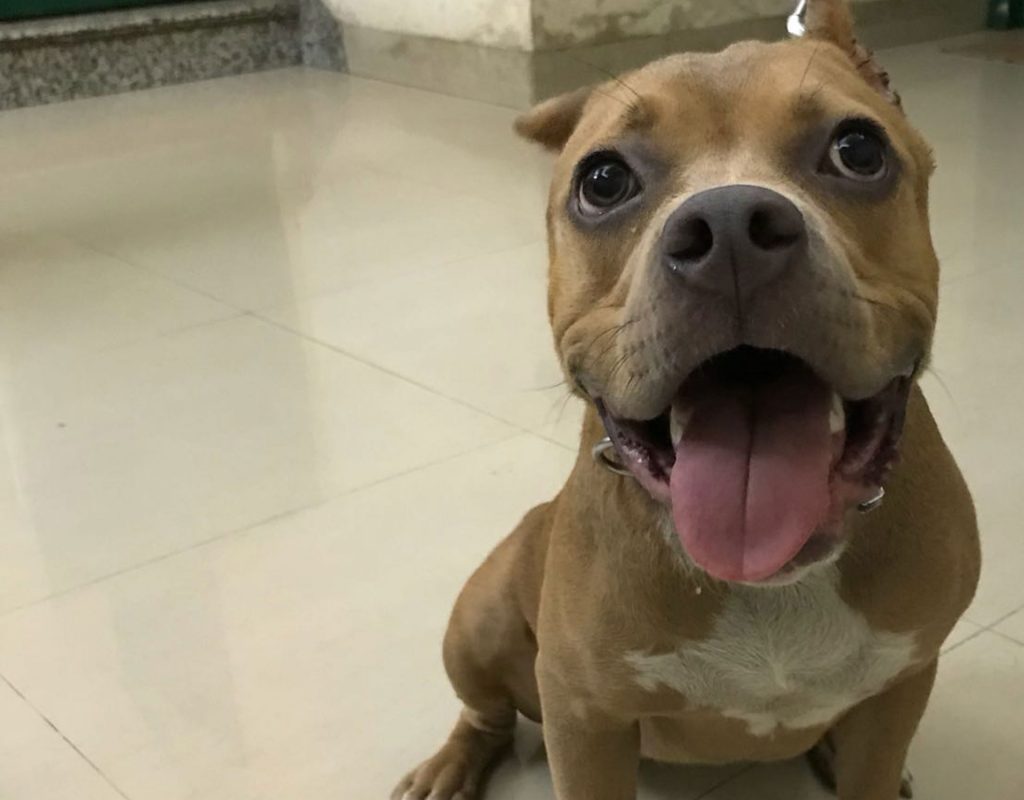 The Life and Soul: Beans

And the last in this long line of abandoned pitties is Queenie who was left outside the Friendicoes lifetime care sanctuary in the early hours of dawn. She is presently under treatment for skin issues.

Most of these dogs we suspect have come from dog fight circles where they were either a liability because they were temperamentally lacking the killer instinct needed in “fighter dogs”. Or they were impetuous decisions by people who were unprepared for the care of this breed. Result: shelters are now starting to flood in with this breed of dog. Just another breed who has hogged the limelight for the moment and for all the wrong reasons and one we desperately hope is very short lived.

To support the pitties, head over to our online donations page and make a pledge!