Cat lovers in India often lament the lack of facilities and recognition for felines as compared to their canine friends. And it is true. The popularity of dogs as pets as well as the amenities and services available to dogs and dog parents is unrivalled compared to other pets. So of course, the stray cats get a rotten deal in the whole scheme of things. Very few people will actually make an effort or lift a finger to help a homeless cat. But things are changing and more people are coming forward to play guardian to these gorgeous creatures we call cats. One such group of people are the founders of the ANS Cat Program in Delhi. Made up of Aaron, Nishat and Sandhya, the team is working to change mindsets and improve the image of cats in the city. 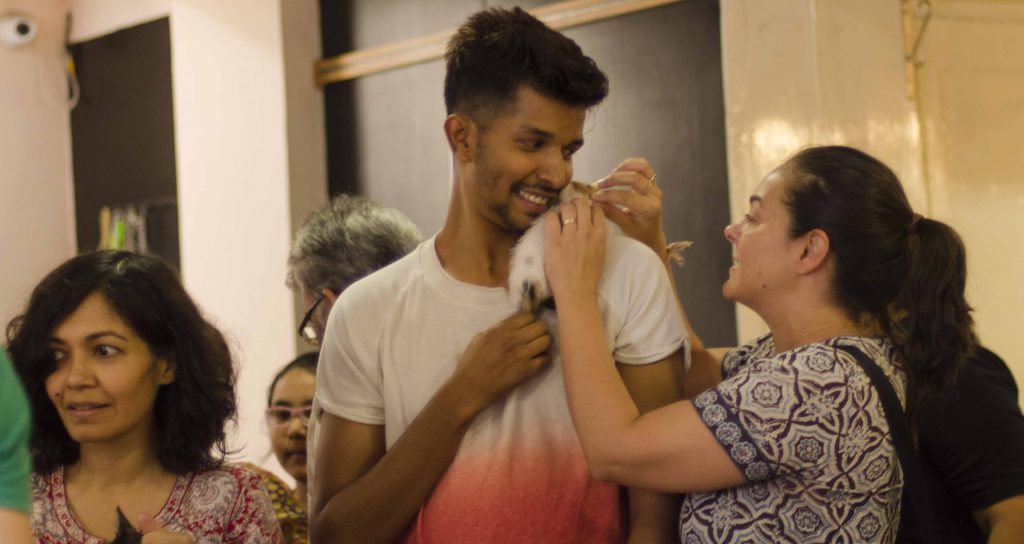 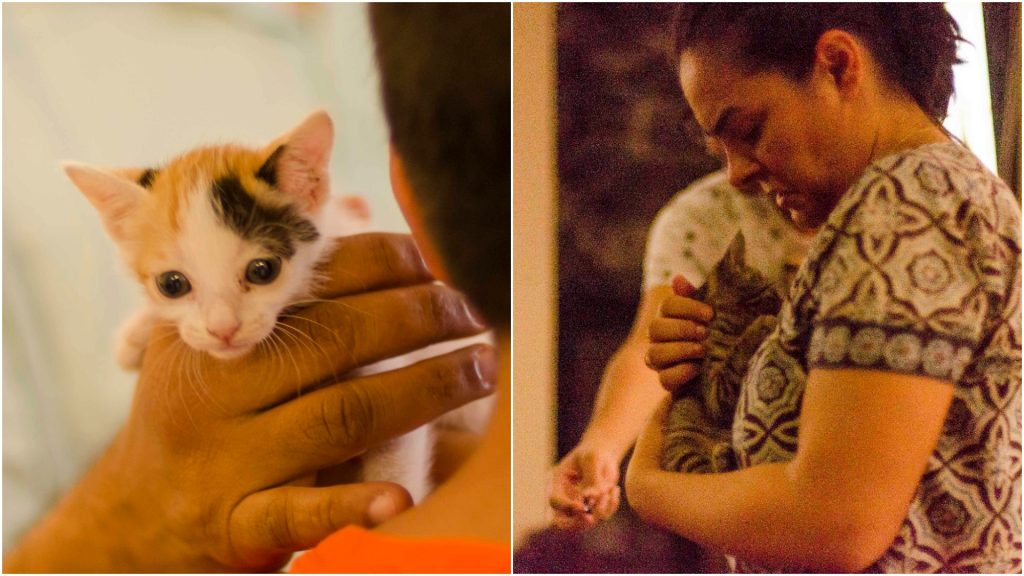 Kids will do just about anything to avoid finishing homework. Ask Nishat Rana, whose 16 years old daughter unwittingly initiated her family’s active involvement in cat rescue and fostering, while attempting to avoid math homework. Looking out the window, procrastinating, she spotted two kittens in need of help, and lo and behold, today their house is home to 3 cats and 3-5 fosters on the regular.

Canine behaviourist and animal communicator, Aaron Patrick Dsilva, says his love affair with cats started back in Kuwait. Aaron has always had an affinity for all animals, but growing up in Kuwait, cats were the more commonly found pets, it was upon shifting to India, and living in Bombay that Aaron was struck with the indifference and often vehement viciousness directed towards cats. 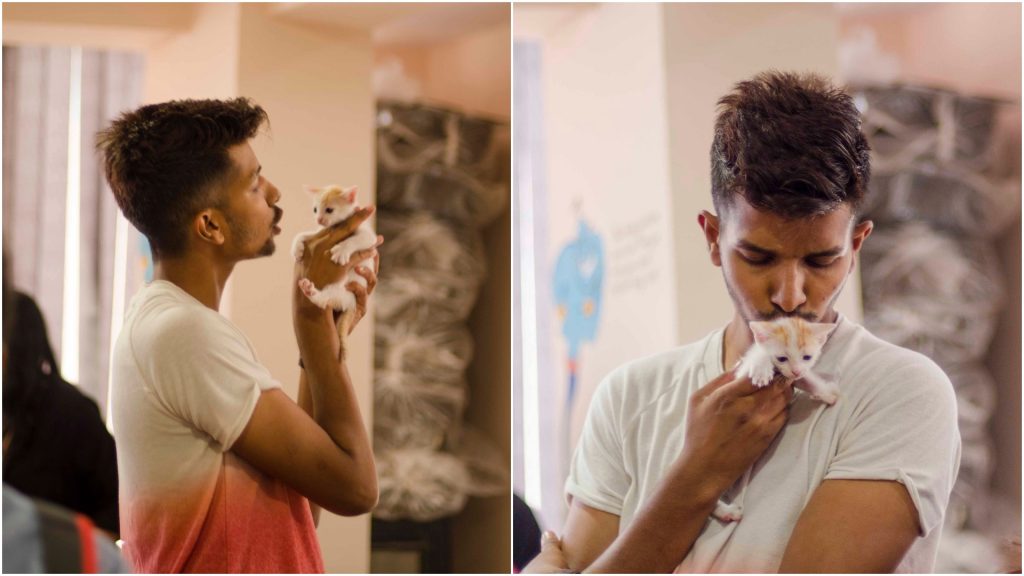 The different myths and superstitions surrounding them results in deplorable acts of violence against these helpless creatures. Aaron recalls witnessing ritual sacrifices of cats and owls, deliberate shooting and poisoning, and realising these animals needed help. While there were stray cats back in Kuwait, they were much healthier and better taken care of, India with its myriad of superstitious beliefs associated with cats leaves these creatures quite alone and defenceless in an excessively hostile environment.

Lenora and Cleopatra were his first fosters back in 2014, the two kittens were dumped inside a rucksack and left at an embassy accommodation in Defence Colony. Lenora, now known as Peo, had a failed adoption and has since lived with Aaron, along with Aaron’s Labrador girl Laila (another rescue), who pulls her weight in fostering duties. “I always sensed a motherly nurturing aspect to Laila’s personality, and that shows in her welcoming home new fosters and the care she provides them.” 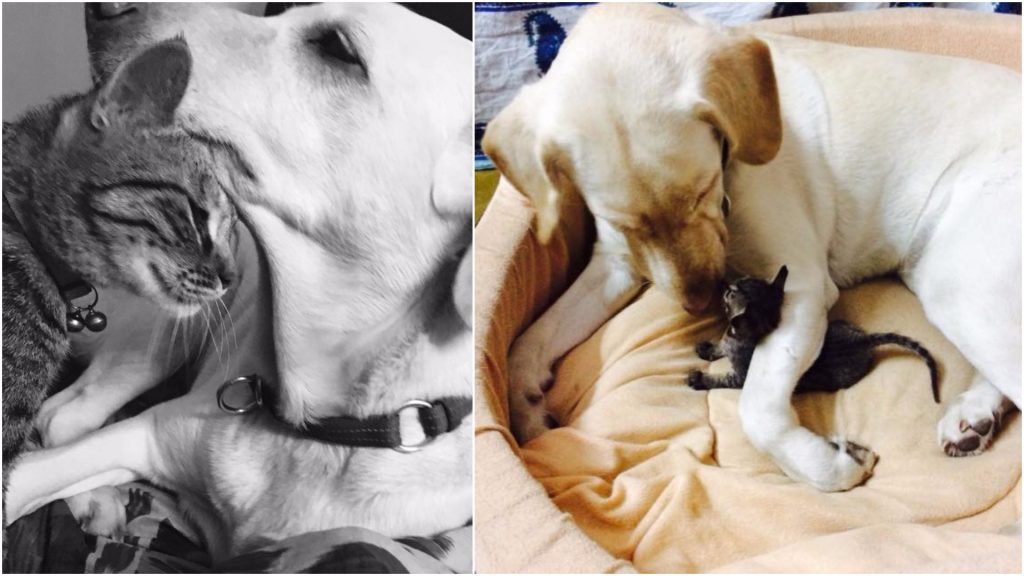 Aaron and Nishat together have become a huge part of the Friendicoes cat adoption program, they continue to take home kittens abandoned in the shelter as well as rescue them on their own from different situations. They then foster and hand raise kittens too young to be on their own or adopted out. Aaron, who comes in to the shelter once a week, says he and Nishat generally split the fosters equally between them, “they are checked by the vet on call, and then kept in isolation for two to three days and started on anti-virals before they can begin to mix in with others. If they are old enough they are then started on basic litter box training and photos are subsequently shared on social media for adoption.” Adoption leads are followed by strict screening and a detailed questionnaire to be filled by prospective homes, subsequent to which house checks/ address verifications are carried out, adoption paper work is completed and only then the kitten is handed over to the new family. 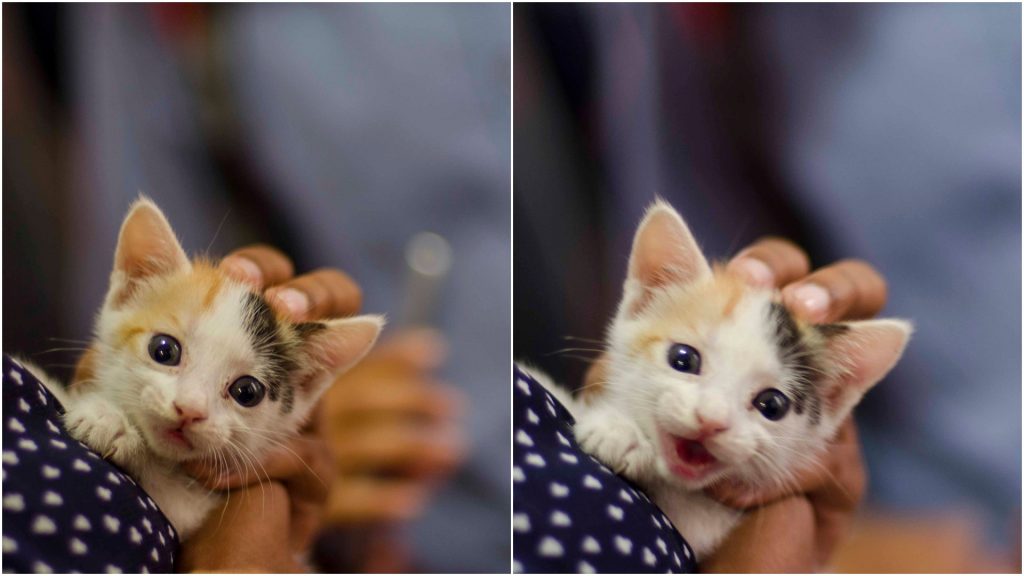 Cats are becoming increasingly popular as pets, as religion slowly loses its hold on the young, working urban populace, who find cats are much easier to take care of than dogs. Adoptions generally take between one week to 10 days. Black cats have a harder time finding homes still, and one has to be particularly careful in such cases, to ensure the request for a black cat is not prompted by nefarious intentions. 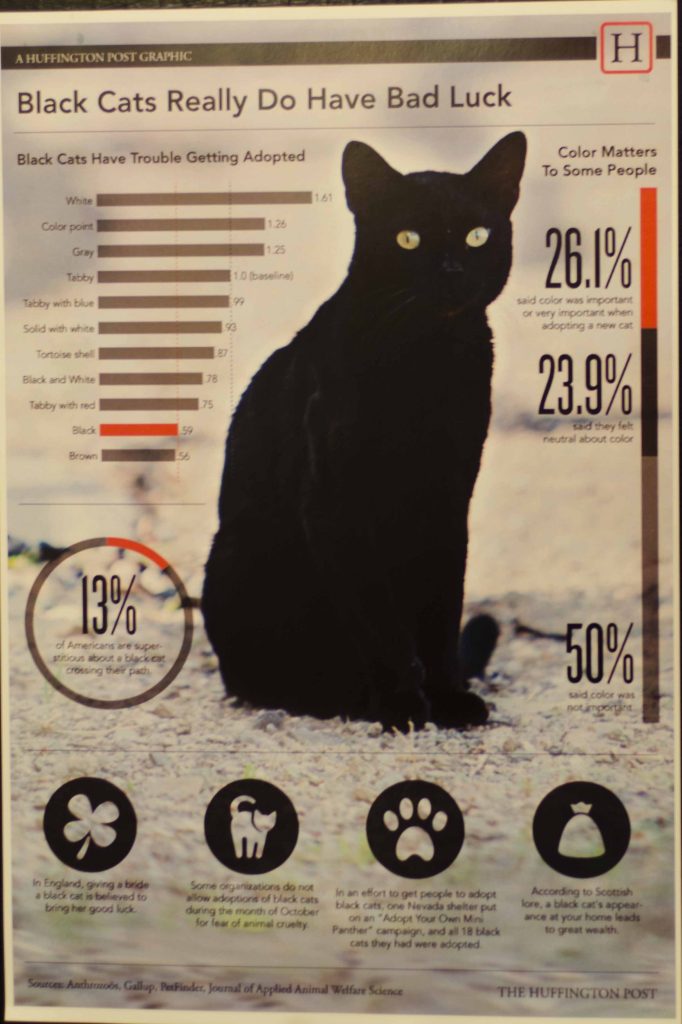 This year the pair has expanded its operations, with help from fellow cat lover Sandhya, they have formed the ANS Cat Program, the objective here is to focus on spay and neuter. As cat population in the city rises, and their abuse becomes more common, the need for a strong spay neuter program for cats seems more and more apparent. While the MCD provides for a similar initiative for stray dogs, cats are largely ignored by political office. The burden consequently lies on private citizens, to pitch in and mend the situation before it leads to more dire consequences. 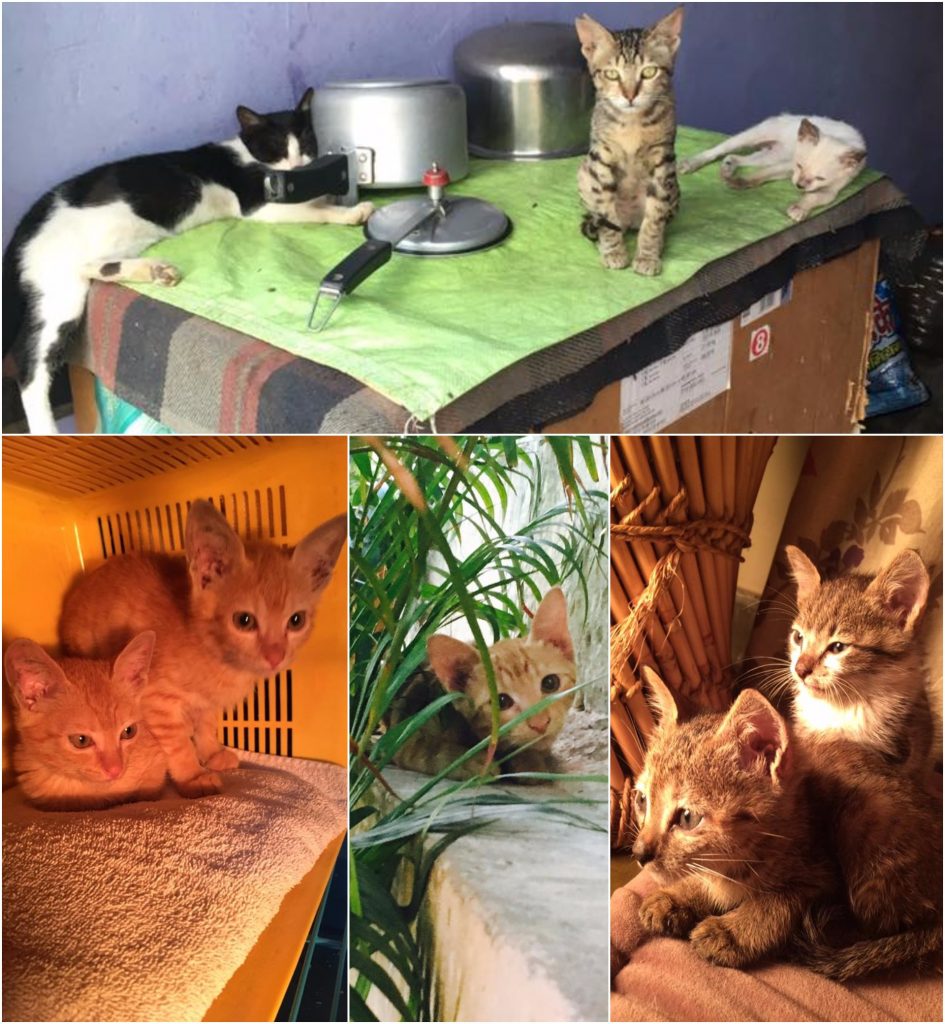 In less than 5 months of operation, team ANS with the support of Dr. Prabhakaran at Friendicoes has successfully managed 106 sterilization surgeries, a significant number no less. The cats are brought in by one of the three ANS founders for spay/neuter and vaccinations. Feral cats are caught and brought in by Aaron who is a trained handler. It is a small initiative by three people but it is already showing its slow but steady rate of success. 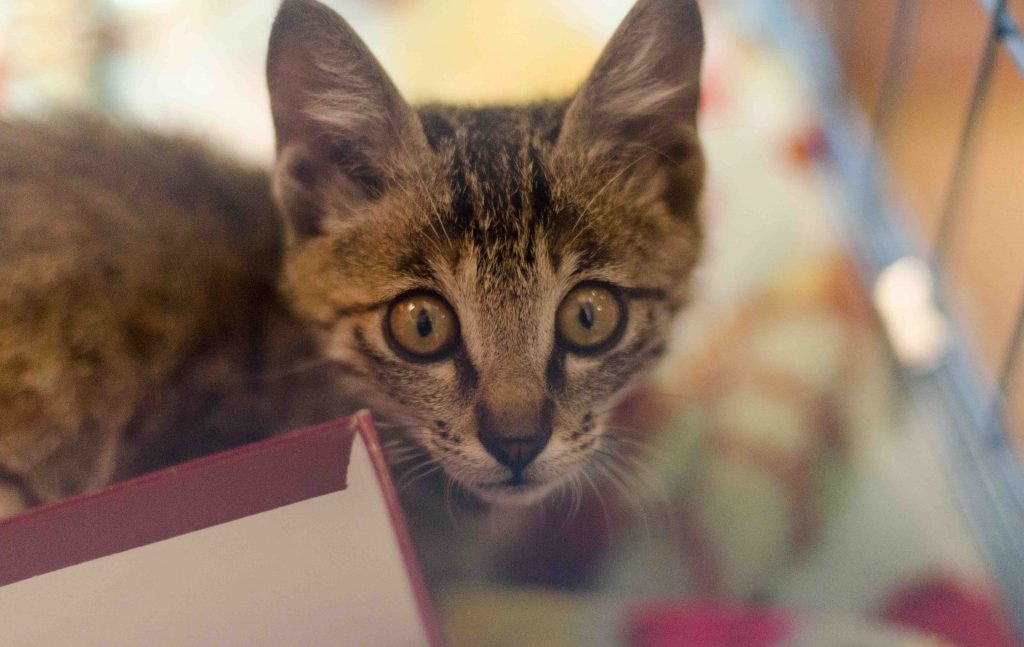 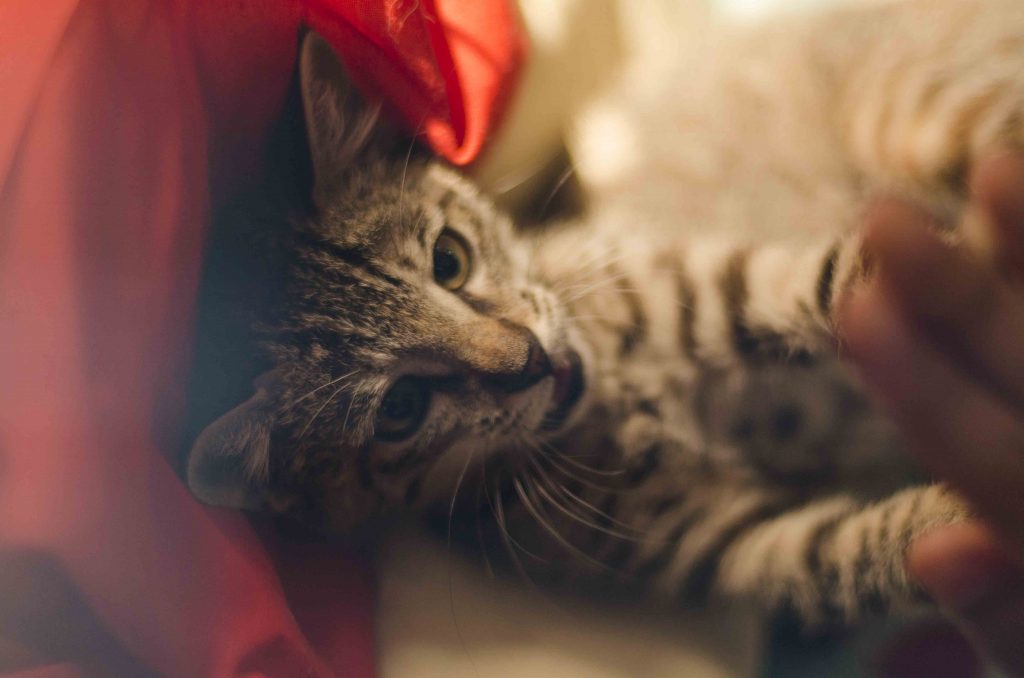 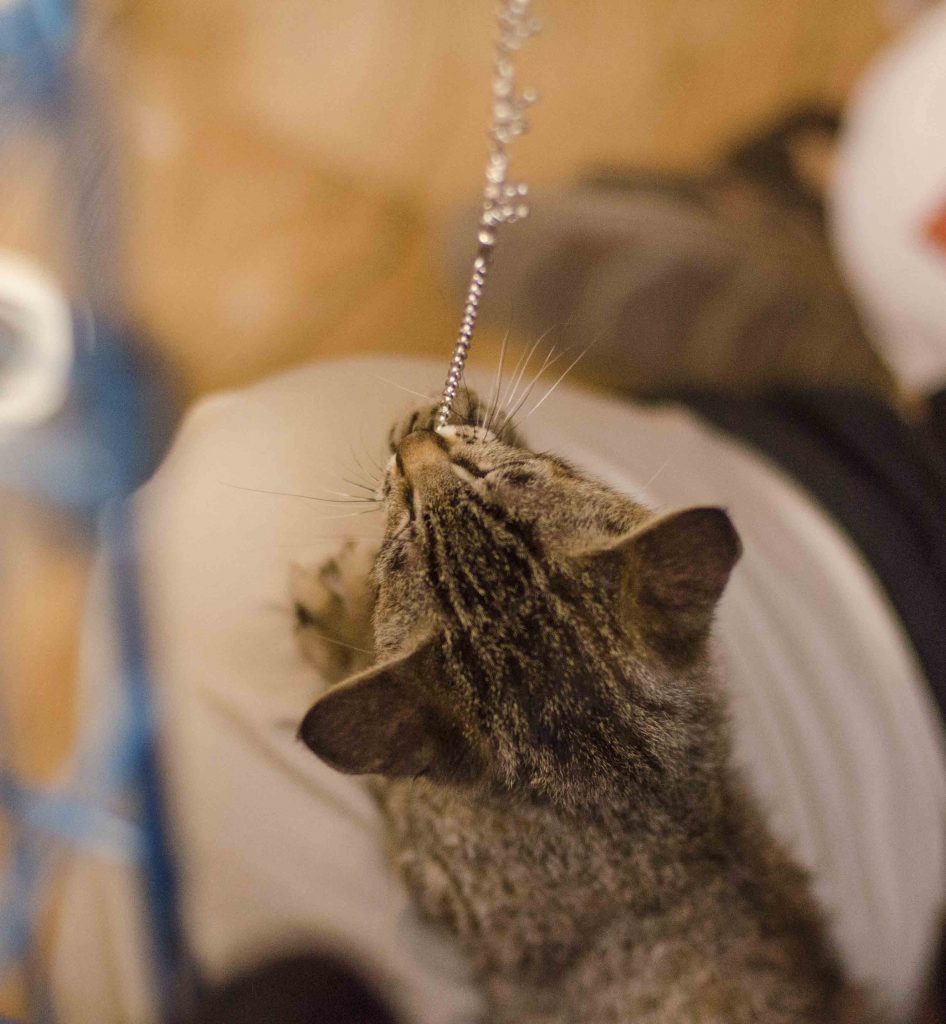 In order to continue their work however, ANS needs more support, both financially as well as in kind. They are accepting donations for the cat spay/neuter program by cheque RO to be deposited in Friendicoes, and you can contact Aaron at 9167294437 before dropping off the cheque or with any queries. ANS can help you rescue & spay/neuter the cat that is a visitor to your home/ office or the neighbourhood feline who is not exactly very social. You can also become a part of this amazing effort and participate as an active volunteer with ANS and help rescue and rehome stray cats/kittens. Connect with Aaron for further inquiries and information on the ANS program. 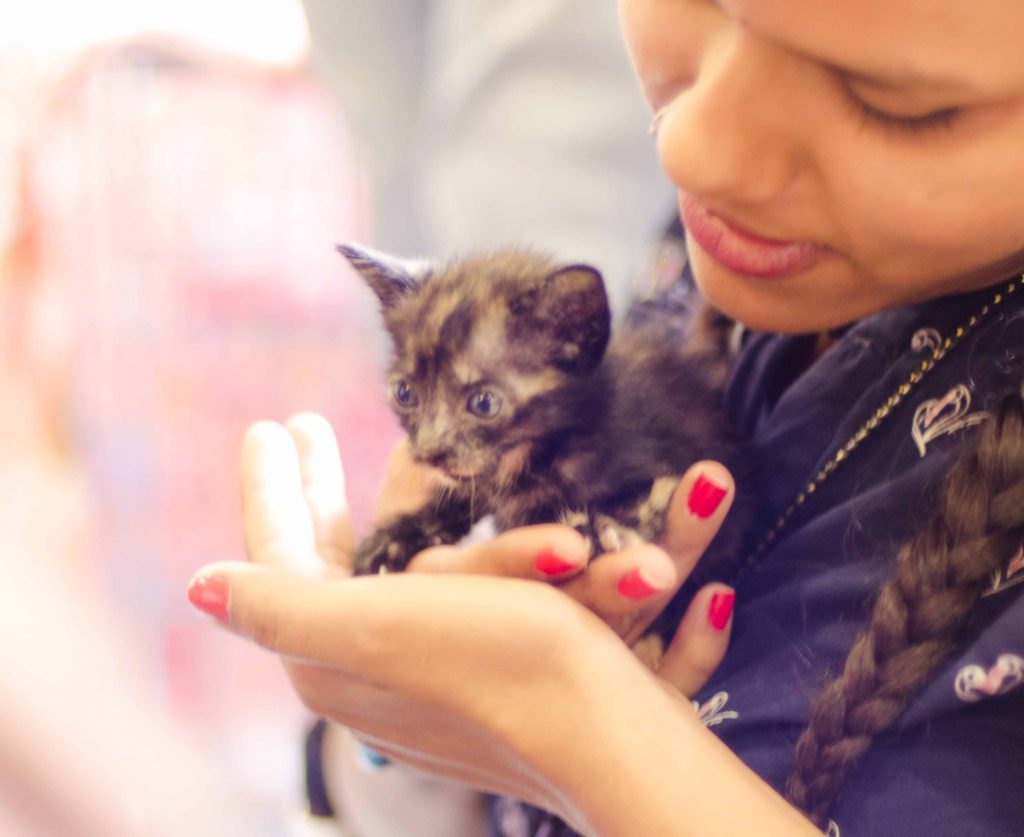 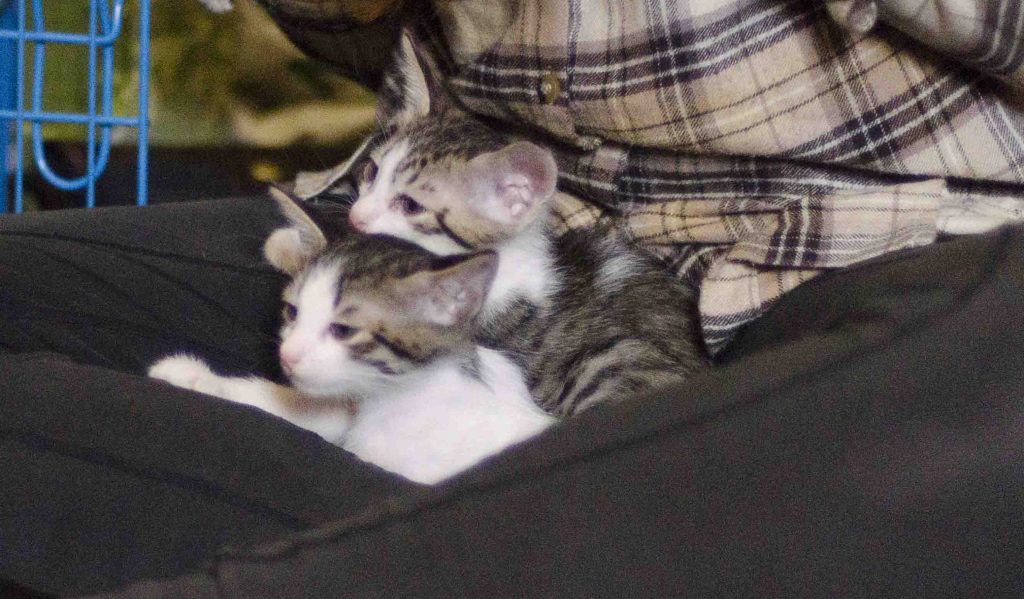 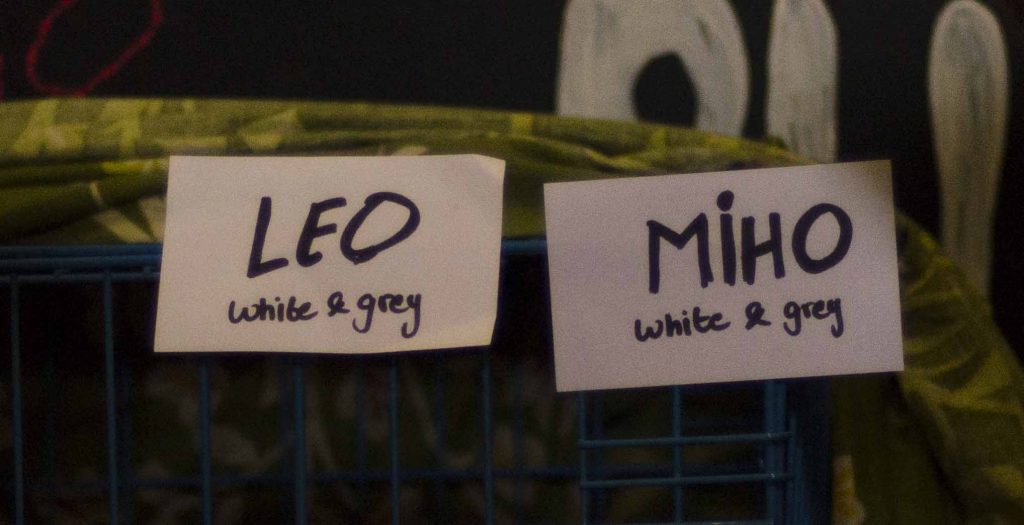