2016 was the year of the Danes at Friendicoes. Not one but 14 Dane puppies were re-homed by Friendicoes this year.

It all started when a case came to the attention of Friendicoes and help was sought. A lady recently returned to India after a long stint abroad arrived with two Great Danes. Soon two became 40. Yes 40! She reached out for help only when things became unmanageable for her. She is not a breeder. She did not want puppies to sell them and make money. In fact she ended up keeping many of the puppies who grew up to produce more babies. Bad news! Because inbreeding is dangerous and unhealthy.  But the damage was already done. 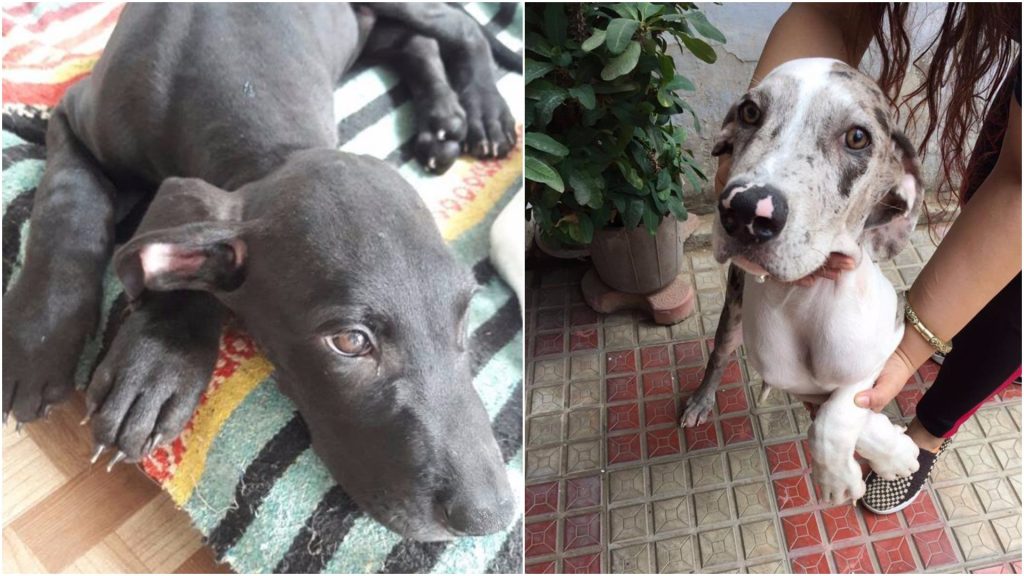 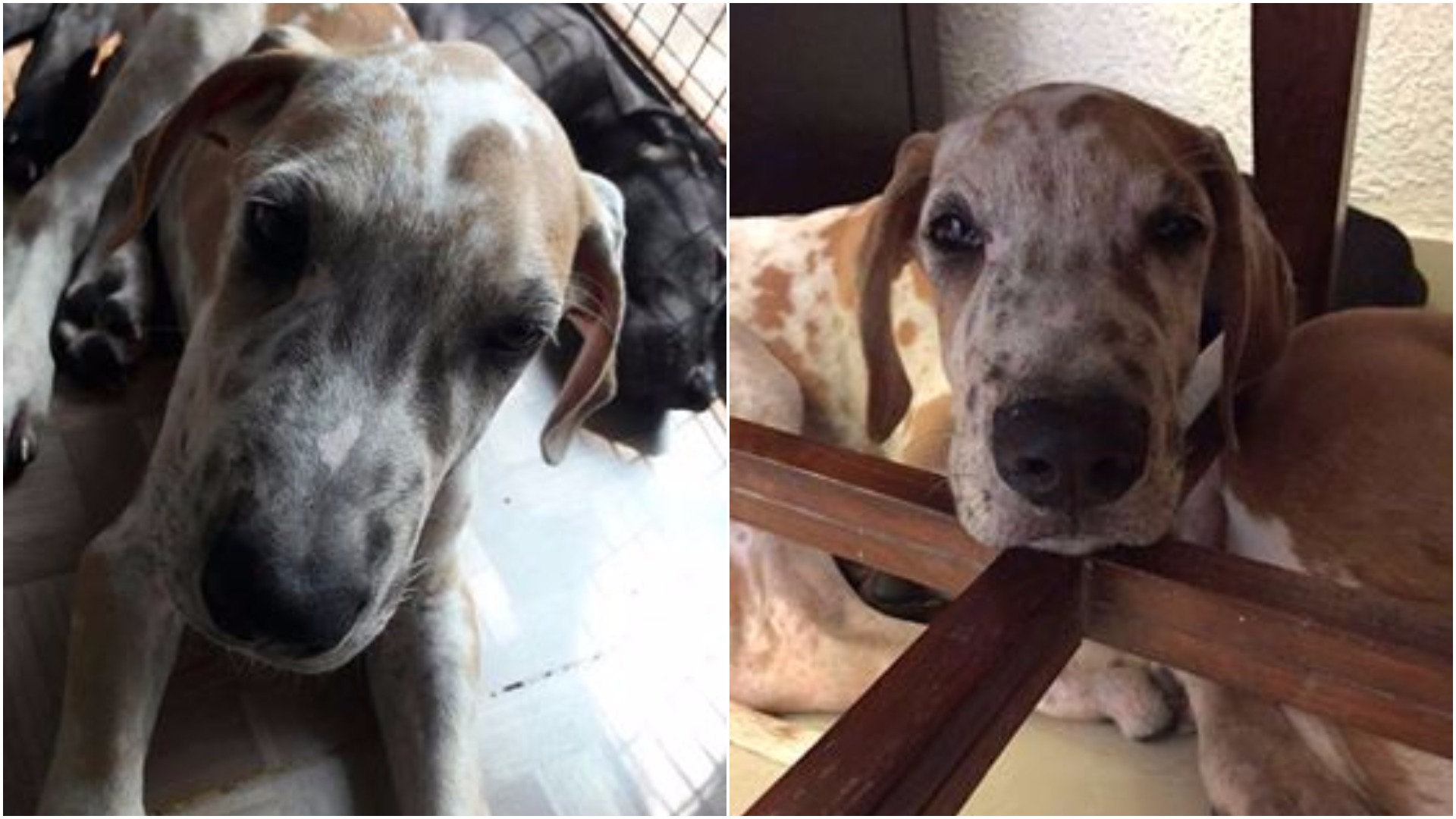 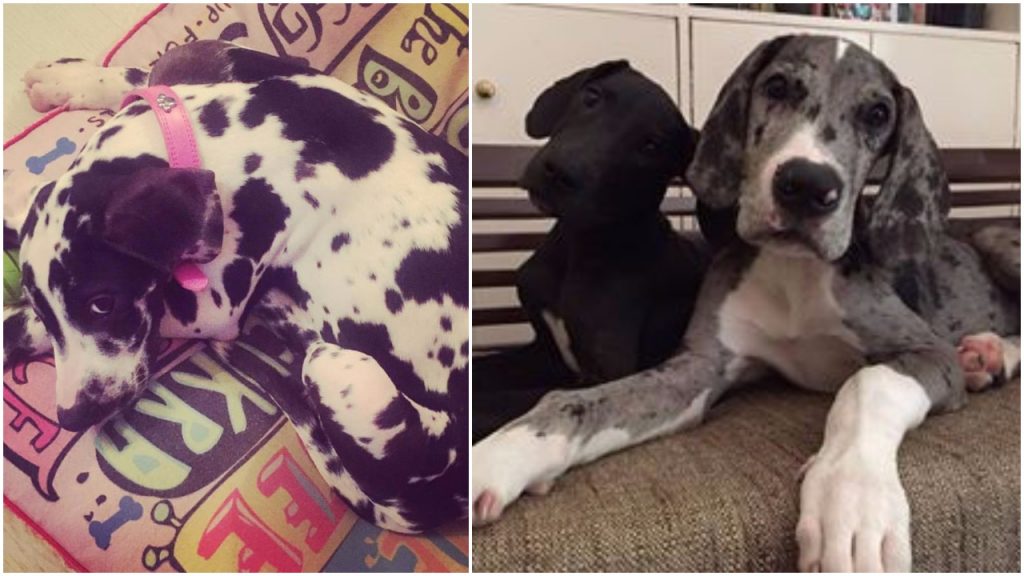 The lady wanted help with the latest 2 liters of puppies. There were 14 of them and thus started the Dane puppy marathon. Luckily we hit a sixer when a longtime friend and Dane lover offered to take on 6 of them for her and her sister’s farm. Now there were 8 more to go. A lot of head scratching, networking, expensive boarding, vet visits ensued. One puppy managed to even break a leg during the waiting period. Again bad news for a dog who could weigh anything from 50 kgs to 80 kgs at full growth.  But rewarding all our efforts with spectacular homes for each of these puppies destiny saved the day all round. 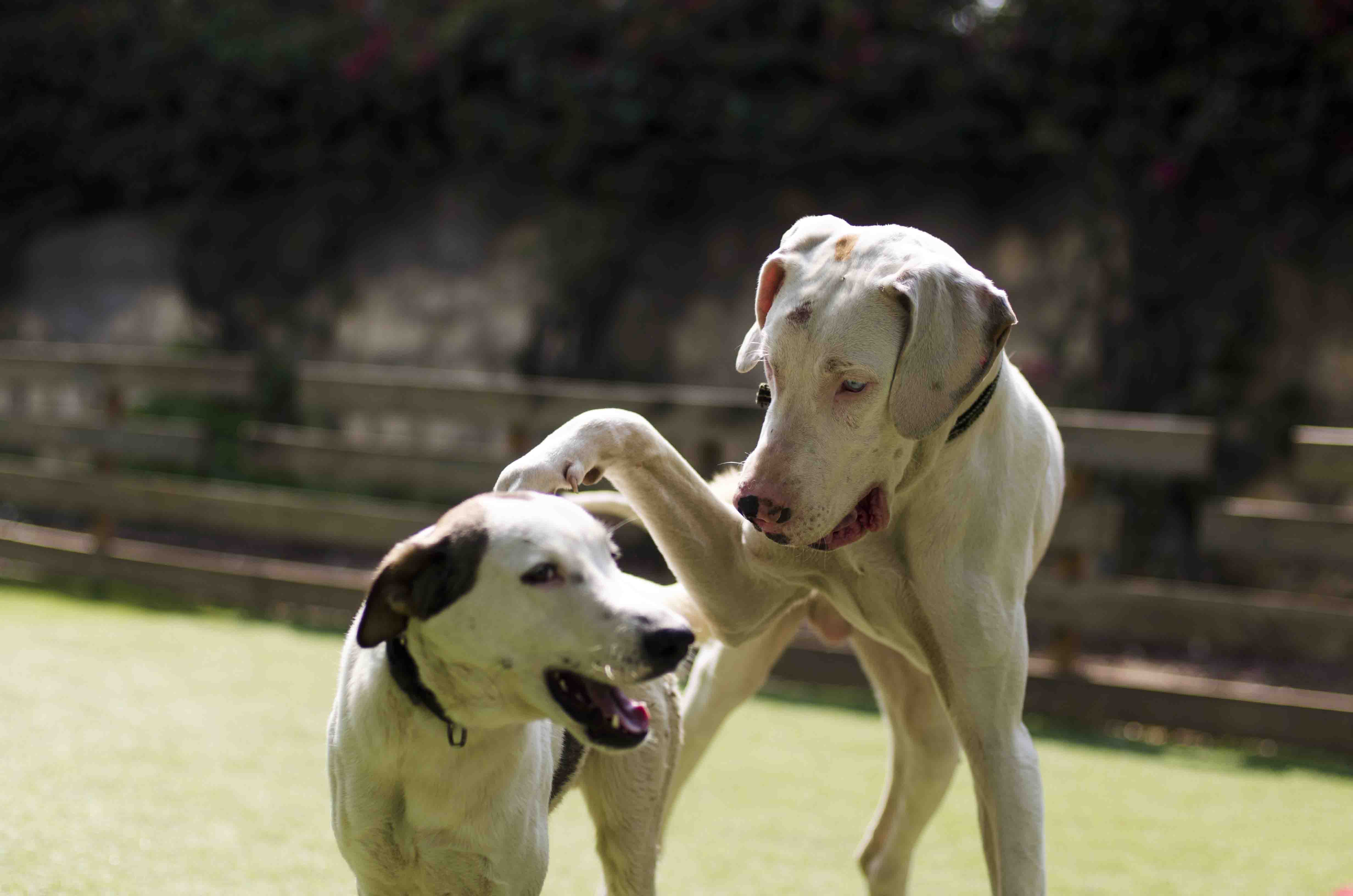 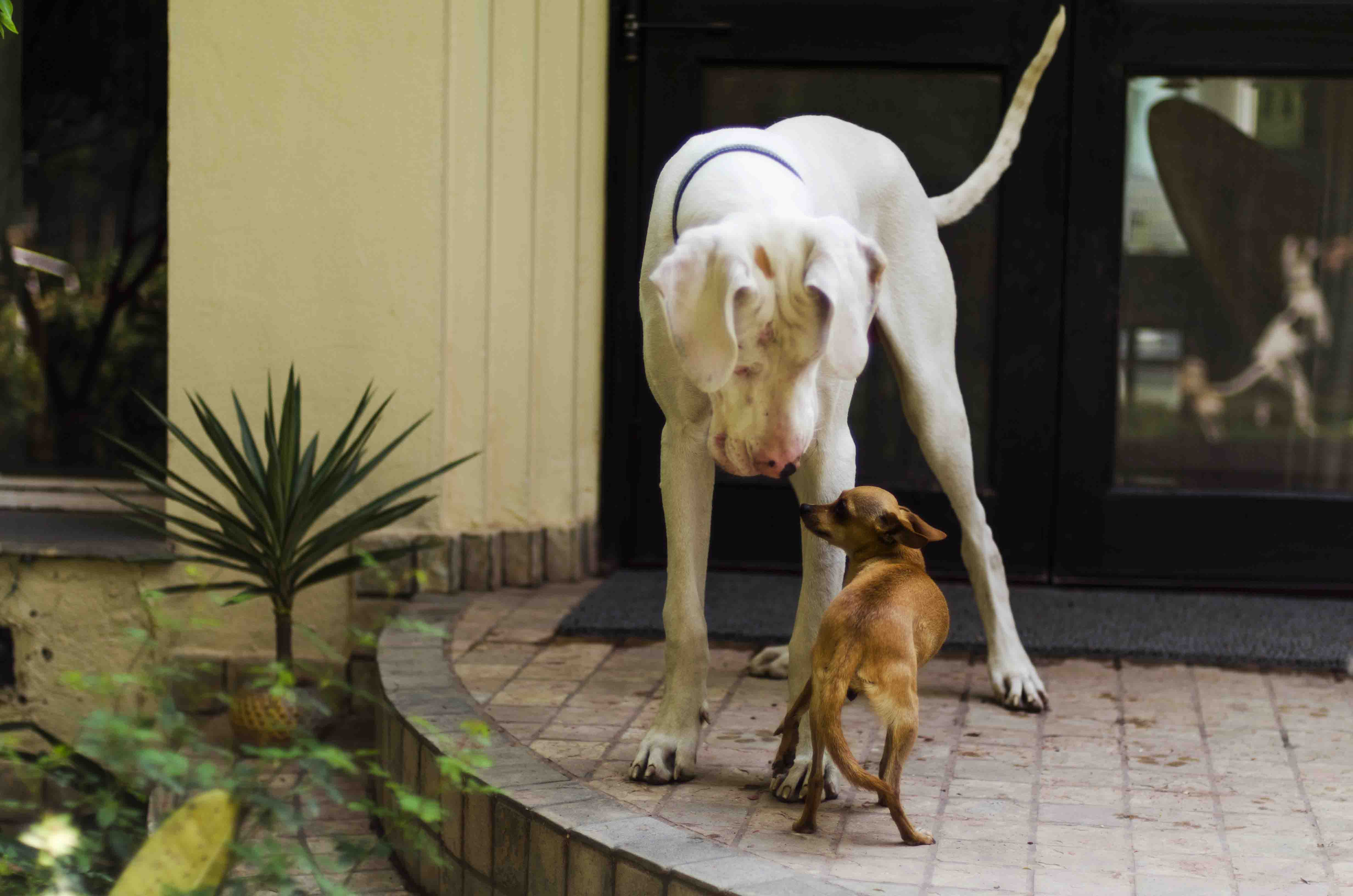 The gorgeous Ruff who broke his leg during play-time went to our friend and supporter Ranjan Chopra and his wife Sharayu who nursed him back to peak form. Ruff, now known as Saheb is 10 months old and makes heads turn with his stunning looks. 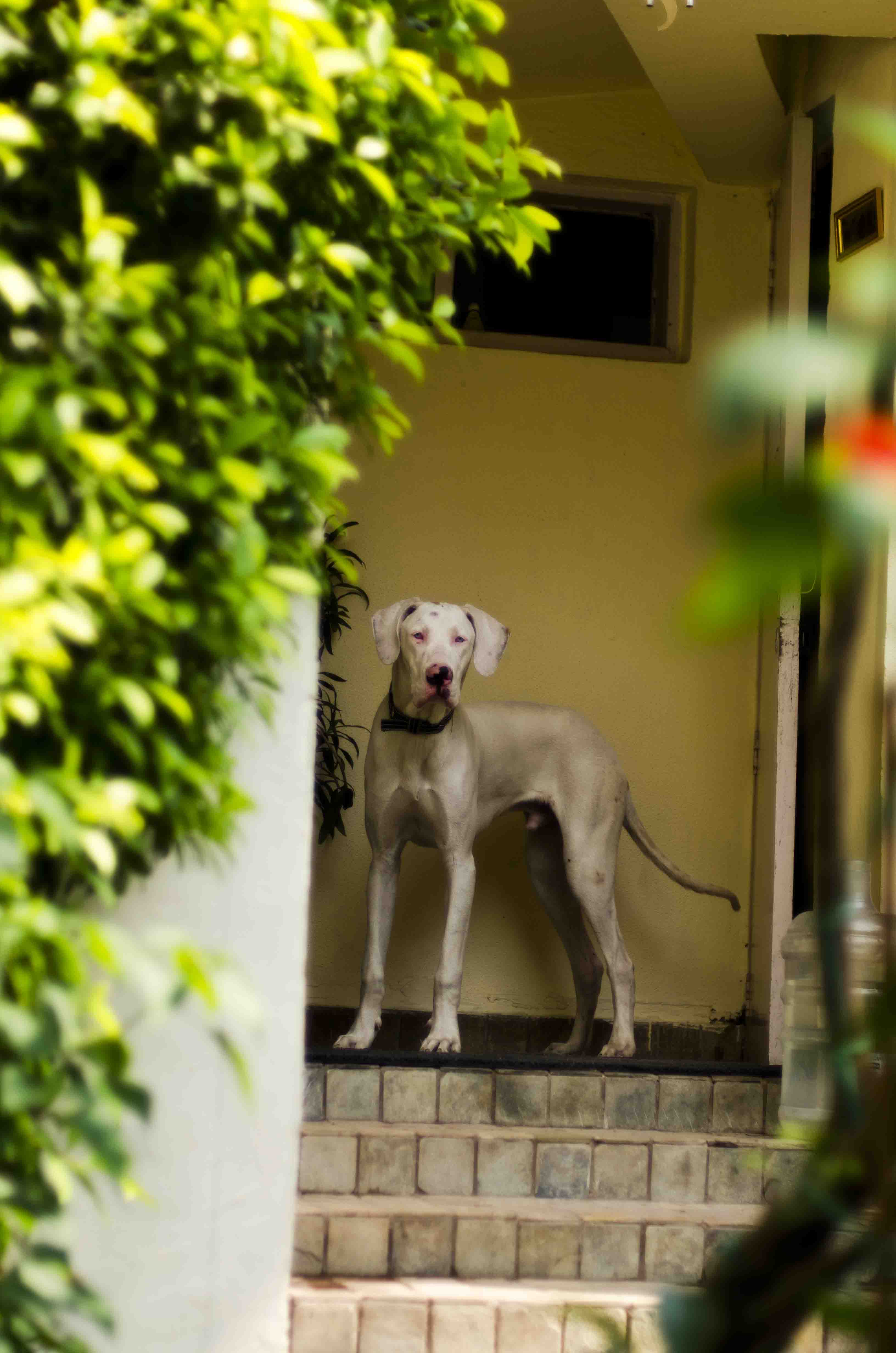 Zoya the pretty girl is now an army brat, part of a pack of 7 mischief mongers. The O’Briens, an army family, have adopted 3 other dogs from Friendicoes. Zoya is the youngest. She is fast friends with Cherie, a 9 years old Spaniel girl adopted from Friedicoes. Zoya& Velvet, the O’Brien’s black Labrador girl also get along particularly well, bonding over their shared love of the tangy tiny oranges that grow in the family’s backyard. 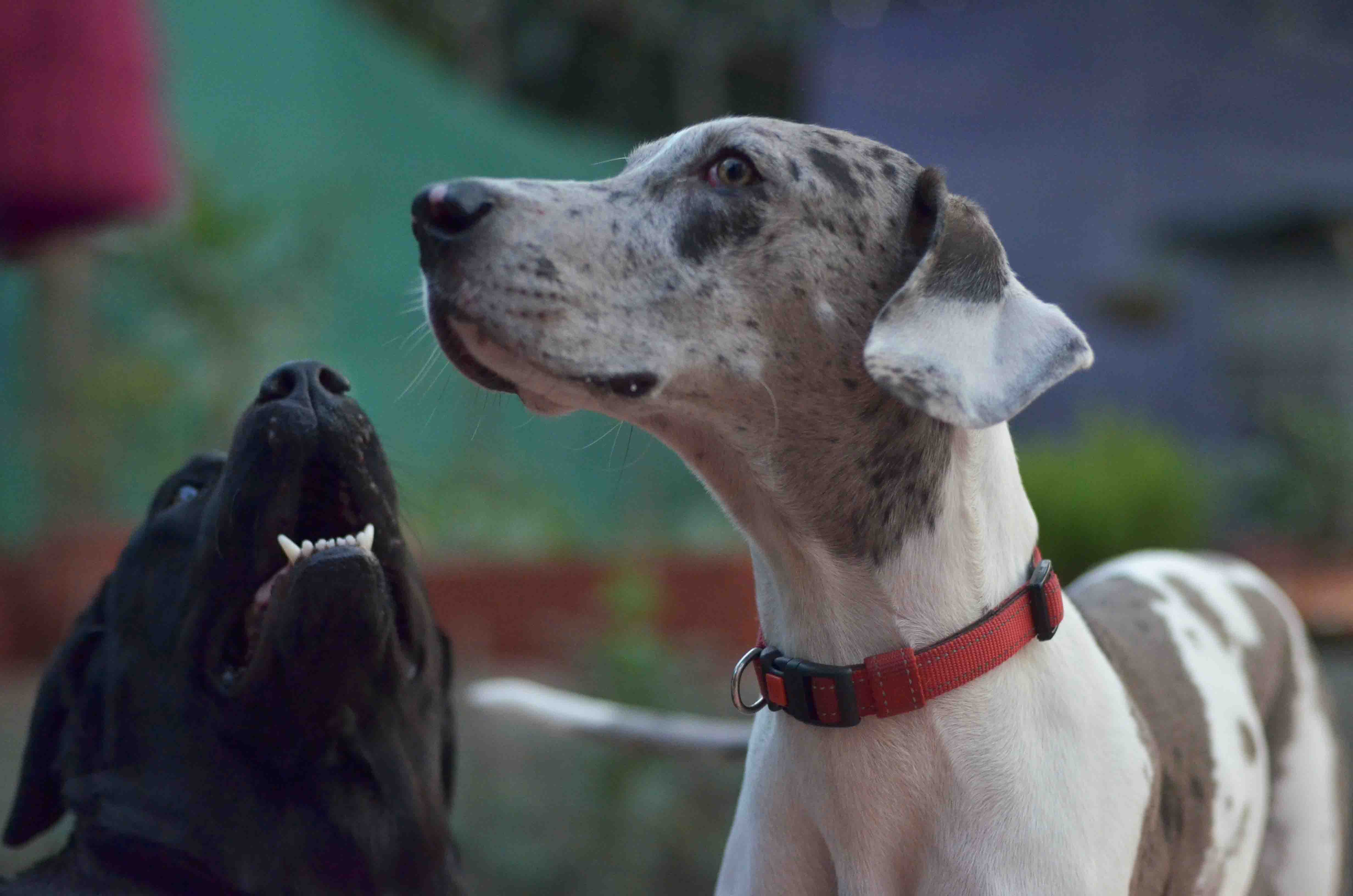 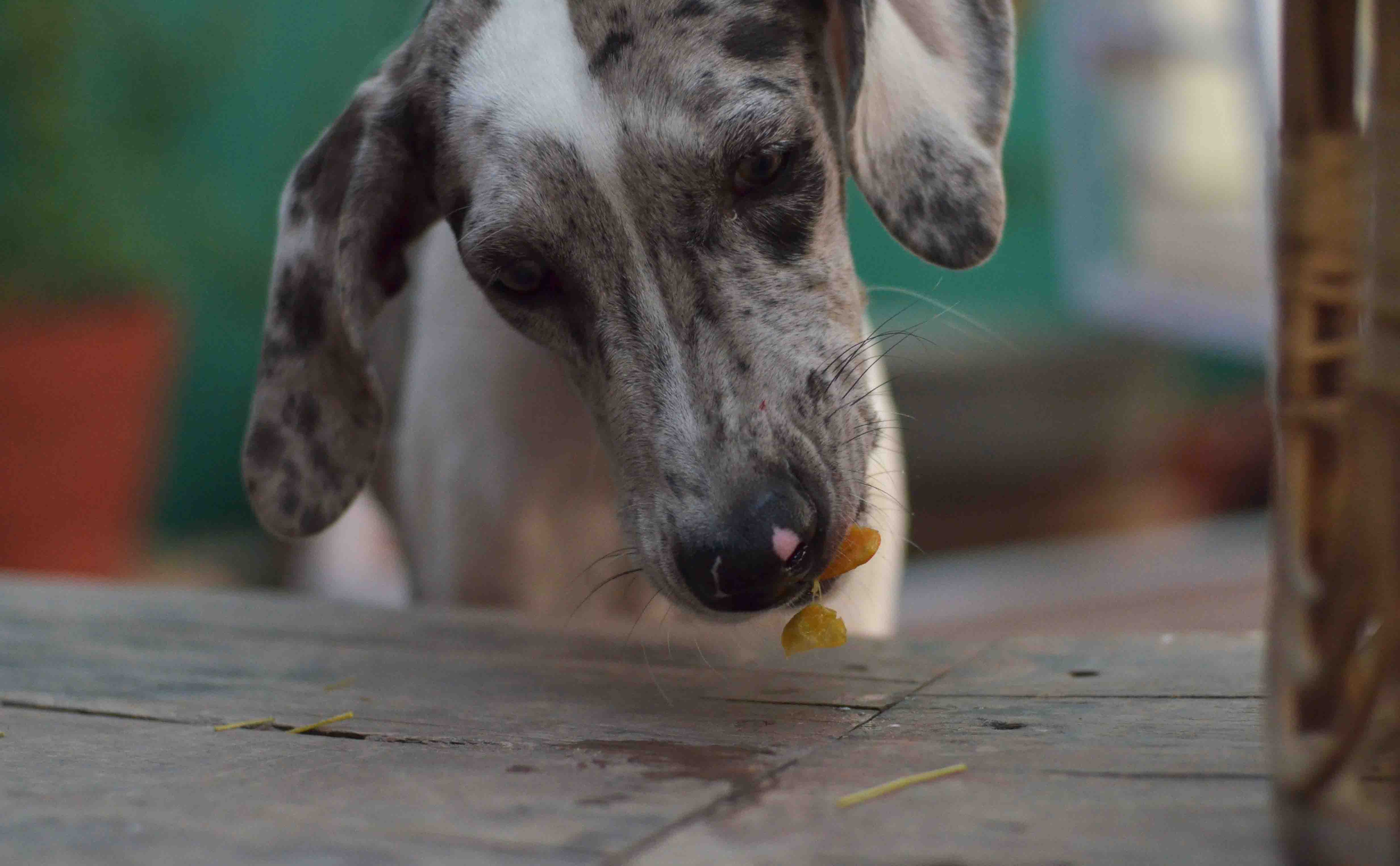 Podi the gorgeous black girl is now part of Sneha and Rohan’s family which also has the beautiful desi girl Idli, also adopted from Friendicoes. The two girls have opposite personalities and though they are good friends, Idli ensures Podi does not forget who the boss is. 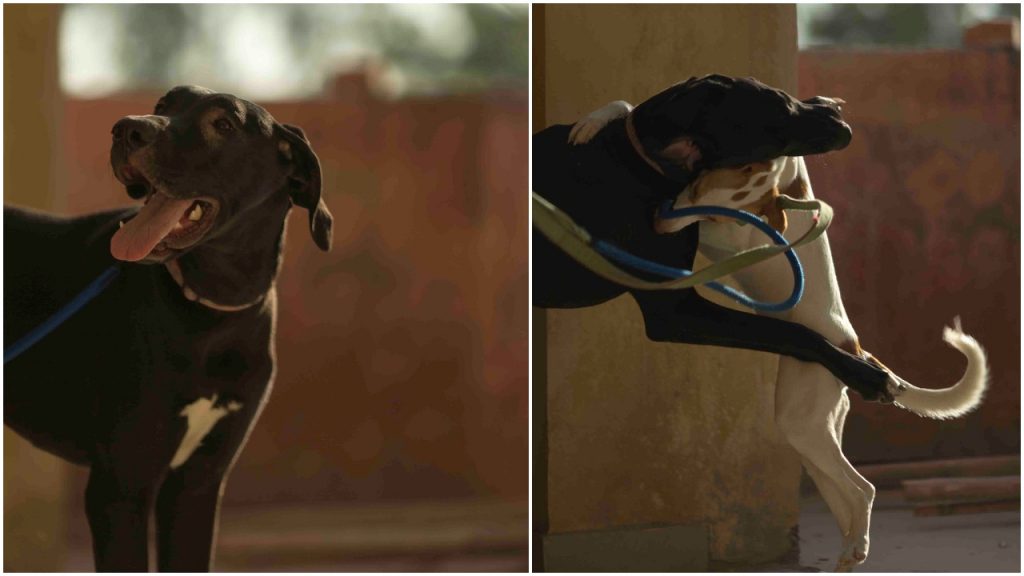 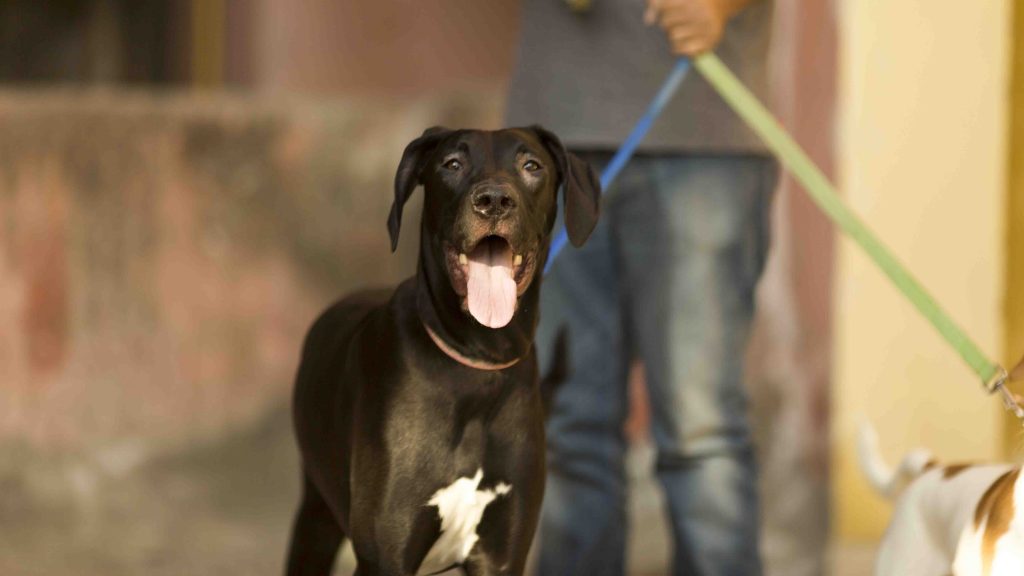 Good looking Boris went to another dog loving family who are devoted to him and his little Labrador brother. The little imp bugs him no end but Boris takes his role of big brother very seriously and only acts when junior needs to be put in place.

The exquisite Zoey was adopted by Arjun and NatashaKocchar and became part of their brat pack of 8 dogs, all adopted and all except one from Friendicoes. 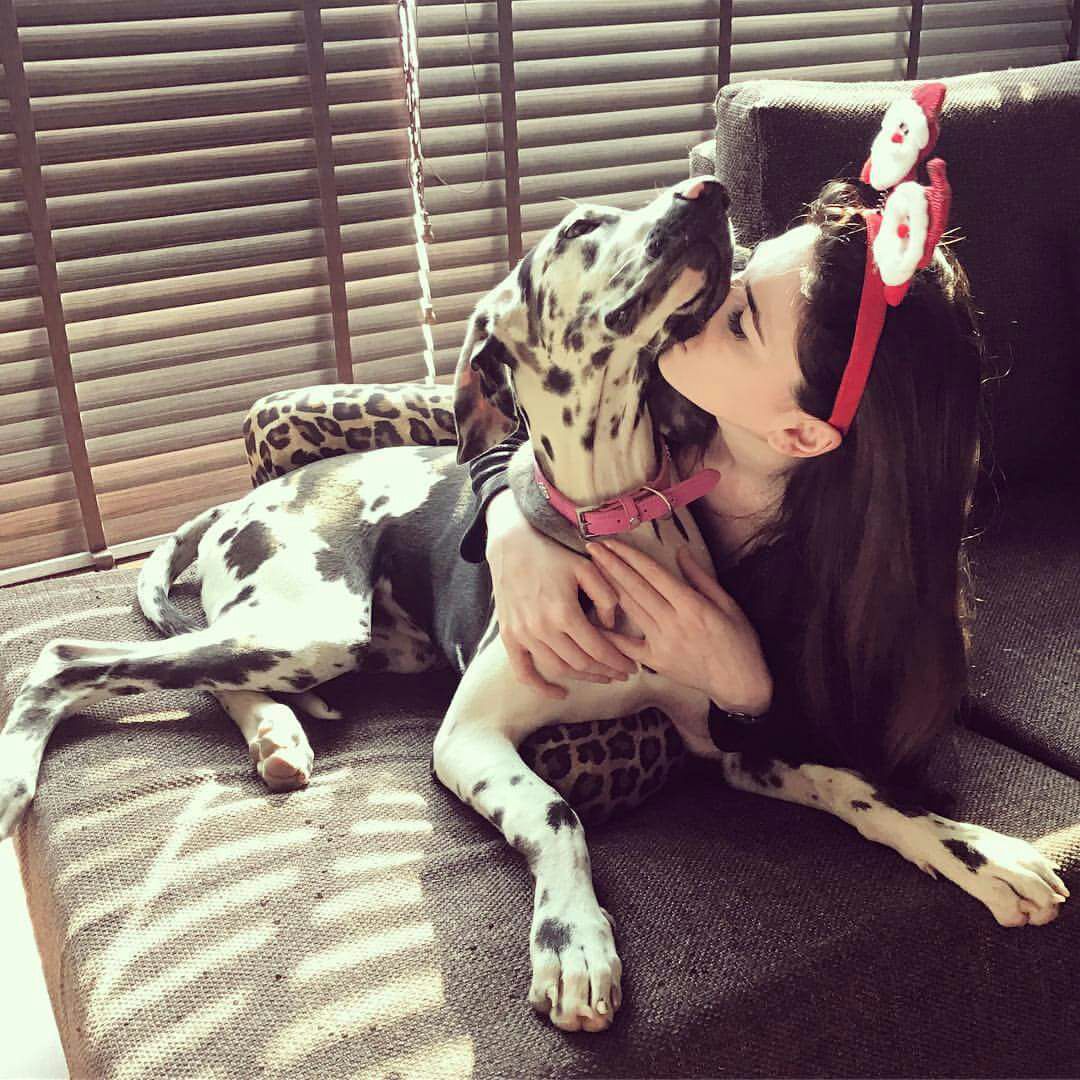 Then there is Giraffe and Doggess who have gone to a beautiful farm at the foothill of Uttarakhand. They have joined two senior canine members there who are now enjoying a retired life leaving the “guard duties” to these two scamps. So the days are spent in protecting their territory from the monkeys and the langurs and the insolent crows and the menacing birds of prey. 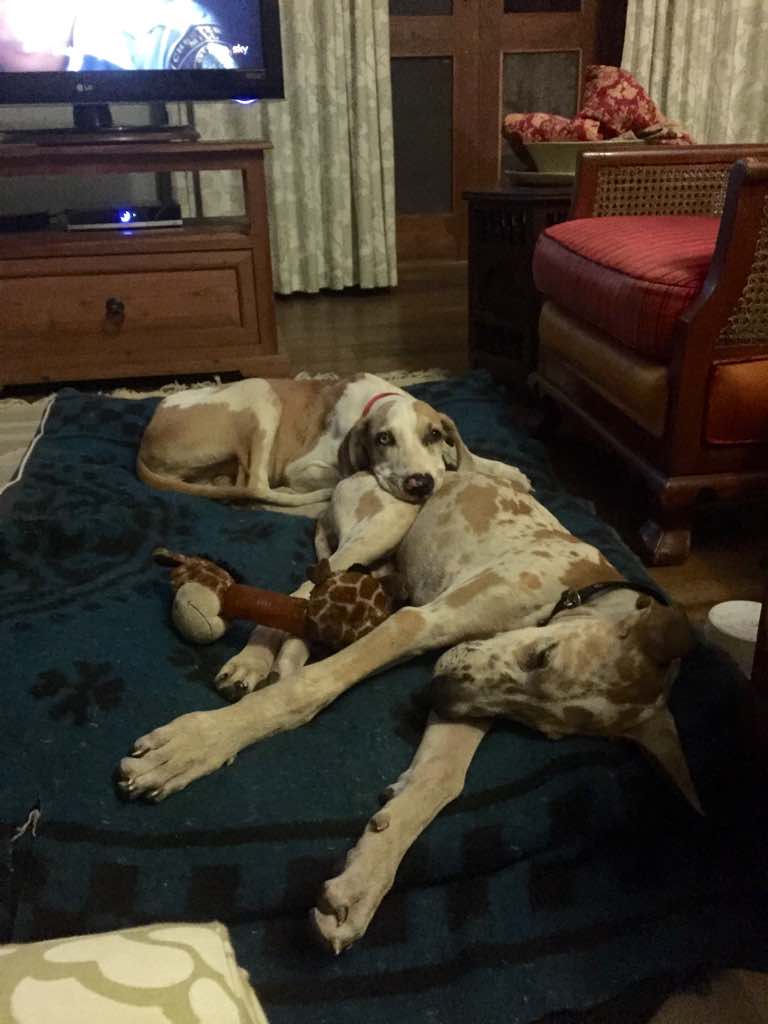 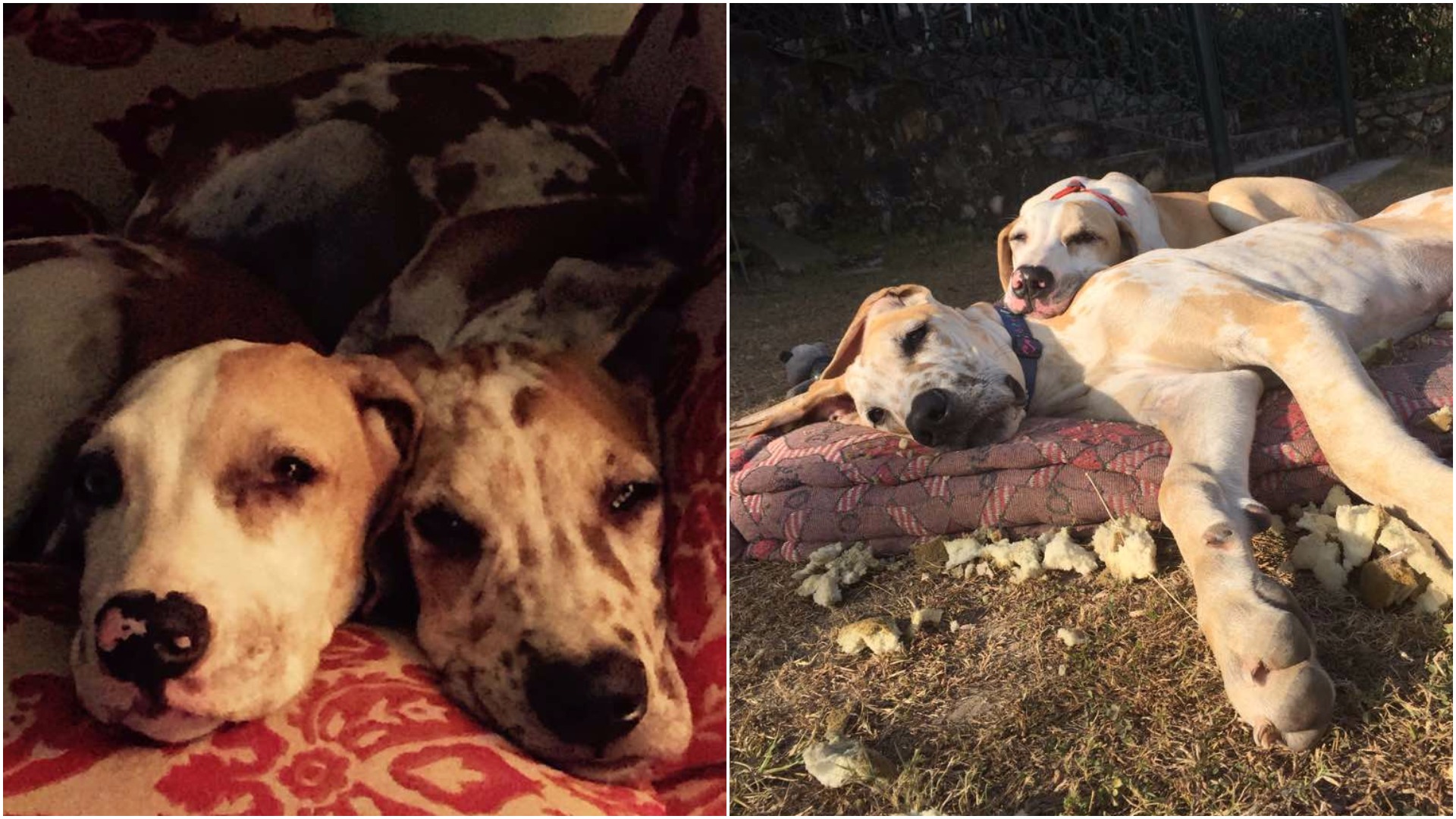 The runt of the siblings, Luna aspires to grow up to be exactly like her big brother Husky, if not taller. She can be seen in tough competition already. She loves food and can be found waiting outside the kitchen within an hour or two of her last meal, in hopes that someone will feed her a second time around. She adores her family and couldn’t be happier elsewhere. 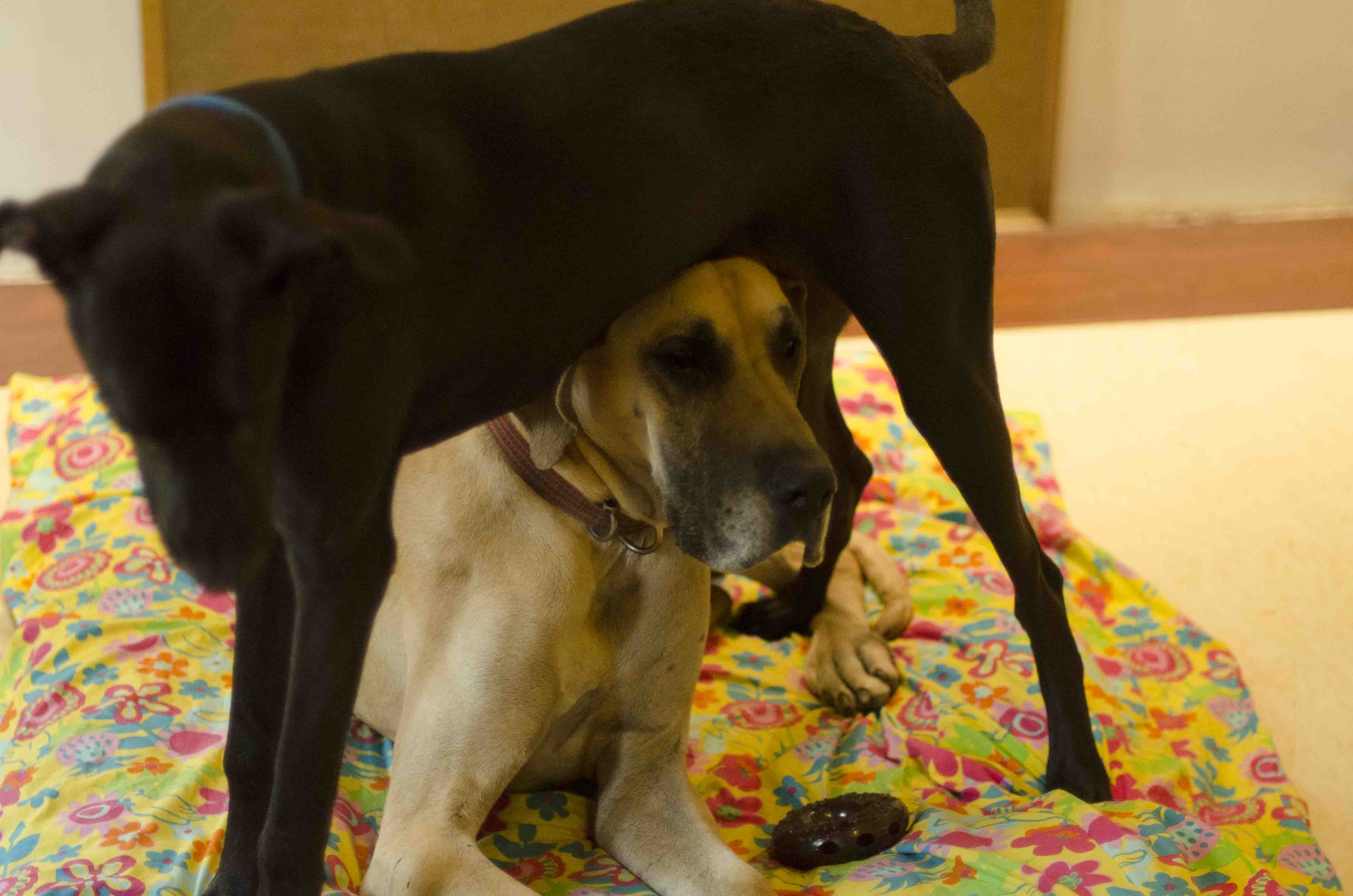 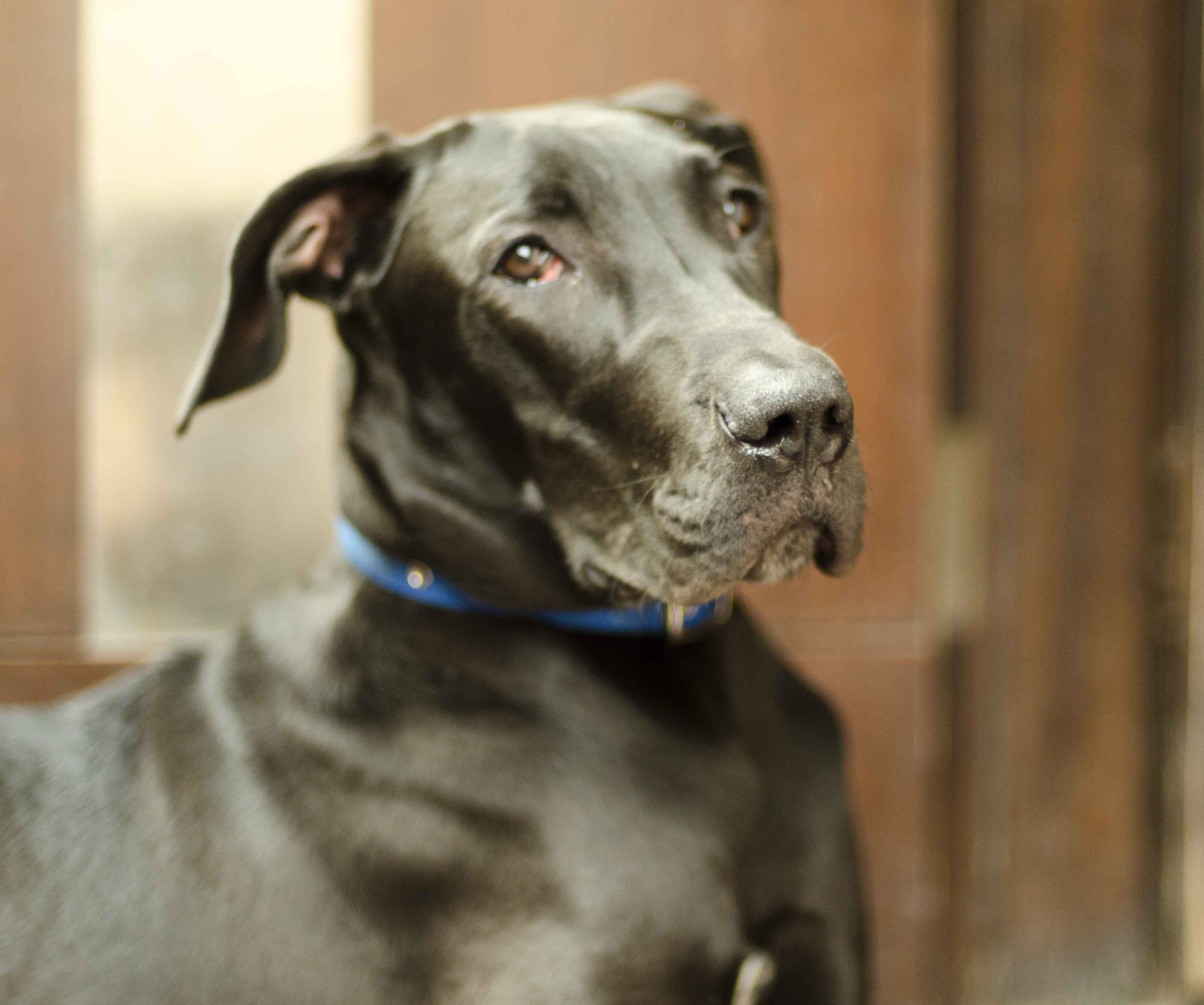 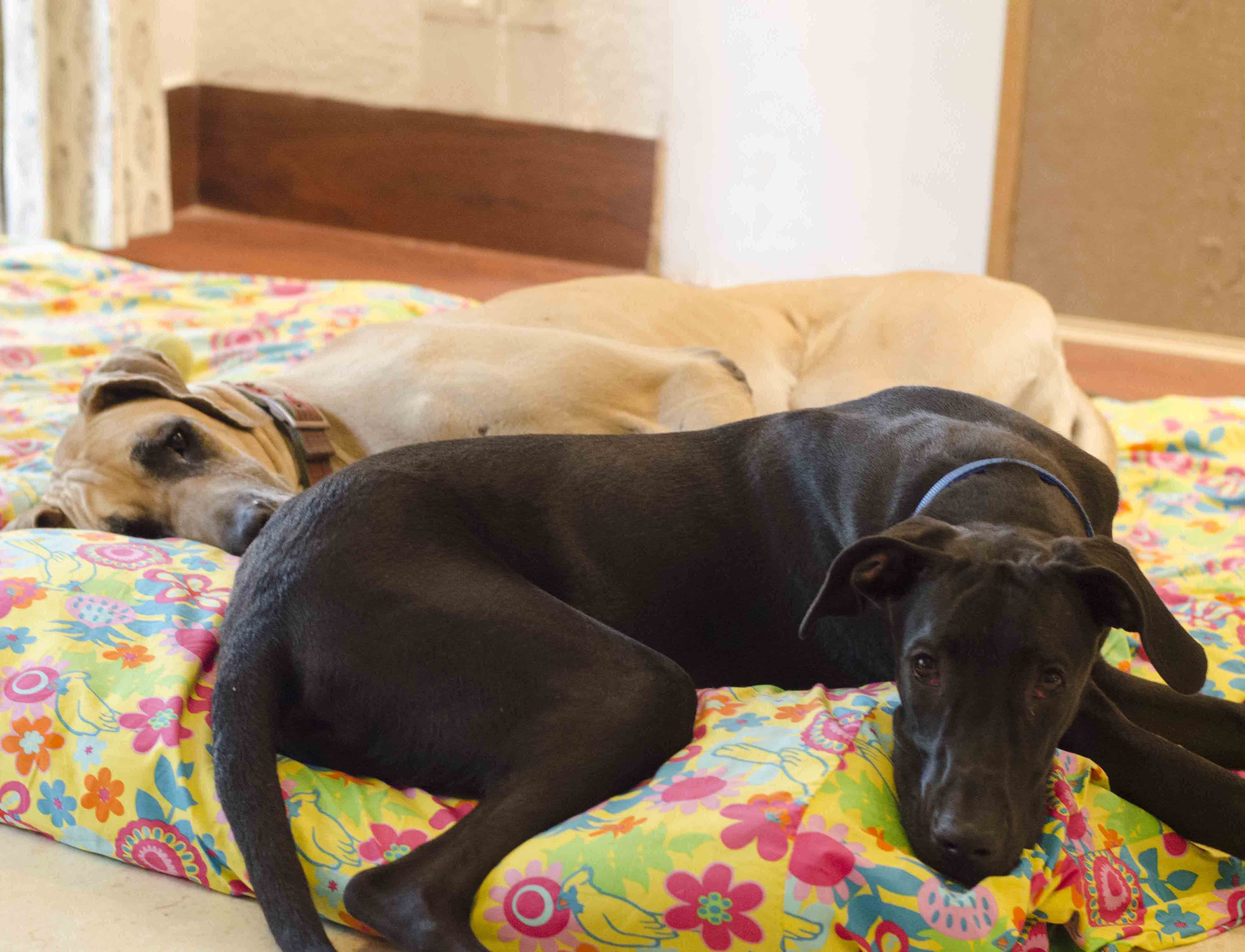 Dog breeding is not something that is taken lightly by anyone working in the animal welfare field. Shelters the world over encourage adoptions and spay/neuter in place of breeding/buying of pets. Whether ethical or not, licensed or not, breeding will be an area of contention for someone who has worked in a shelter and have seen hundreds of animals die an unnecessary death, consequences of human greed, selfishness and apathy.

In a world where thousands of dogs get abandoned at shelters and stray populations continue to grow, to an animal welfare person it seems quite preposterous to intentionally breed dogs and add to the existing population. Especially so when one comes across irresponsible ‘accidental’ backyard breeding.