Spay/neuter in the Andaman’s – Friendicoes

Spay/neuter in the Andaman’s

Spay/neuter in the Andaman’s

The 2004 Tsunami in the Indian ocean was one of the deadliest natural disasters in recorded history. While the direct effects were concentrated in south east Asia, it sent shock waves through hearts and minds across the world. As a consequence, the humanitarian aid effort was also unprecedented, with funds over 6 billion dollars raised by the UN relief fund. The cataclysmic event had a considerable impact on our collective conscious and imagination, resulting in great empathy, humanity. Till date the fears and concern surrounding the disaster has left an impact on our collective psyche, resulting in several works of art and literature such as award winning Spanish- English film ‘The Impossible’.

Despite the quick and pervasive humanitarian effort that followed the disaster, an aspect often forgotten in times such as these is man’s compatriots in nature. “The Visakha SPCA,  the Blue Cross of India,  Wildlife SOS, and Friendicoes Society for the Eradication of Cruelty to Animals — and other humane societies were in action, engaging in animal relief efforts. The ensuing two-month relief effort was by far the largest in the history of the animal welfare movement to that point,  and remains the largest in numbers of animals helped and amount of territory covered” says the Greenville post, “While the Visakha SPCA,  Blue Cross of India,  Karuna Society,  and allied organizations covered the Bengal Coast,  Wildlife SOS ventured as far as the Andaman Islands,  arguably the hardest-hit region other than Banda Aceh,  Indonesia,  where the tsunami first struck.” 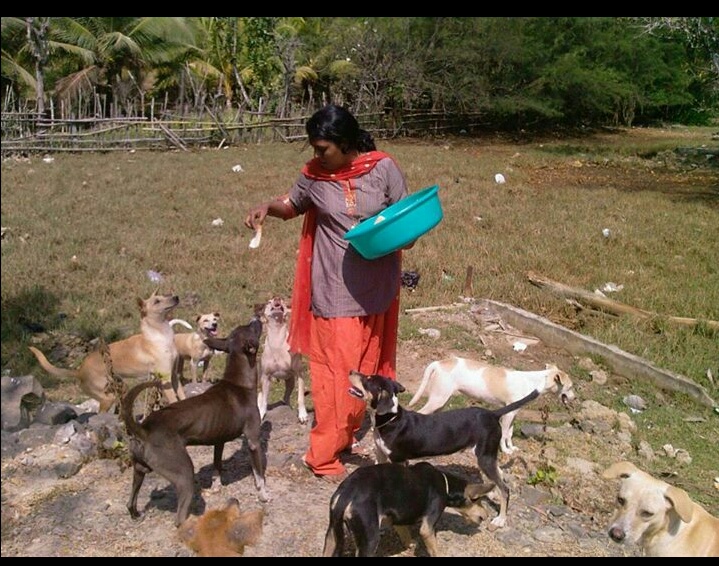 Friendicoes first arrived in the Andaman and Nicobar islands following the tsunami for relief work at the urging of Dr.Geeta Gladson, who recalls “Kartick Satyanaryan of Friendicoes and WSOS along with Jonathan of One Voice arrived on the 26th of January”. As relief work was concluded, other organisations left, but Friendicoes decided to stay behind, continuing to feed the stray population of dogs and cattle, re-homing animals and providing free veterinary services to victims. Noting the lack of animal welfare organisations and huge numbers of stray population, Friendicoes decided to set up an ABC programme in the islands with the help of Dr. Geeta Gladson and Dr. Sarvannan. 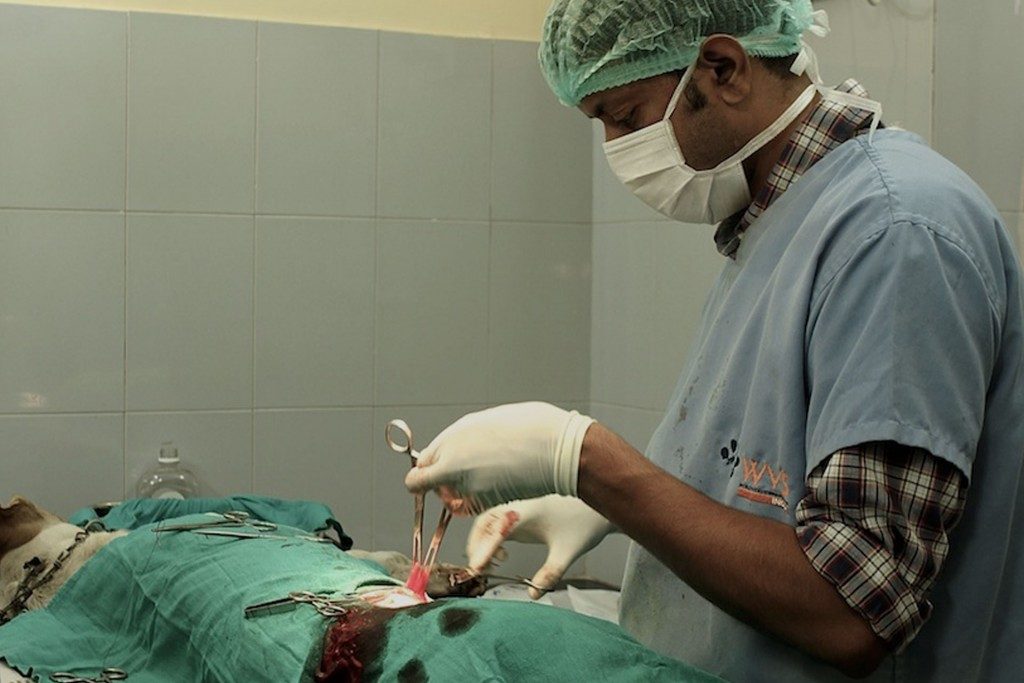 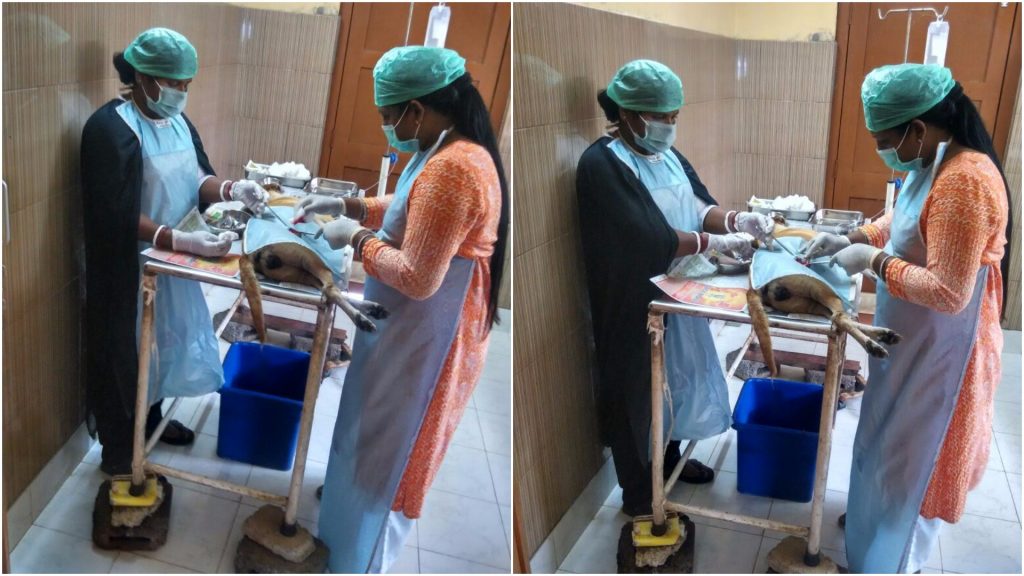 Till 2009, the stray feeding, ABC and vaccination programmes continued slowly gaining support from the municipality and local animal husbandry department and in 2009 they provided Friendicoes with space for a shelter in Port Blair. With support from locals and volunteer aid, Dr Geeta with help from Dr Sarvannan was able to conduct sterilisation camps in the islands of Neil and Havelock. 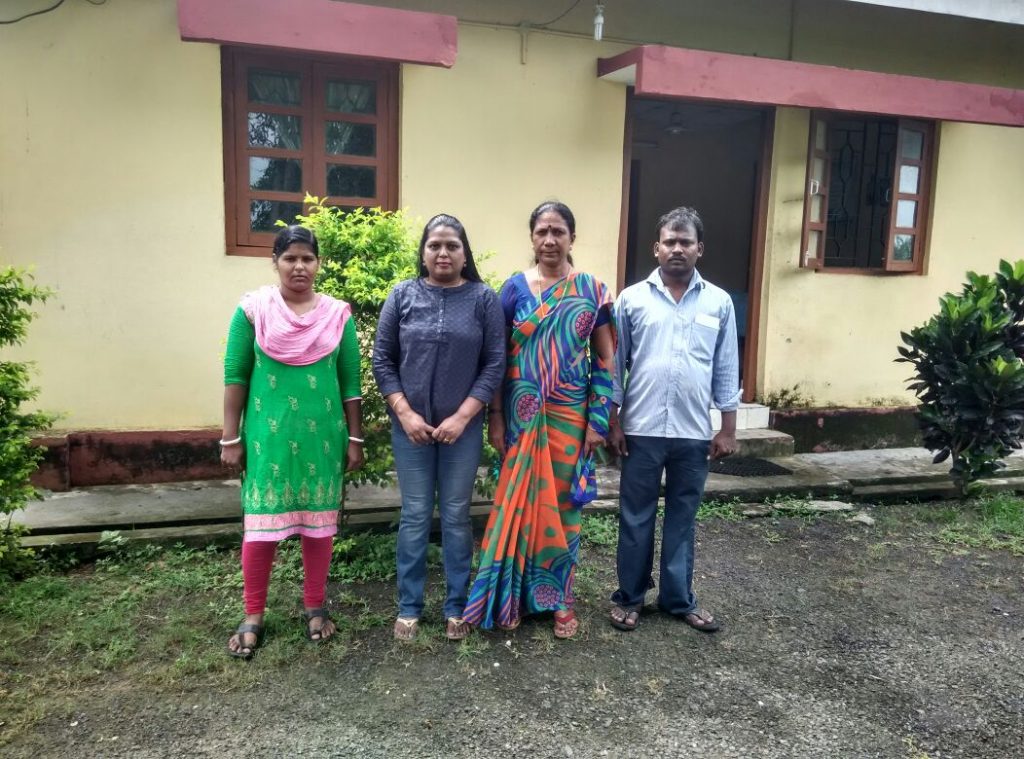 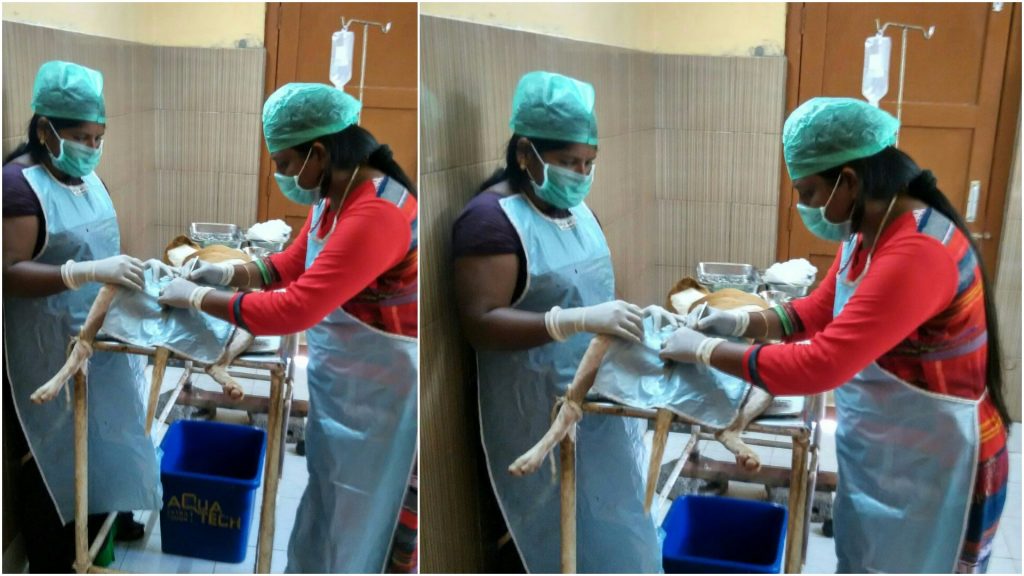 At present the shelter in Port Blair has a staff of three supporting Dr. Geeta who is unfortunately the sole veterinarian at the moment. Currently the main focus of the centre is the ABC programme (animal birth control), vaccination and local stray feeding. While they used to sterilise 180-220 dogs per month when the programme started, the number is now between 80-120, Dr. Gladson tells us that this is due in part to the number of dogs on the Port Blair island being under control. The PBMC (Port Blair municipal corporation) handles the catching and release of the animals, they catch four days of the week and two days are dedicated to release, and as per the ABC programme rules the animals are released in the same location from where they were caught. 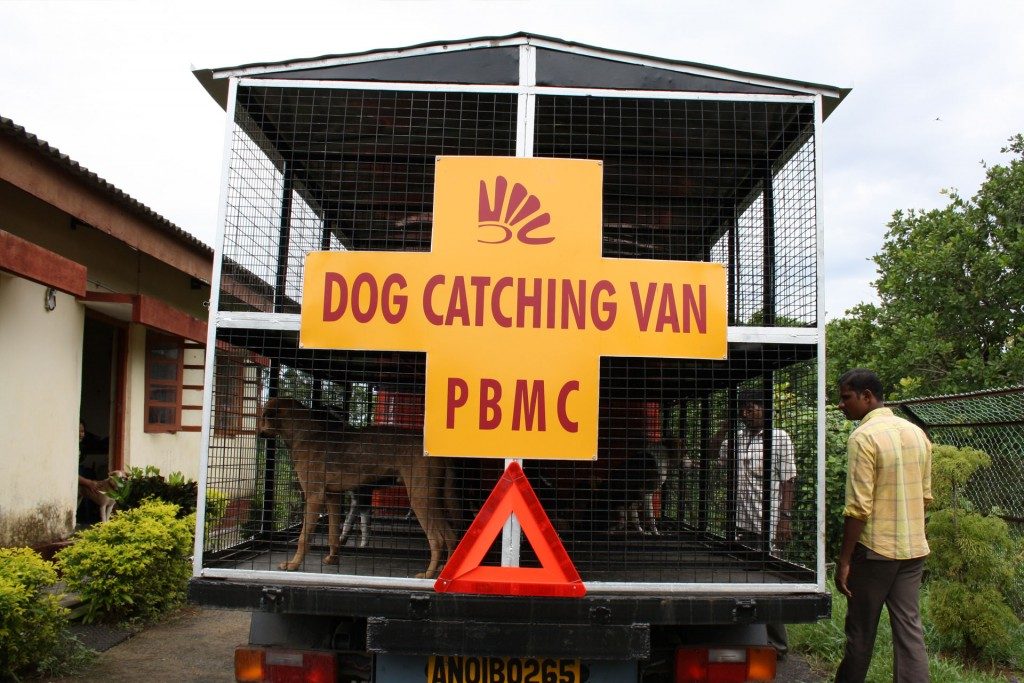 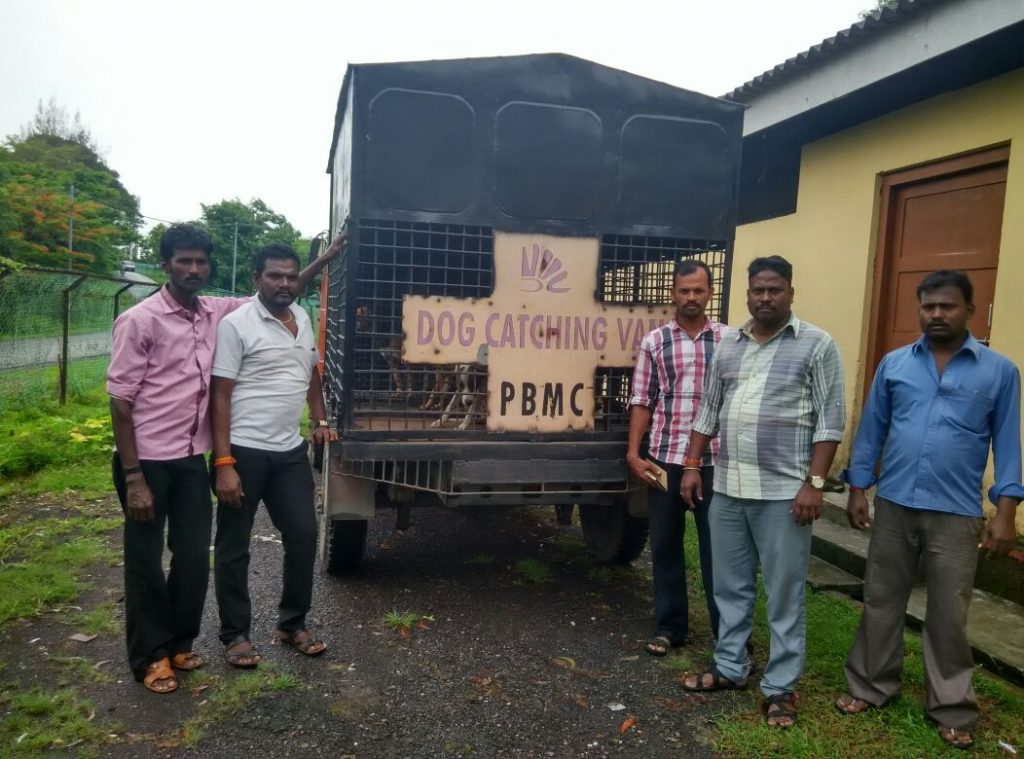 The entirety of Andaman and Nicobar Islands are 100% rabies free, says Dr Geeta, and the vaccination programme therefore goes a step beyond the general standard. The dogs are vaccinated against canine distemper virus because of an outbreak that previously occurred on the island along with regular deworming.

The Andamans chapter of Friendicoes, apart from its ABC duties also strives to create and encourage empathy in the minds of local residents, putting particular emphasis on adoption and teaching children to be kind and benevolent in their approach towards animals. To this effect, Animal Welfare Fortnight is celebrated annually marked by marches for creating awareness, bird watching, beach cleaning and screening of films like “Compassionate Citizen”, all activities designed to help kids understand and intelligently engage with nature and learn to appreciate its beauty. 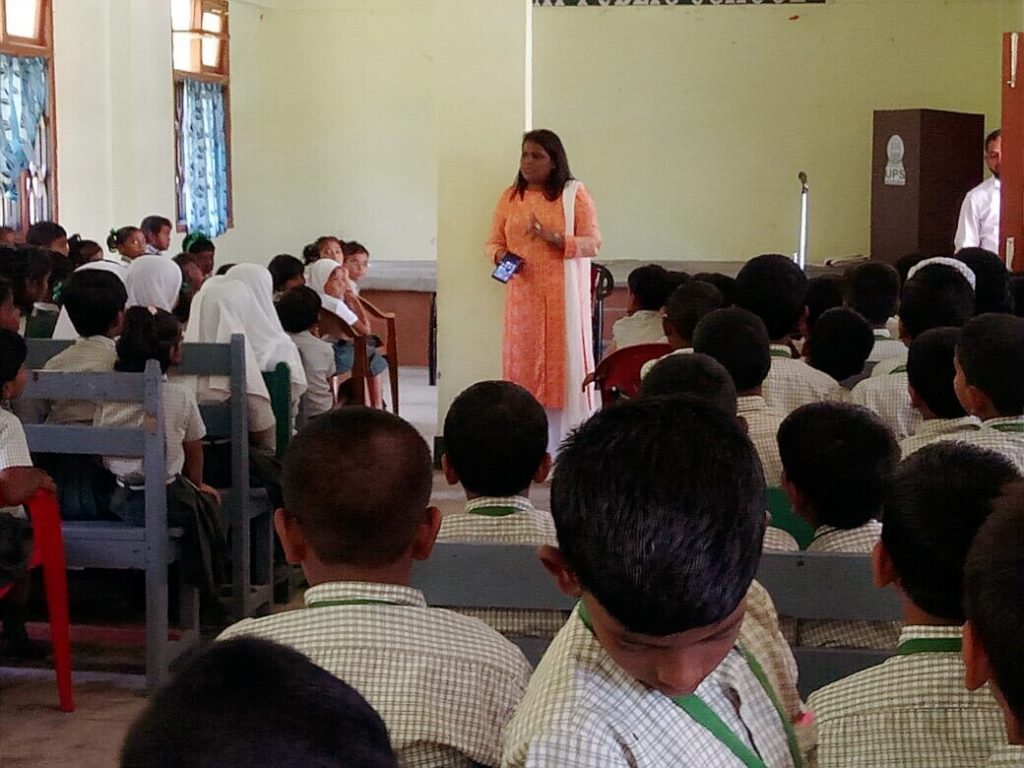 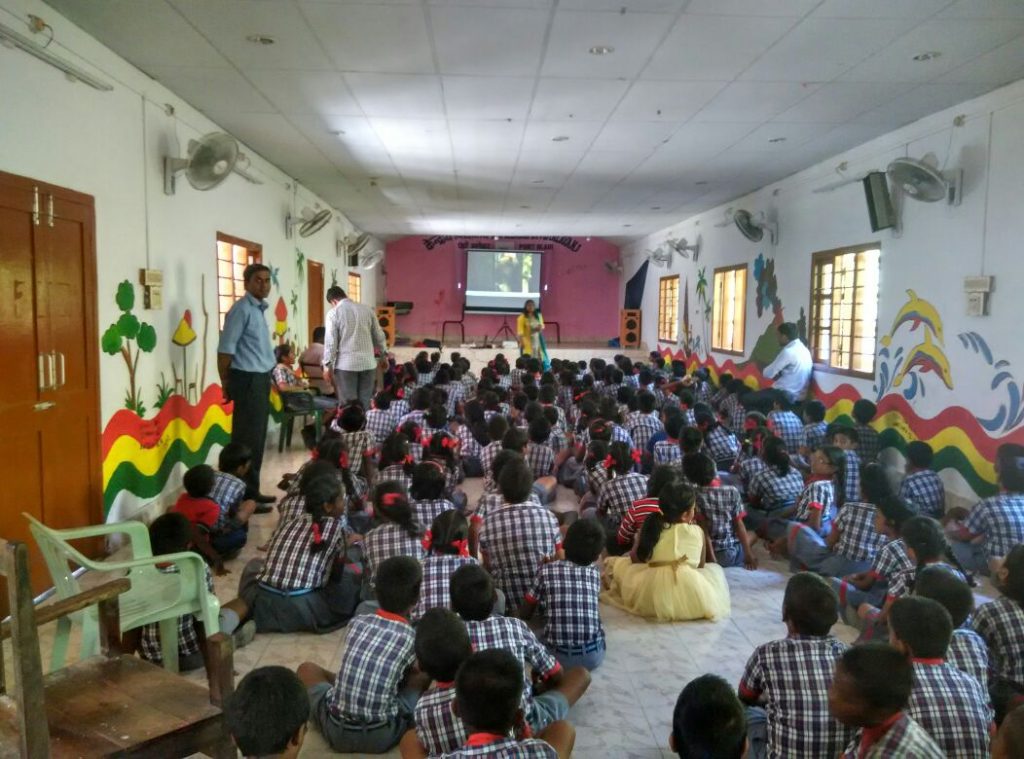 While the loss of human life during the tsunami was quite considerable, the loss incurred to the environment will continue to impact the island for years to come. The death toll along with the damage to entire ecosystems like mangroves and coral reefs was not insignificant, and we must continue to cherish and protect what we have.