Pursuing our “Love for the Exotic” – Friendicoes

Pursuing our “Love for the Exotic”

Pursuing our “Love for the Exotic”

In 2003, Hutch Essar came out with its “You & I” ad campaign featuring the pug Cheeka, so successful was this ad campaign that 15 years later Vodafone continues to feature the animal in their ad films routinely. An unfortunate consequence of this marketing genius was the explosion in demand for the breed, as the whole nation was swept off its feet by the adorable ‘pug nosed’ dog. A similar phenomenon occurred with the 101 Dalmatians movie, and the breed is still recovering from the ill effects of over and irresponsible breeding. And the story goes on.

It’s a tale as old as time, our “love for the exotic” transcends all logic and reason, with new trends and passing fads determining the “demand” of a particular “commodity”. Here the commodity in question is a living, breathing thing makes little to no difference to humans out to exploit their potential and make some fast bucks. In India, we have lived the “Labrador” phase followed by the “Pug” phase and the “German Shepherd” phase moving on to “Saint Bernards” who are also now passé. In the last few years, with the rapidly growing popularity of “Game of Thrones” which features Northern Inuit dogs and the twilight series along with various other werewolf fiction, a rising demand for wolf breeds can also be seen. The more exotic the better.

Bring on the Akitas, the Chow Chow, the Siberian Husky, Alaskan Malamutes, Newfoundlands & the Belgian Malinois. Breeds which are extremely ill-suited to our temperate climate and lifestyle are now becoming more and more popular. While 10 years back a St Bernard was a rarity and a Husky unheard of, Akitas an unknown breed, today they can be found abundantly in cities like Delhi, Mumbai, Kolkata and Banglore; even smaller cities have seen an increasing demand for these dogs. This is just as disastrous as the rise in popularity for brachycephalic dogs such as pugs, bull dogs which have a number of health problems related to their genetic make-up. Huskies and St Bernards were bred to do hard work and to survive extreme weather on the Swiss alps and Siberia. Not only are they unsuitable for an idle apartment life, they are also ill-equipped to endure the hot Indian summers. 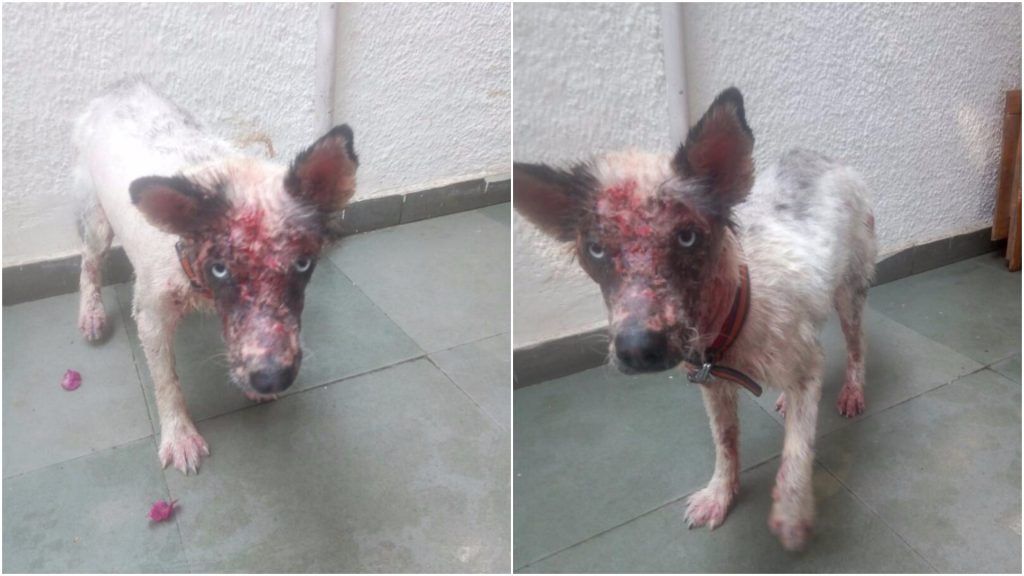 The first “rescued” Husky arrived at Friendicoes in June 2016. He was found on the roads of sweltering Gurgaon no less. Covered in wounds & lesions with almost no hair on his body, he looked like anything but a Husky, except for his eyes which gave away his pedigree. And a young one at that, hardly a year old. We called him Fateh. He was found to be suffering from extreme skin conditions resulting from months of neglect and abuse. He had scabs and bleeding wounds apart from a scared, timid personality. His skin tests revealed a host of problems starting from bacterial infection to mites and red mange and to top it he also turned out to be highly resistant to antibiotics. 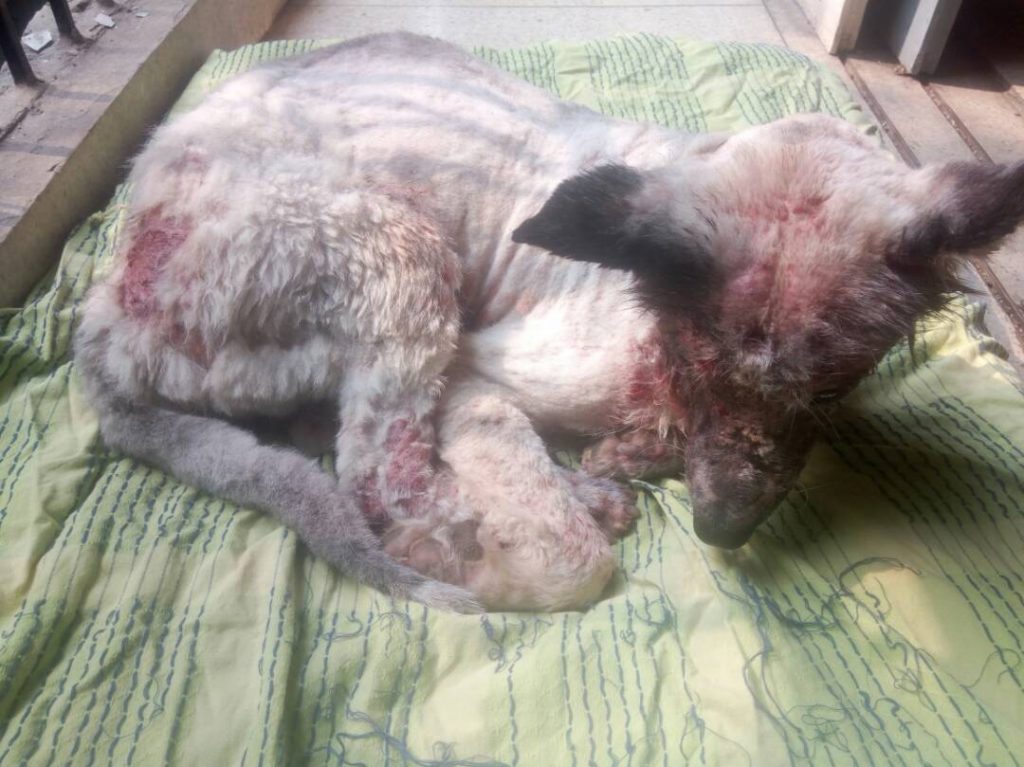 The vet attending to him had said “His bacteria and mite infection is so bad that there are tunnels formed under his skin where fluid can go in from one hole and come out from the other. We have not seen a case like this at Friendicoes before though it is medically possible if the infection is very aggressive and extreme which is in his case.”

Luckily, he found a fantastic foster in our volunteer Shana who was on a sabbatical for 2 months and offered to care for him. With Shana’s determination and devotion, coupled with the expertise of the Friendicoes veterinary team led by Dr Prabhakar, Fateh soon was on the mend. It was a long, slow & steady journey that took almost 3 months and at the end of which we were able to find Fateh a home in the beautiful hills of Kasauli. A lovely family with two mix Malamutes made up his new life and home. We all rejoiced in a job well done, a life saved and a new beginning. 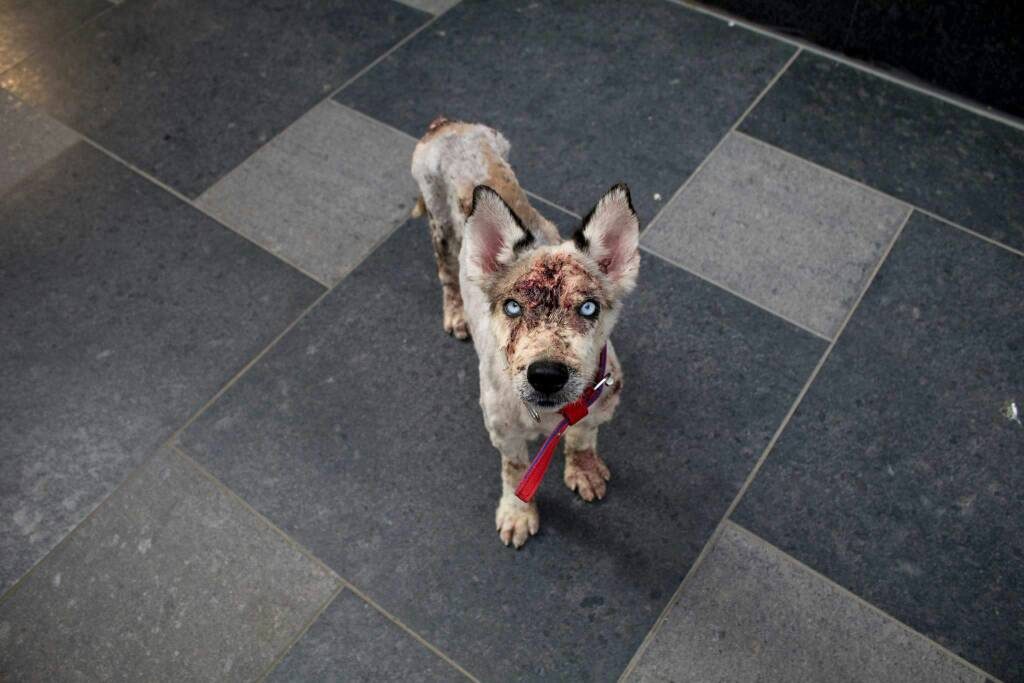 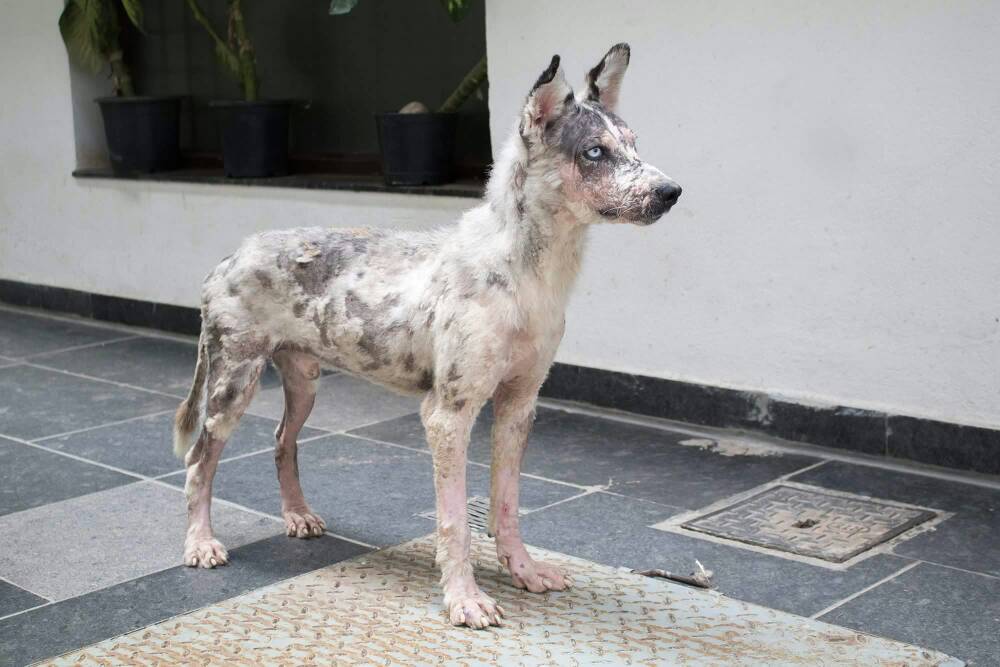 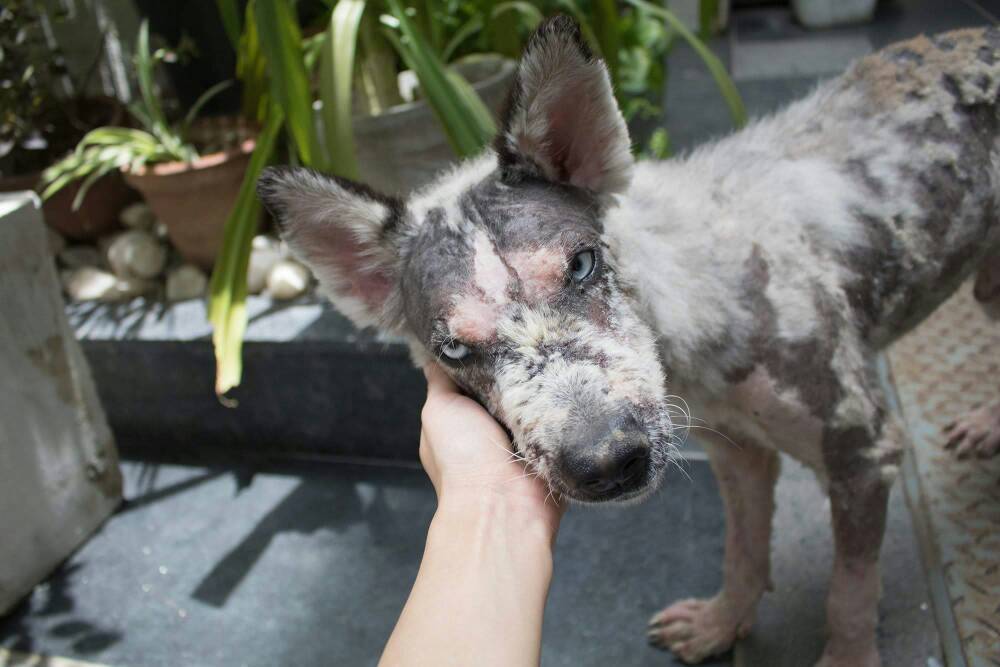 But alas, it was not to be, six months later we had come full circle, when a dog bite wound triggered a relapse in his skin condition which was worsened by the steroids used to treat him by the local vets. After 3 weeks of treatment and his condition going from bad to worse the local vets raised their hands and the family decided to send him back to us for further treatment. A foster was found for him and he was again put under the care of Dr Prabhakar who started him on a schedule of tropical treatment – medicated baths and external application of medicine to treat his condition with the bare minimal drugs being pumped into him. Another 3 months and Fateh is back to his happy, healthy form but we were advised that it was better if Fateh had access to expert veterinary care and his tropical treatment continued for a longer period of time. So, it was mutually decided that Fateh would not return to the hills. His foster agreed to keep him for good if a suitable home was not found for him as per requirement. While Fateh is now living a good life – loved, pampered and well cared for, it is in no way an ideal one. An apartment life in a city whose temperature touches 45°-47° is in no way what a Husky is meant for. 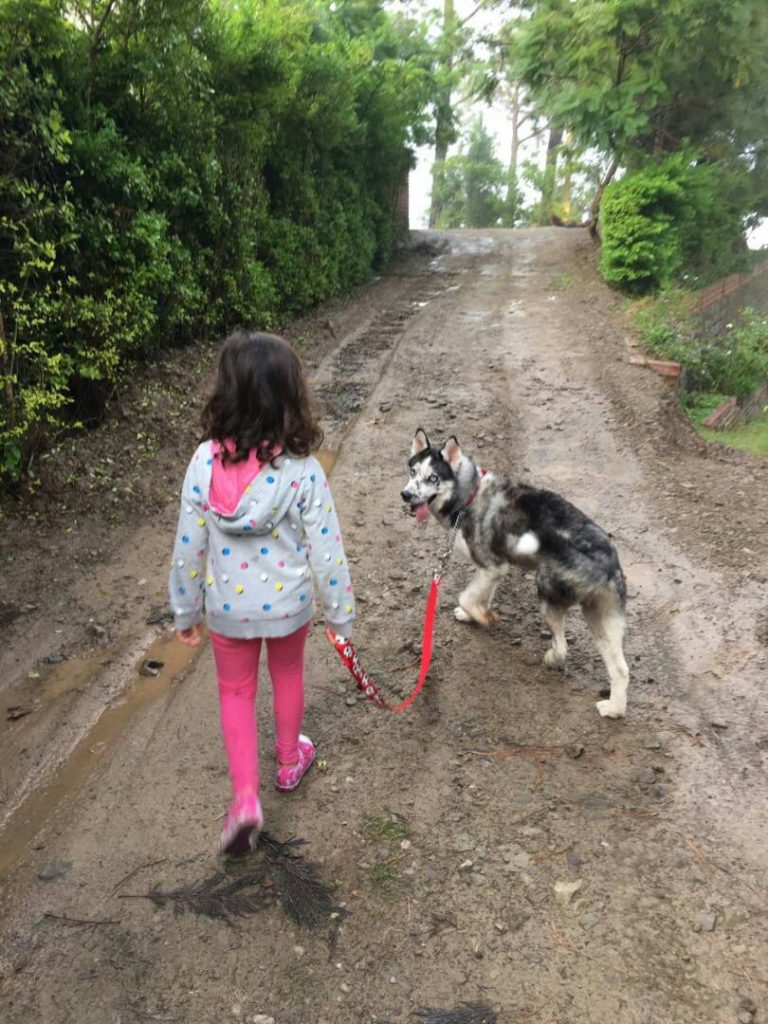 Huskies thrive in harshly cold climates, withstanding temperatures of -50°c -60°c. They were bred for a hard life as working dogs, meant to pull heavy loads as sled dogs and consequently requiring substantial exercise to remain physically and mentally fit. But contradictory to their history & origin many contemporary owners believe that a 24-hour Air Conditioning is enough to maintain the breed, overlooking the fact that a lack of appropriate climate makes it difficult to effectively and safely exercise the dog. While long term living may condition an animal to its present environment it still can never substitute for a natural atmosphere. And Fateh is a living example of where we are going wrong with the exotic breeds who are being denied their natural environment and original purpose of breeding. 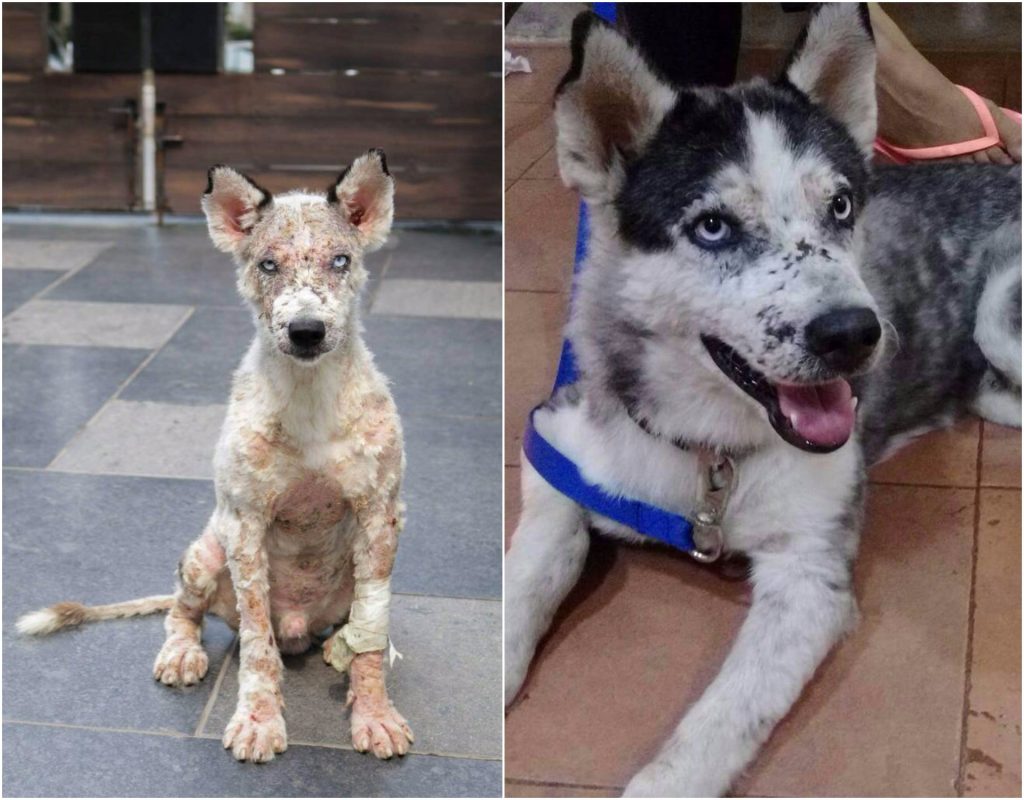 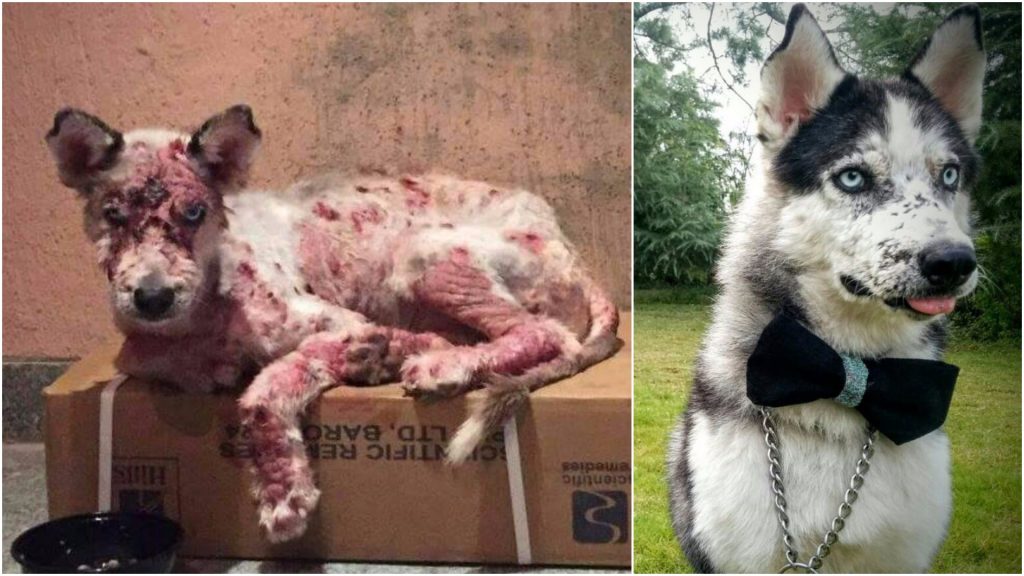