There is Winnie the Pooh and his best friend Piglet. And then there is Chandu & Bhondu!

They are not your regular rescues. Because pigs are not pets.

Pigs are farm animals. They enjoy none of the protection afforded to the oh-so-adorable dogs and the elegantly classic cats. In fact, many would even call a pig disgusting and “unclean”. As a result, the pigs have no fan club. They end up on our plate as bacon and even contribute to our clothes, cosmetics and medicines. However as most of the world thoughtlessly slaughter these animals in the most gruesome manner, experts argue that they are smarter than monkeys and more complex than good old Fido. In fact, pigs have carved a niche for themselves in the Therapy Animal Program in the US where they are known to be the better choice for autistic children compared to their canine cousins. In their natural surroundings, they are known to be quite social and playful, they are known to dream, learn their names and can be trained to learn tricks just like dogs. 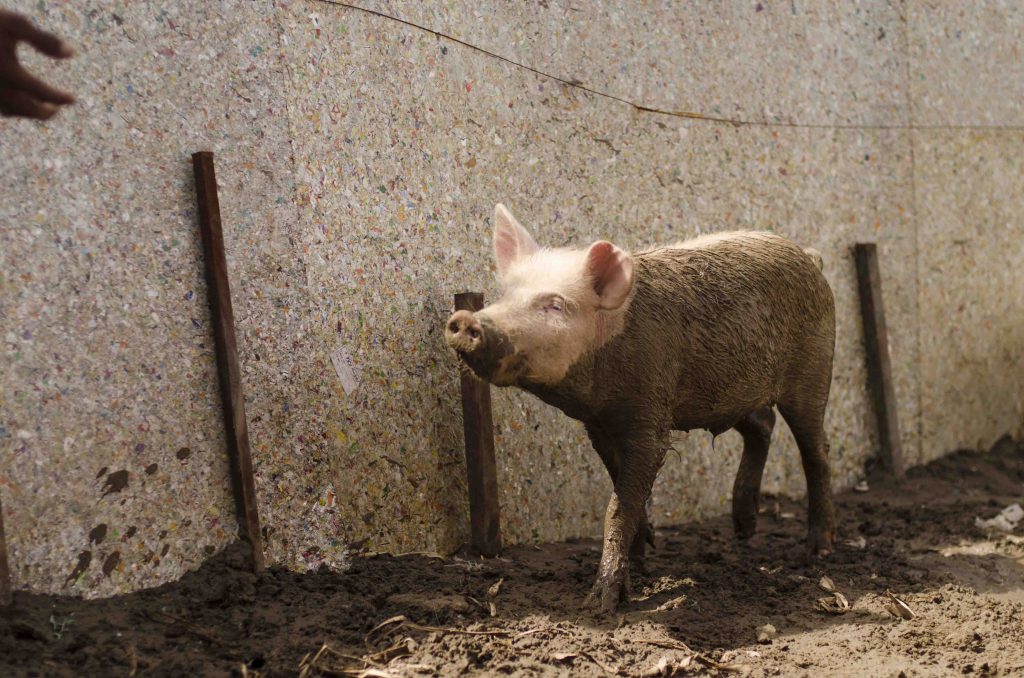 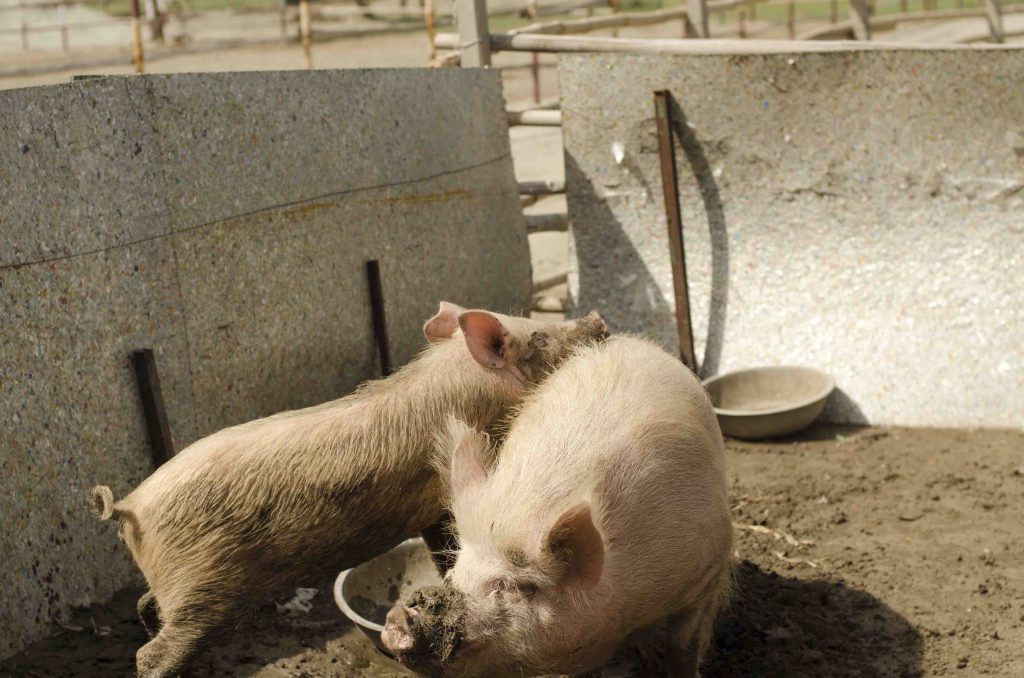 At Friendicoes we are quite fond of pigs, more especially so after dear little Bhondu was rescued last year after a call on the helpline. He was a tiny piglet who was found wandering all alone near the horrendously busy Chirag Delhi flyover. Our team rescued him and dear friend Aparna Rajgopal who owns and runs Beejom, a farm that is an example of sustainable lifestyle the organic way, offered Bhondu a home. Beejom was already home to Chandu, a celebrity pig who was rescued and raised by a dog trainer and who had a brief stint as an activist for animal rights before retiring to Beejom. So Bhondu had company and a big brother to show him the way. 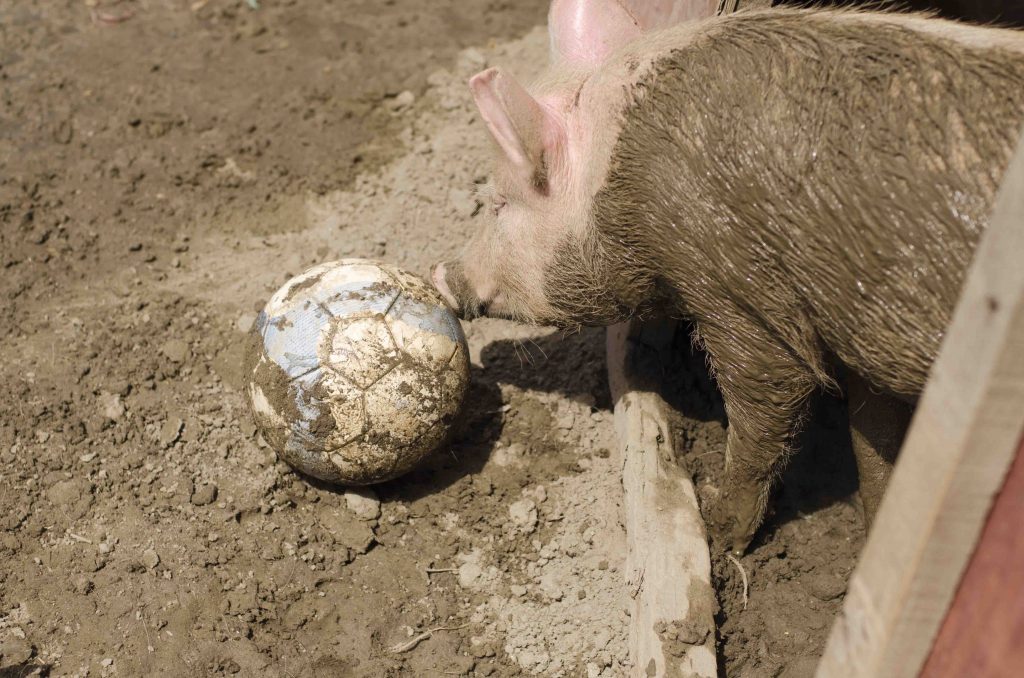 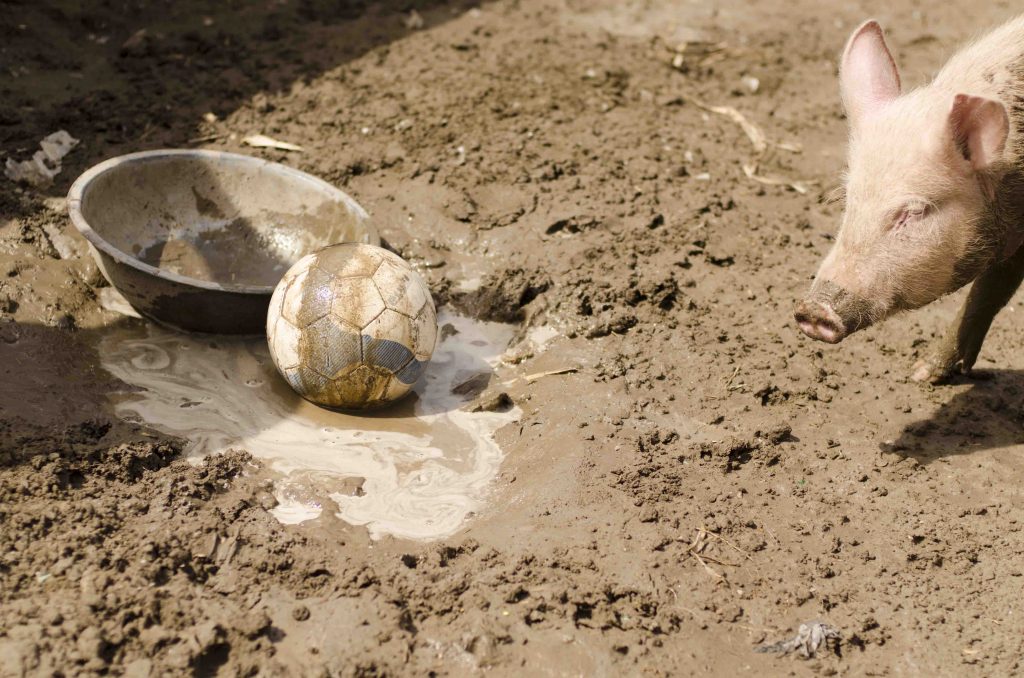 In time Bhondu proved that he is no less than Chandu in star power. While Chandu impressed with his social manners Bhondu could put Messi to shame any day of the week. Such are his skills with a football!

It was in 2002, that Gurinder Chadha’s Jess won our hearts when she “Bent it like Beckham”, and now in 2017 we have Bhondu winning hearts with his game. Today the young and strapping Bhondu reigns over Beejom, where he shares a cute little hutment with big brother Chandu. Most of the time Bhondu and his precious football can be seen tramping around the farm. He is often joined in his play by the boys who work in the farm and clearly adore him! After a game of soccer, Bhondu loves to cool down in mud puddles where he catches his best sleep. He also loves going swimming in the farm’s small millpond during the hot summer months. 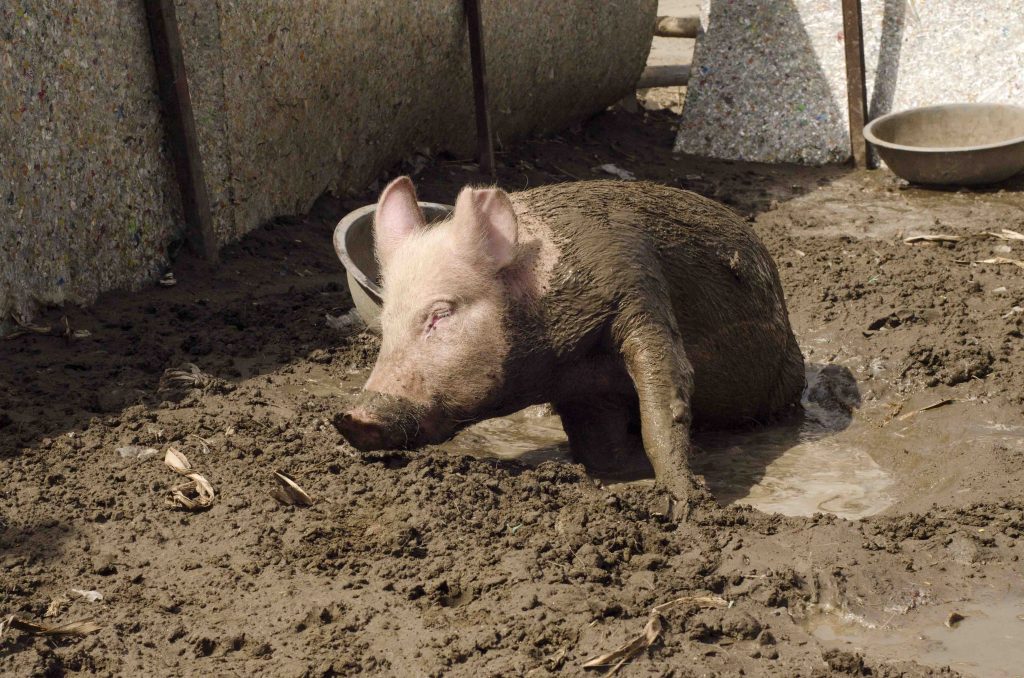 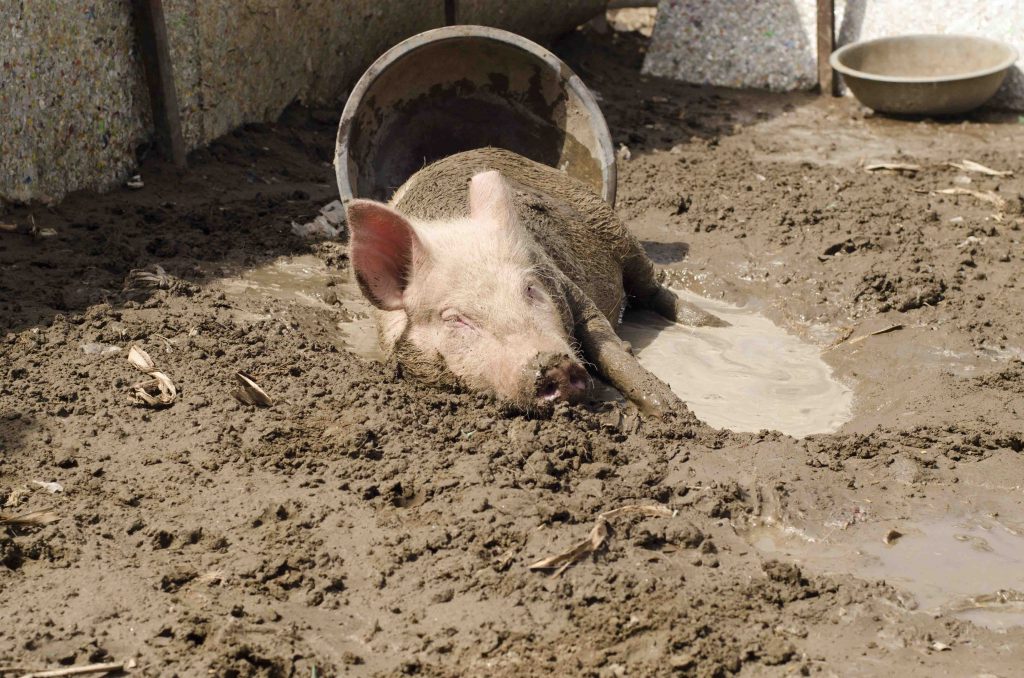 Bhondu’s favorite meal is the winter squash (kaddu) grown on site, which he prefers stolen from the plate of big brother Chandu. When we visited him recently, we witnessed him running to hide his own share and coming back to steal from Chandu who half-heartedly protests and swipes at the incorrigible Bhondu. The two are fast friends and inseparable, showing a social & emotional connect that studies have often claimed pigs highly capable of. 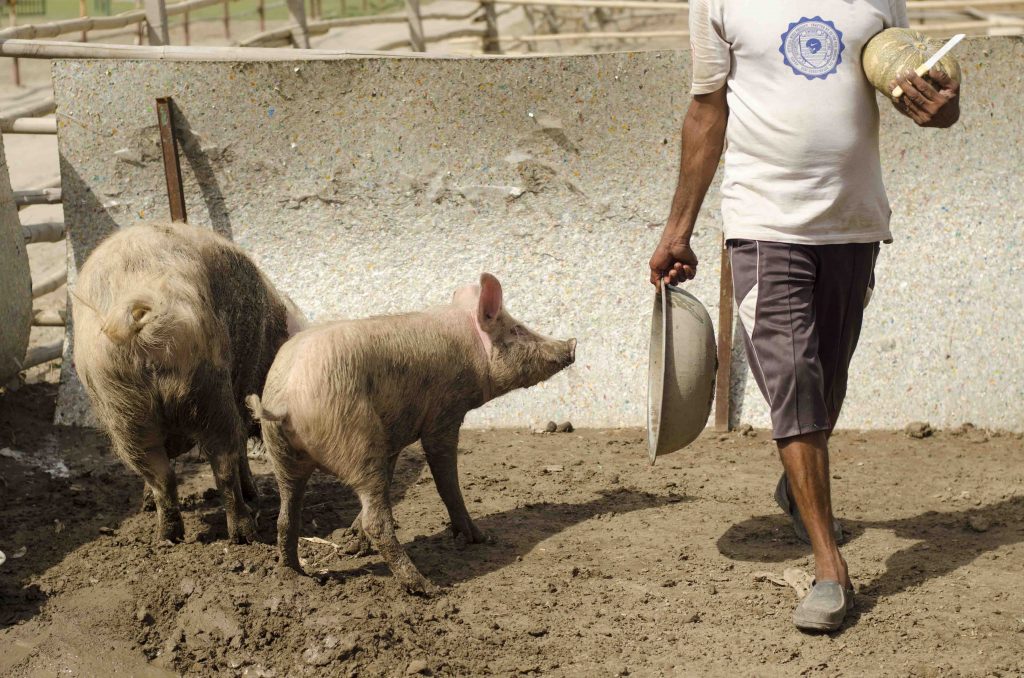 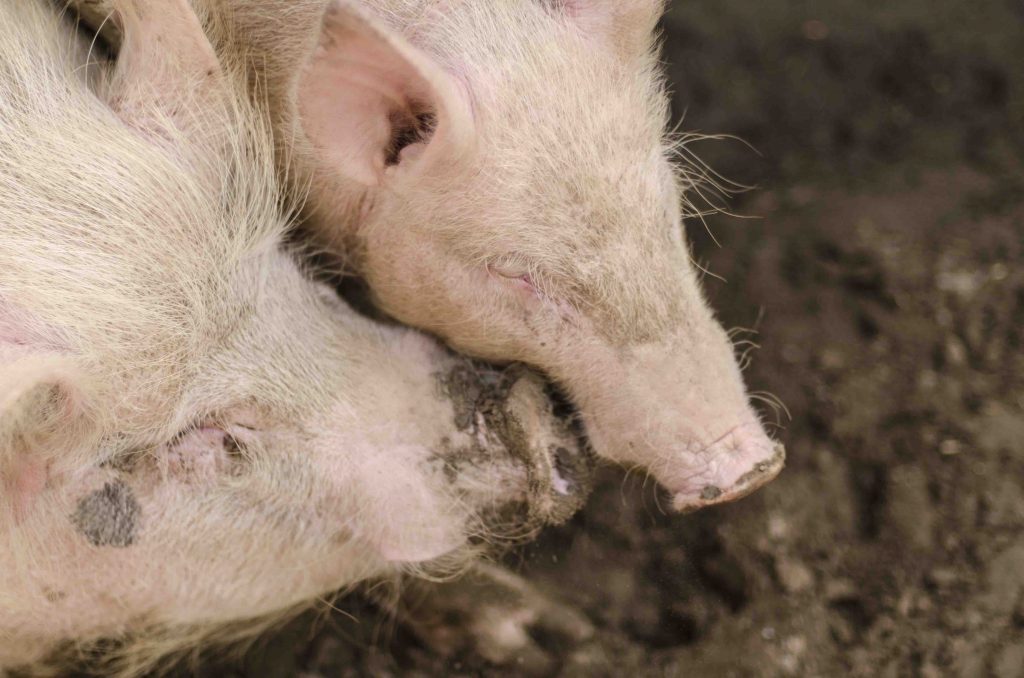 Aparna who is the proud human of these adorable porcines told us “Chandu is a celebrity in his own right. He used to go to schools and interact with children to spread the message that we should end discrimination of any kind, be it amongst humans or animals. The pig is at the bottom of the popularity list amongst domestic animals and treated abysmally. Chandu became very popular wherever he went and children and teachers alike loved him. Besides he can do all the dog tricks like shaking hands, sit, heel, crawl and roll and this amused everyone no end. It has been discovered that pigs are the most intelligent amongst domestic animals and very sensitive and interactive. We know this now through Chandu. And Bhondu has only reiterated this belief through his adorable shenanigans and with the bond he shares with Chandu.” 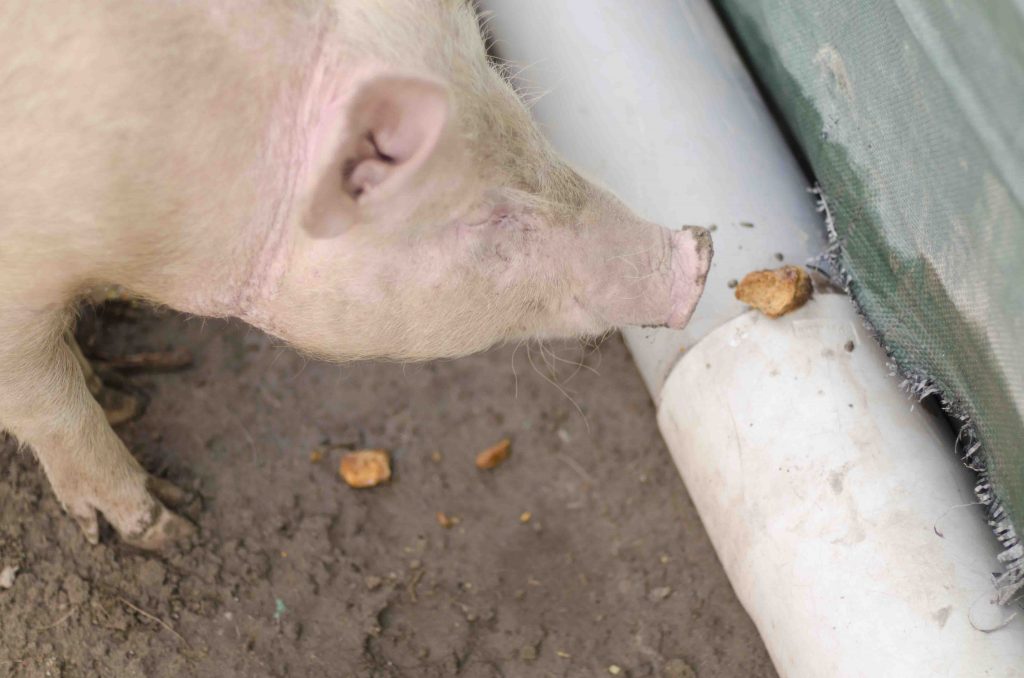 At Bejoom the pair lives life king size, gorging on organic vegetables and fruits with an occasional treat of jaggery (gur) also sourced from the farm itself. Beejom practices cow centric agriculture, a mixture of 10kg cow dung, 10 litre cow urine, 2 kg jaggery, 2 kg gram flour, and handful of forest soil that is added to act as natural nourishment instead of chemical fertilizer. The holistic approach to sustainable living through indigenous products is the core element of Beejom’s strength and belief in restoring the food chain and security. 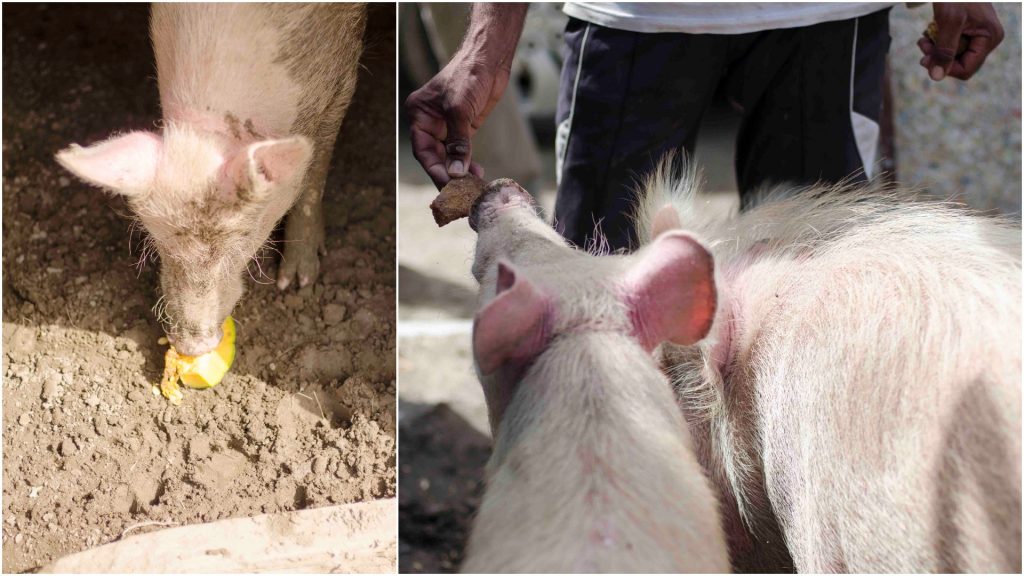