America has Pit Bulls. India has the “Bully Kutta”.

Just as the American Pit Bull has gained notoriety through no fault of its own, so has his southeast Asian counterpart the Bully Kutta. Also known as the Indian Bully, the Pakistani Bully, Pakistani mastiff and Sindhi mastiff this breed originates in the Punjab Sindh area of undivided India, which is now predominantly in Pakistan. Although not yet as common as it is in Pakistan, the breed has grown tremendously in popularity over the last 4-5 years, corresponding to the rise in popularity of the most heinous disturbing new pastime of the rich and powerful in Punjab, Haryana and lately Delhi NCR, i.e. DOG FIGHTING. 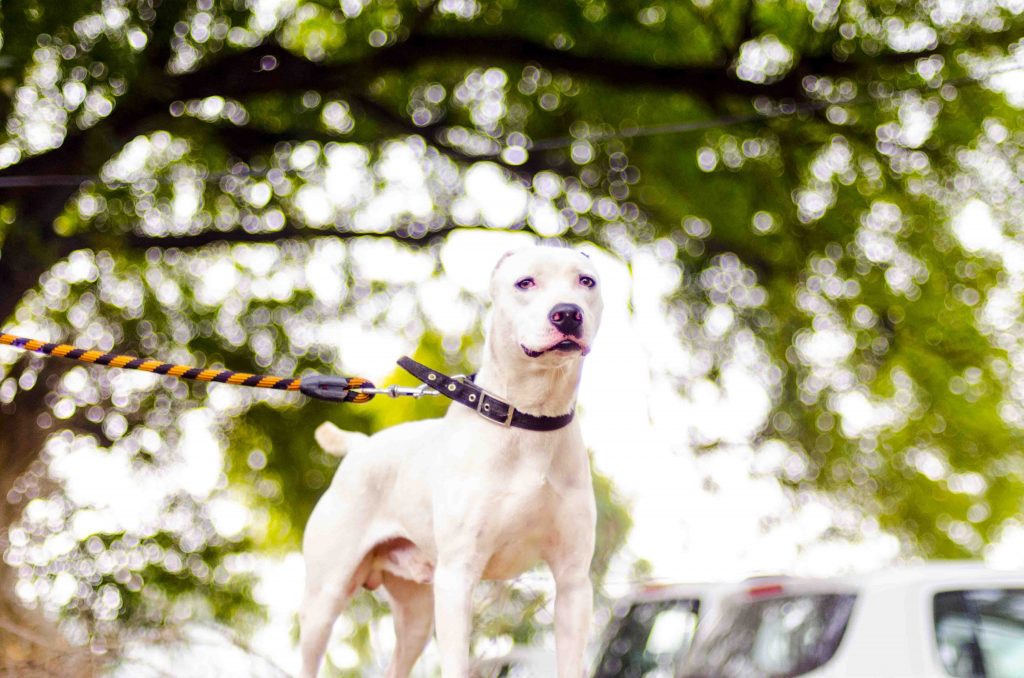 The bully kutta has become synonymous with masculinity, and dog fighting the ultimate display of machismo. The trend started in Punjab, especially in the Malwa regions of Bhatinda, with pop culture and mass media condoning and even endorsing this macabre “sport”. In 2015, pop sensation and renowned actor Diljit Dosanjh claims in his hit single “jatt fire karda”, “to own four pitbulls, for dog fighting, and shoot guns where there are restrictions”. As all foul things tend to, the stink of this practice has found its way to the wealthy backyards of urban centres around Delhi, Gurgaon and Noida. With the police and politicians involved, as demonstrated by the continuous lack of action in the last few years, the situation seems quite hopeless. With no respite in sight, this breed ends up in shelters, damaged physically and mentally, if not immediately shot upon defeat. 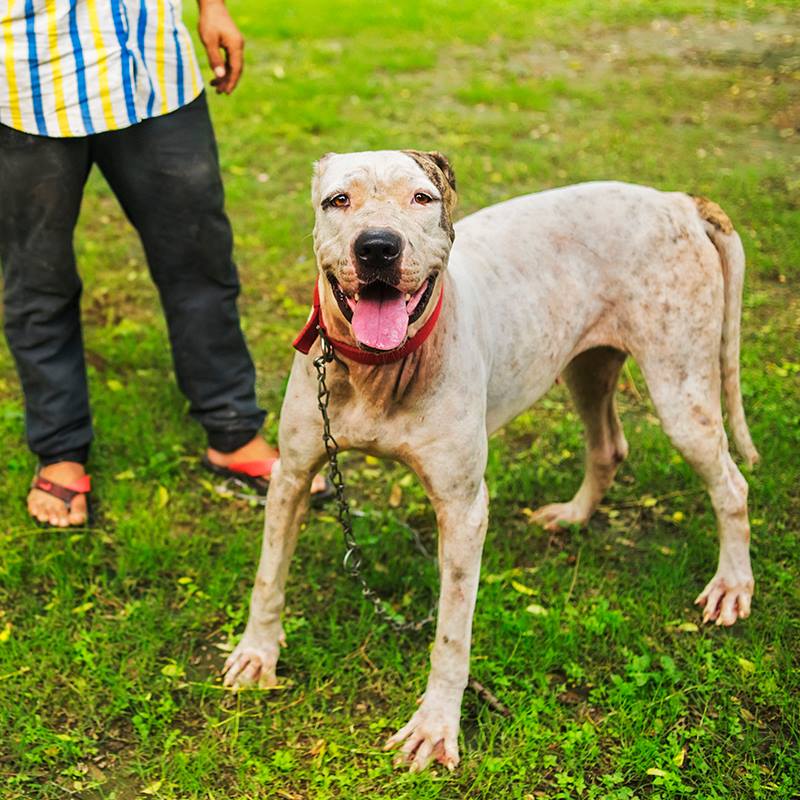 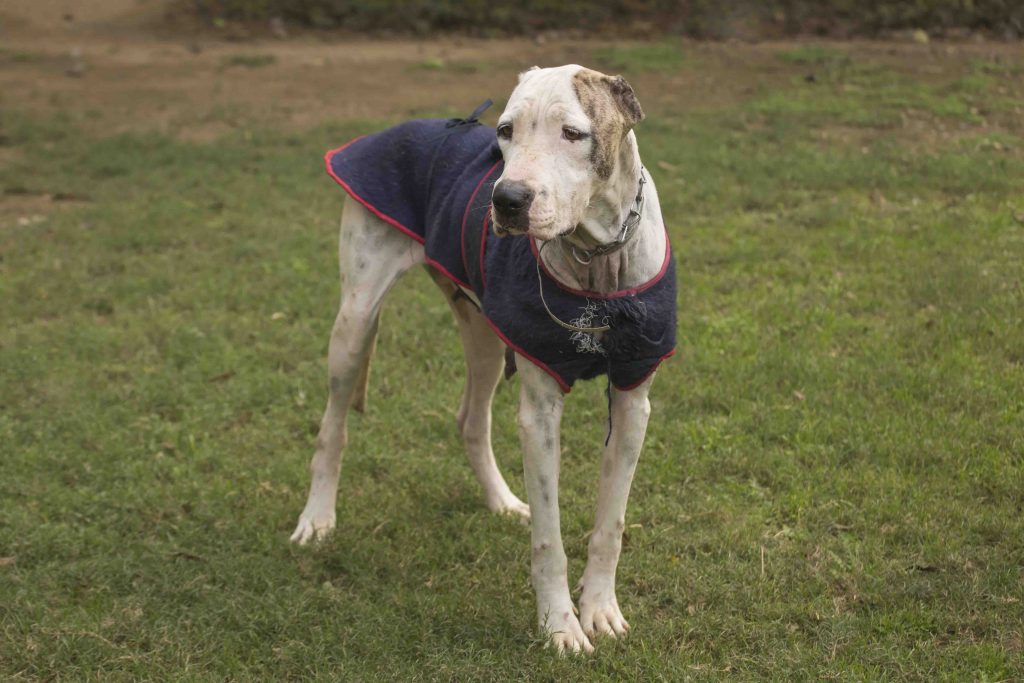 The last couple of years have seen five Bully’s turning up at the Friendicoes shelter. The first Bully to arrive at Friendicoes is Lady. Found on the streets of Gurgaon in October 2015, emaciated and starved, looking no different than a stray she looked abandoned. Maybe because she did not stand up to the breed’s need for an aggressive temperament. The saddest thing about her when she arrived was that she looked like she had given birth very recently and was separated from her babies before time. Gentle, friendly and playful, Lady soon won everyone’s heart at the shelter. We found out that she has a few triggers, for example she did not like shabbily dressed strangers, she was possessive of the people she loved and sought to guard them if she felt any threat to them, she is petrified of crackers… things normal to many of our pets. But keeping in mind her breed we had to exercise the utmost care and vigilance in finding her the right home. So, Priyanka and her brother were requested to come spend time with her when they expressed an interest in adopting her. The family went a step ahead and came diligently to the shelter for 8 months to walk her and bond with her till we were convinced that they could take care of her. Being the first Bully at the shelter we took much longer to be assured that she has found her perfect match and vice versa. Lady is now a very well adjusted and happy part of the family. 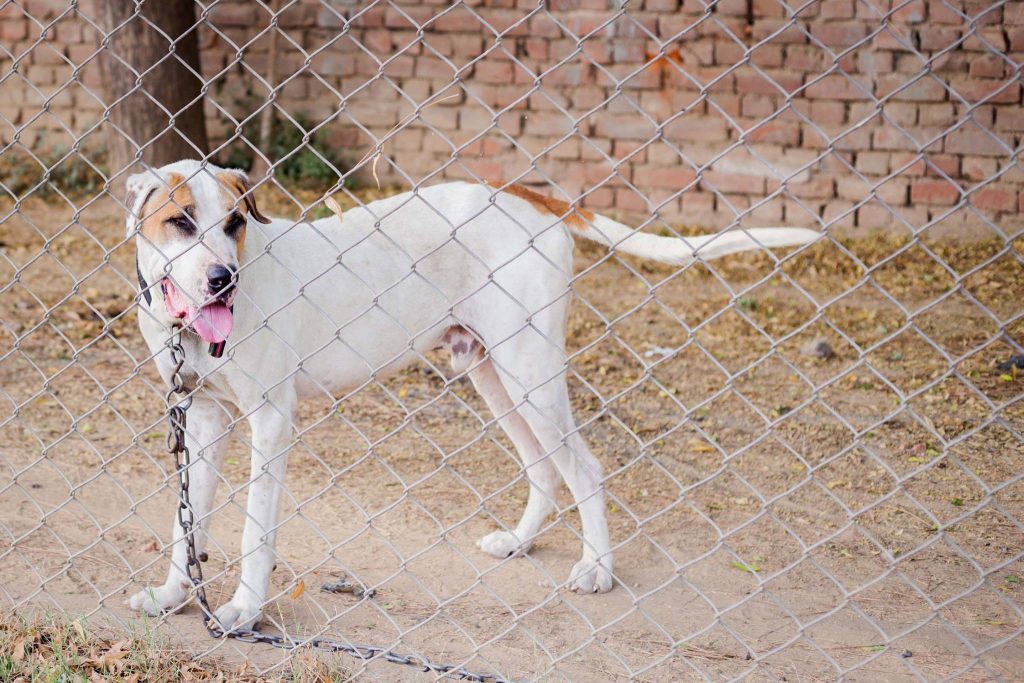 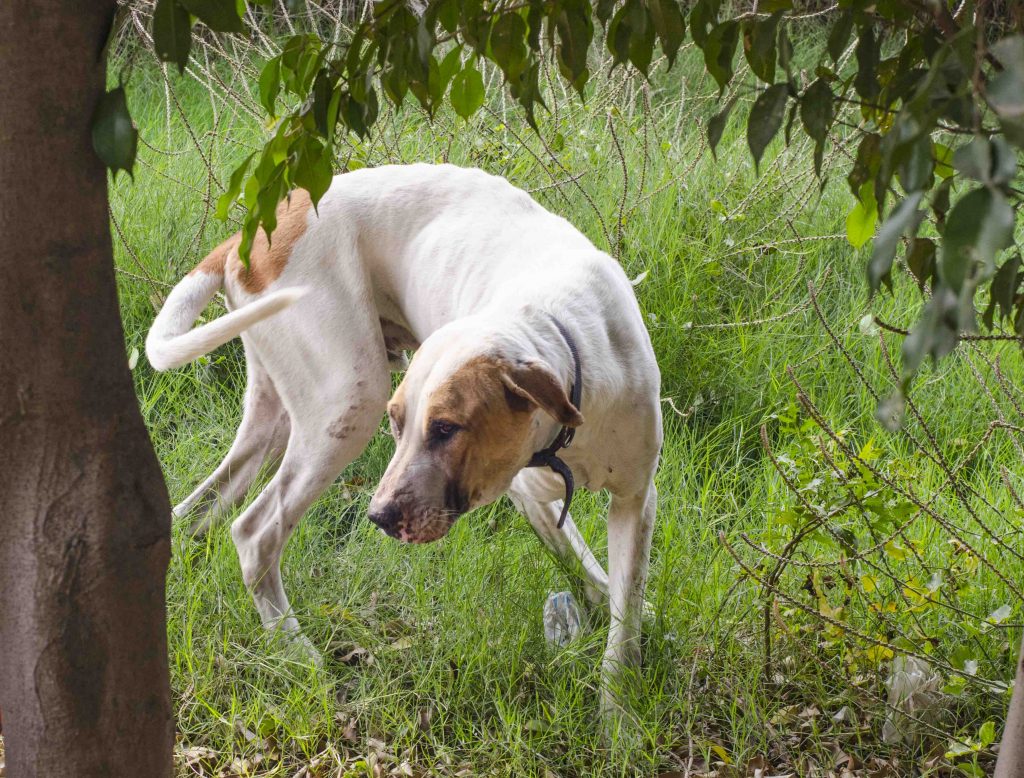 Then came Whitey & Chenghiz, both rescued from a dog fighting ring in Punjab by another shelter who handed them over to Friendicoes for life time care. With their history finding them homes was not on the card. Sadly, we lost Whitey to tick fever but Chenghiz continues to be under our care and doing beautifully well. 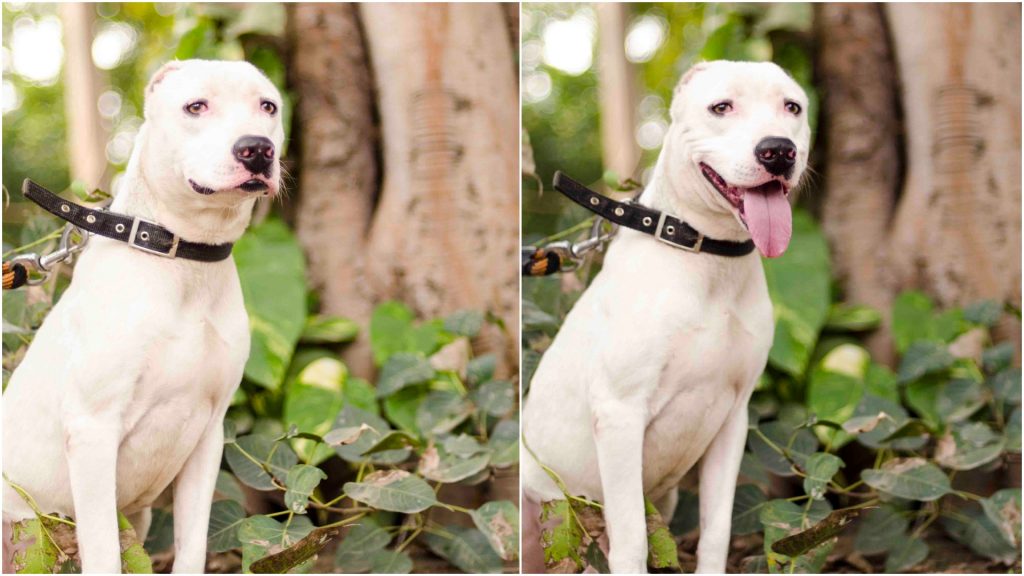 One-year old Tiger’s was one of the rare cases, whose owner came in to willingly surrender him because he was unable to manage him. Tiger came to us unscathed, quite literally, he was young and completely unfamiliar to the conditions most bullies are regular witness to. Highly energetic and extremely playful, Tiger is one of the most affectionate dogs we have ever met. He found a wonderful home last month after waiting for eight months, lucky boy, others are not generally this lucky. 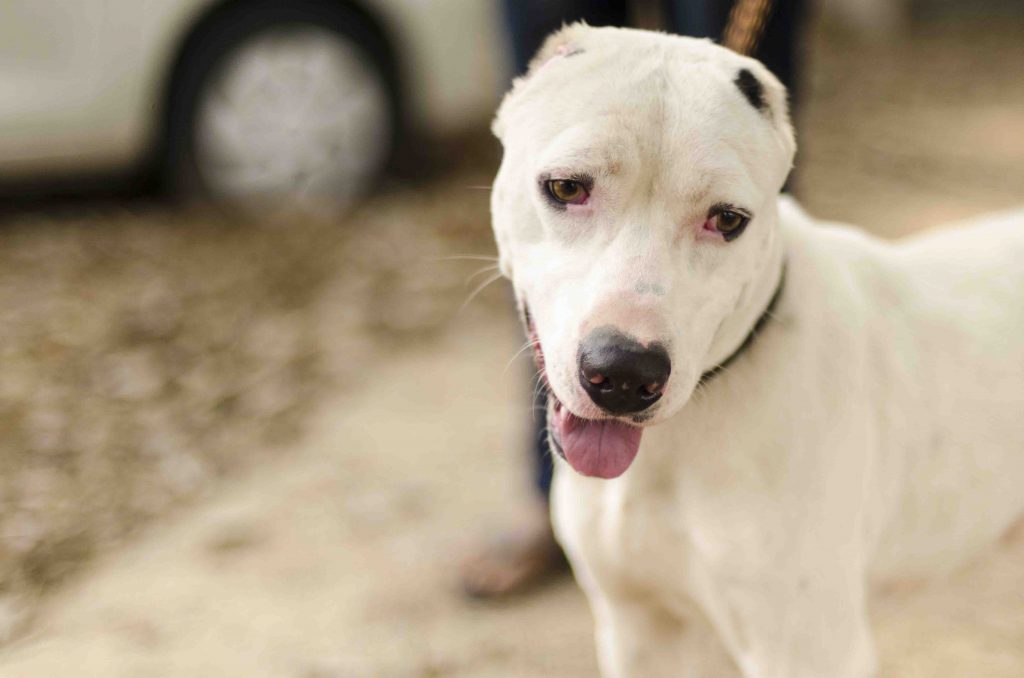 The last and most recent Bully to have joined the Friendicoes family is Gabru. An old, weathered and beaten down boy, he is generally calm and composed due to age but can be triggered by sudden movement or sound. He spends most part of his day napping, and is generally unresponsive. He has probably seen a lot in his day and can be aggressive under certain circumstances and will therefore spend the rest of his days in the sanctuary. More over age is not on his side where finding a home is concerned. 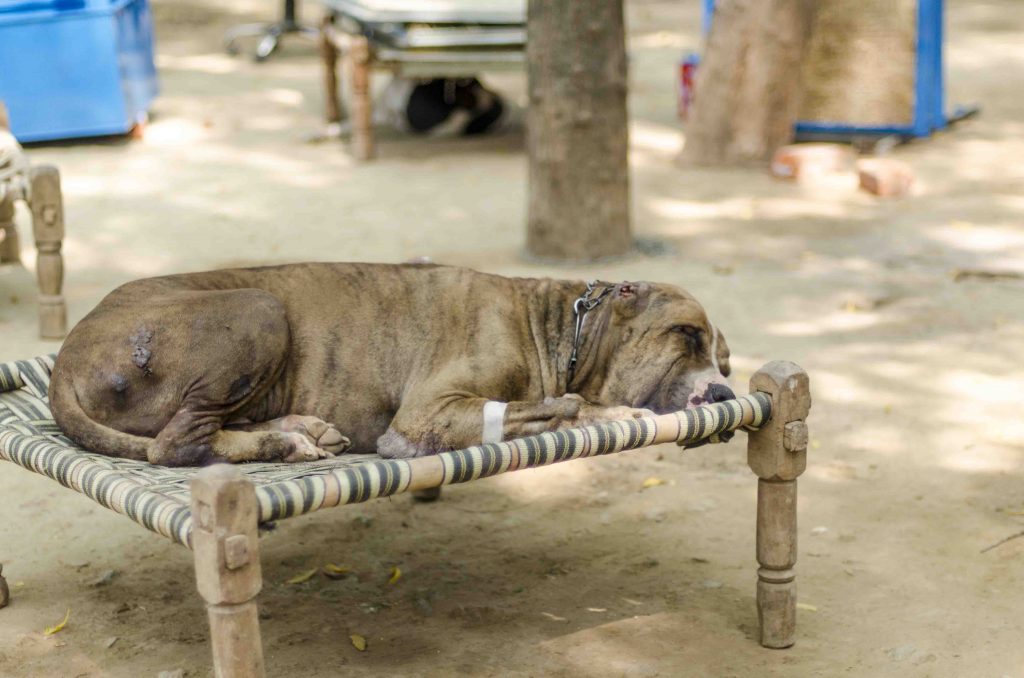 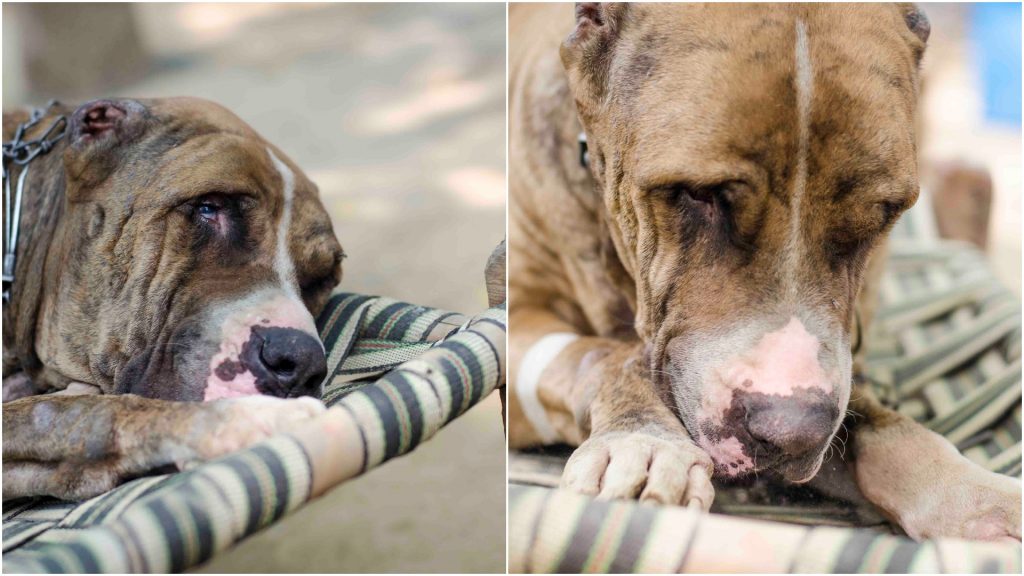 Breeding of bullies and fighting breeds in general is a very disturbing process, even compared to regular breeding practices, with dogs bred for fighting, aggression and strength being the desirable traits and thus bitches of this kind are hard to mate, they may not be receptive, and may even bite the head off an insistent male. This is where the “rape stand” comes in, a contraption that holds the bitch in place irrespective of her wishes and stops her from turning around to bite the male.

All over the world bully breeds are increasingly common in shelters, and we find they are the hardest to find suitable homes for. They are believed to be inherently aggressive, have the worst bite and the infamous lock-jaw and also thought to attack humans more often than any other breed. While it is true that “bully kuttas” are not a breed to be trifled with, they are working dogs originally used for guard purposes and to herd sheep by farmers and landlords, bred for their strength and stamina, if trained and socialised properly, they can be raised to be excellent companions with no threat to anyone what so ever. 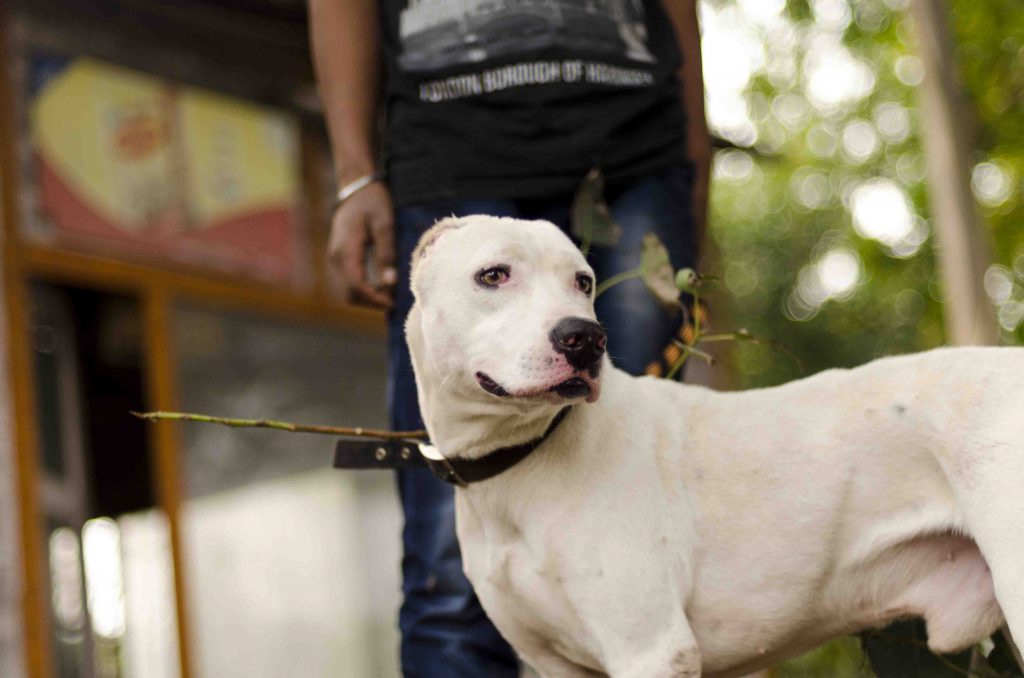 Moreover, research conducted by Dr. I. Lehr Brisbin at the University of Georgia shows that bully breeds don’t show any mechanical or morphological differences in jaw structure when compared to other dogs — nor do their jaws come equipped with locking capabilities.  Additionally, according to the American Humane Association, on tests conducted in 2009 by the American Temperament Test Society, bullies scored better than several breeds that are rarely associated with aggression, including beagles and collies. Neither are there any statistics that show them to be more involved in attacks on humans.

The bias against these breads is based on anecdotal instances and popular misconceptions. Hopefully these can be conquered with awareness and these dogs can get the love and respect they deserve. 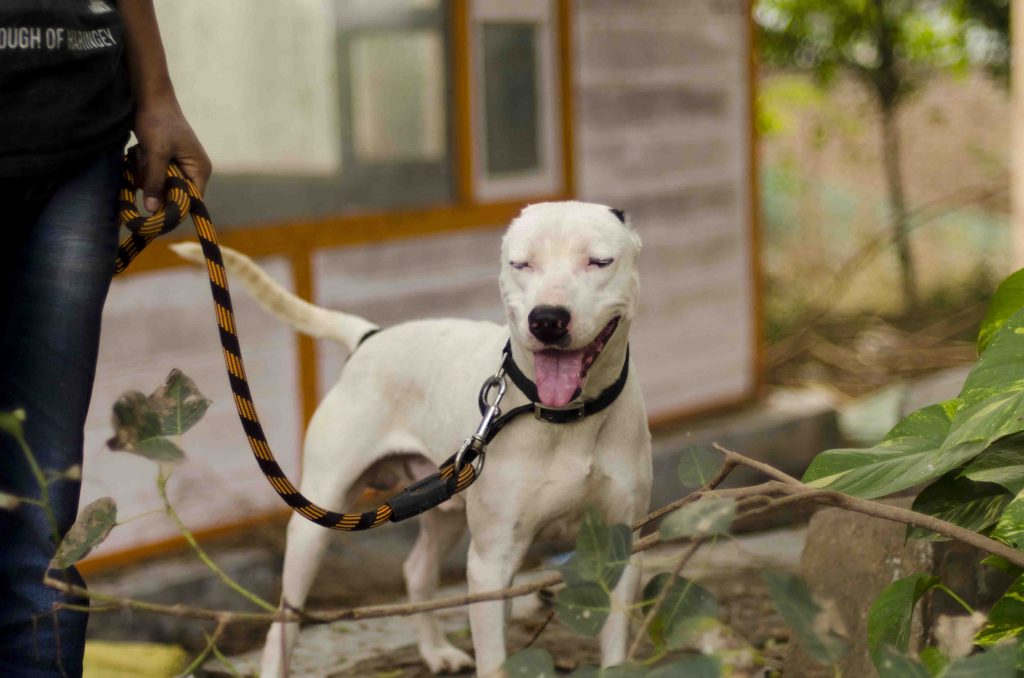 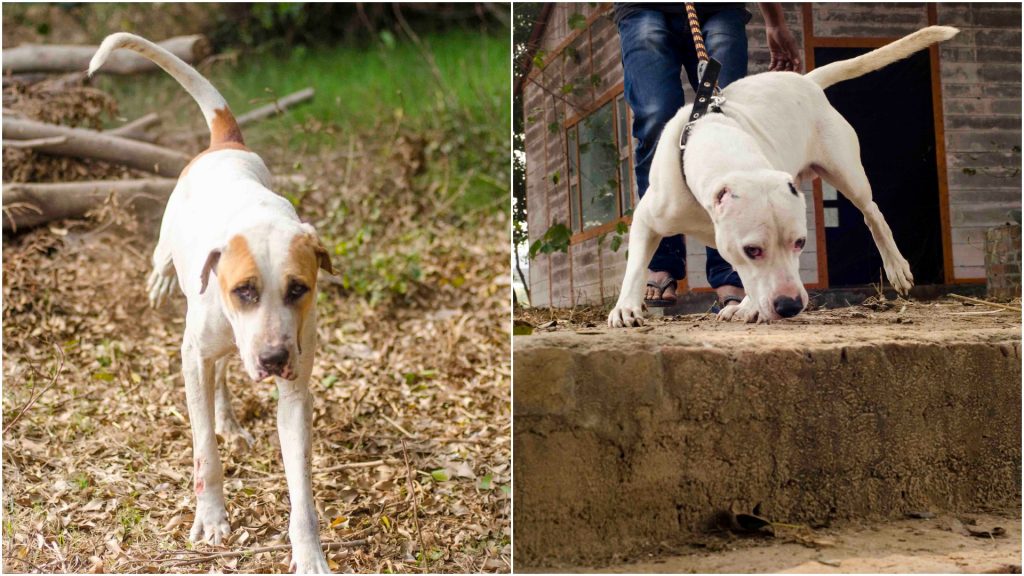 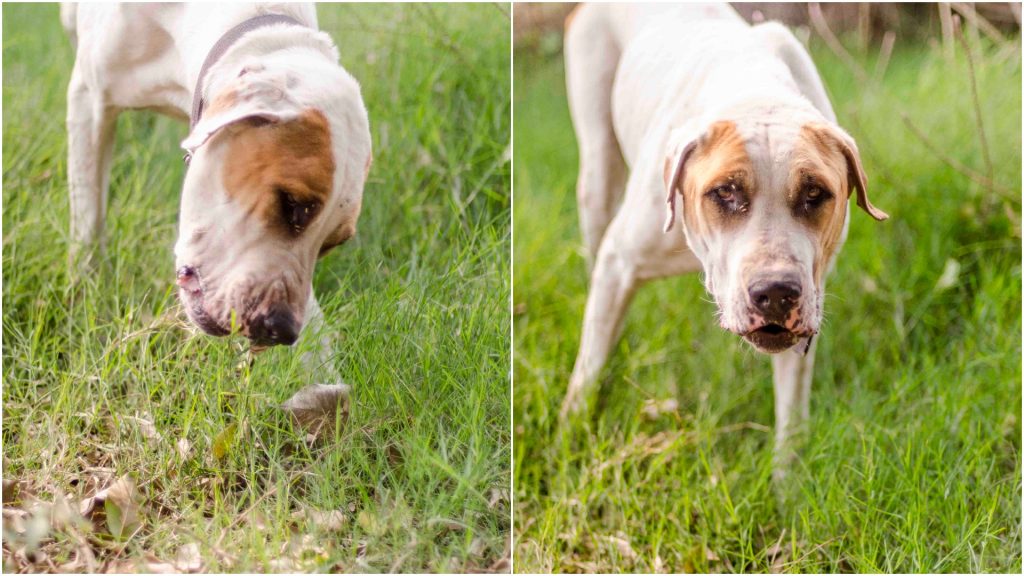