Make an effort, Not an excuse – Friendicoes

Make an effort, Not an excuse

Make an effort, Not an excuse

Nothing is more satisfying than a successful adoption, when an abandoned pedigree or a neglected desi gets a loving home, all the hard work and sleepless nights become worth it. But more often than not though,adoption is not the climax to a puppy’s story. Rather it is the beginning of new troubles, teething, adjustment issues, housebreaking woes etc. Issues not everyone has the commitment and patience to deal with.

Often such issues lead to unsuccessful adoptions or else investment in extensive behavior training before re-adoption, failing which it is the shelter for the animal. Thankfully the last is very rare, few and far between. 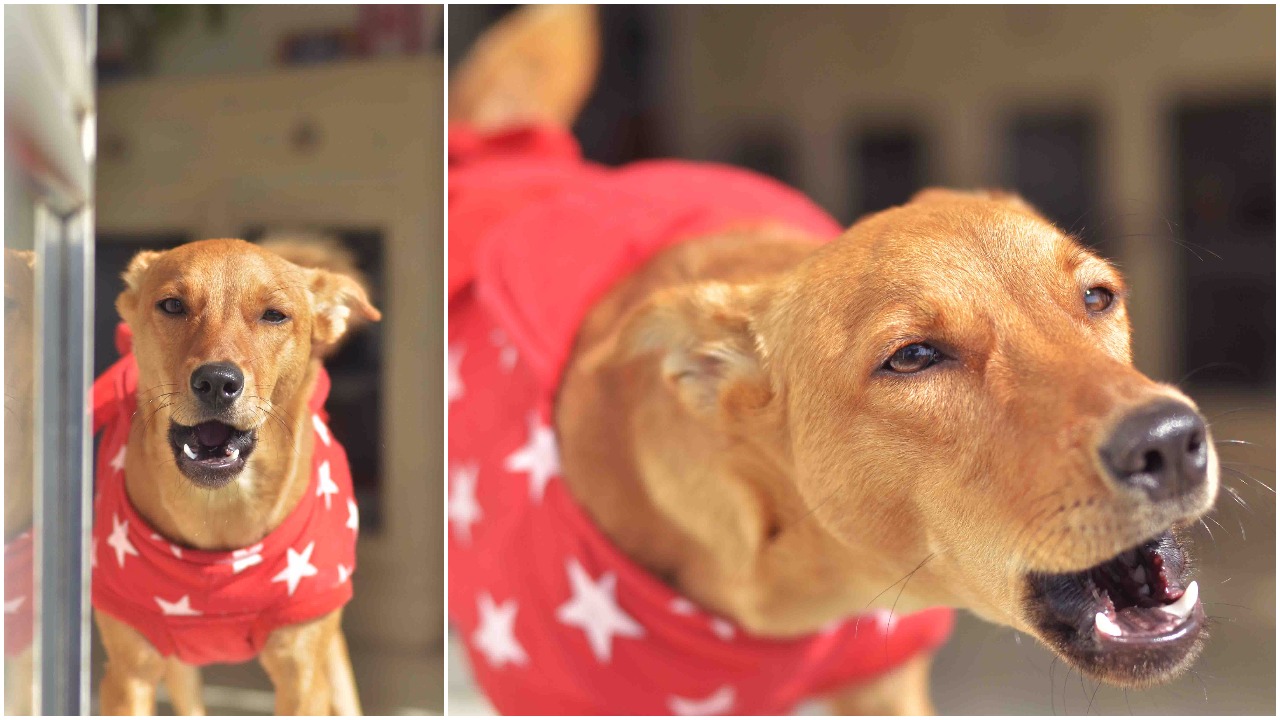 But every so often you come across a case which proves somewhat more problematic – aggression, anxiety,disobedience, failure in toilet training etc. Mix these with a child in the picture and it is an undesirable combination. And that is the situation that was faced by Sreedevi and Arjun. 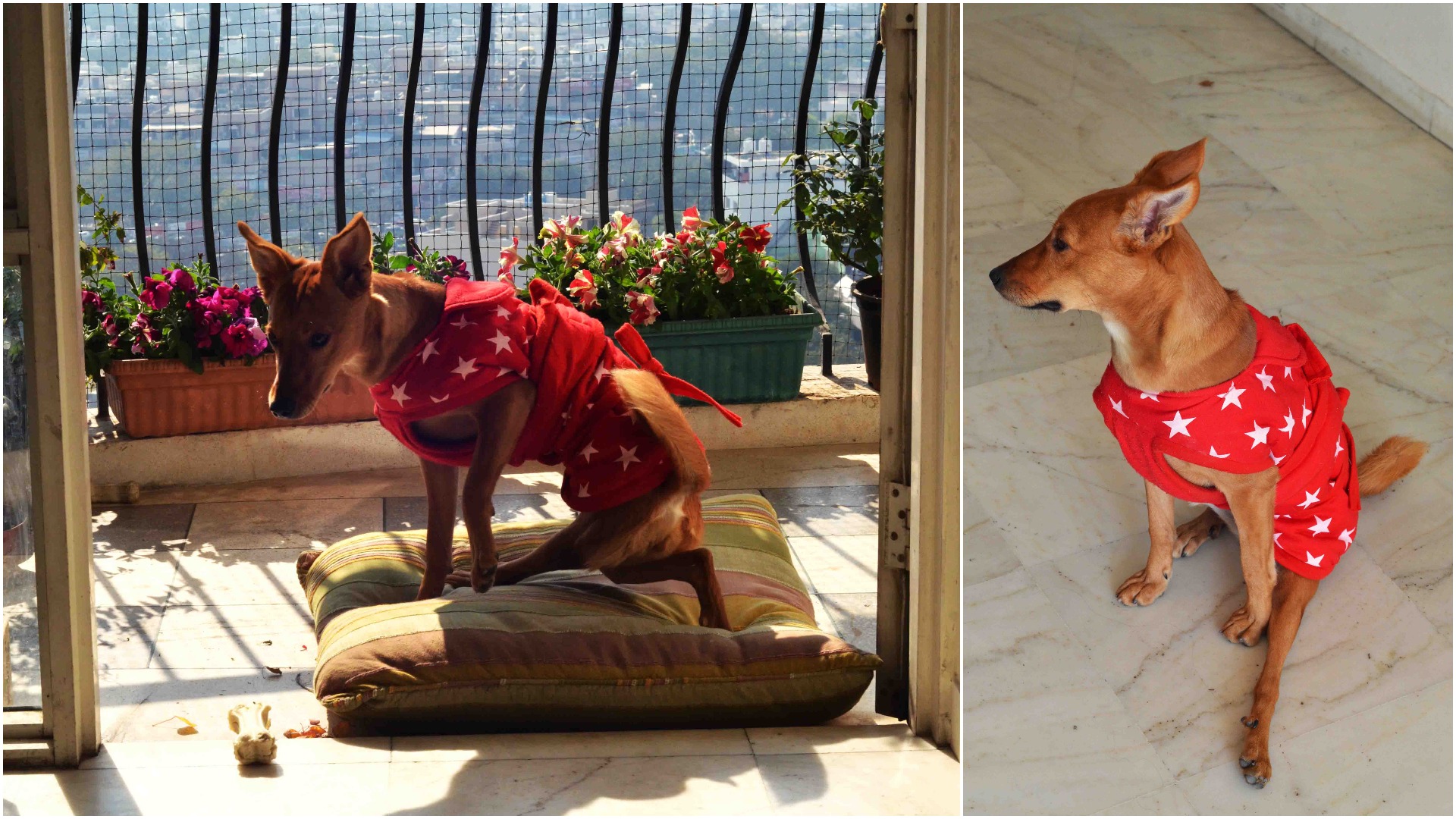 The duo decided to adopt a pet, a companion for their young son, an introduction for him into the beautiful friendship a canine can provide. While Sreedevi was not particular about any breed, she just wanted a shelter child, Arjun particularly wanted a desi. Their family & relatives were not very happy with their choice of a desi.“Why not a pedigree if you have to have a dog?” they asked. But the two had already made up their mind. As their luck would have it, they took home Lola from Friendicoes, a beautiful puppy, who had survived an accident and had a stiff leg as a result. But Lola turned out to be the complete opposite of what her fosters had to say. She was very aggressive for such a small puppy, she would not listen, refused to be disciplined and during play time would get carried away and try and attack Sreedevi’s 4 year old son Shiv viciously. This started effecting Shiv who became wary of Lola. Even scarier, Lola who was growing quite quickly was level with Shiv when she stood on her hind quarters and could easily reach his throat when she jumped to attack. And Sreedevi was left to deal with most of it alone as Arjun travelled a lot due to his work demands. To top it, around the same time Shiv was going through health trouble and had to even undergo surgery. 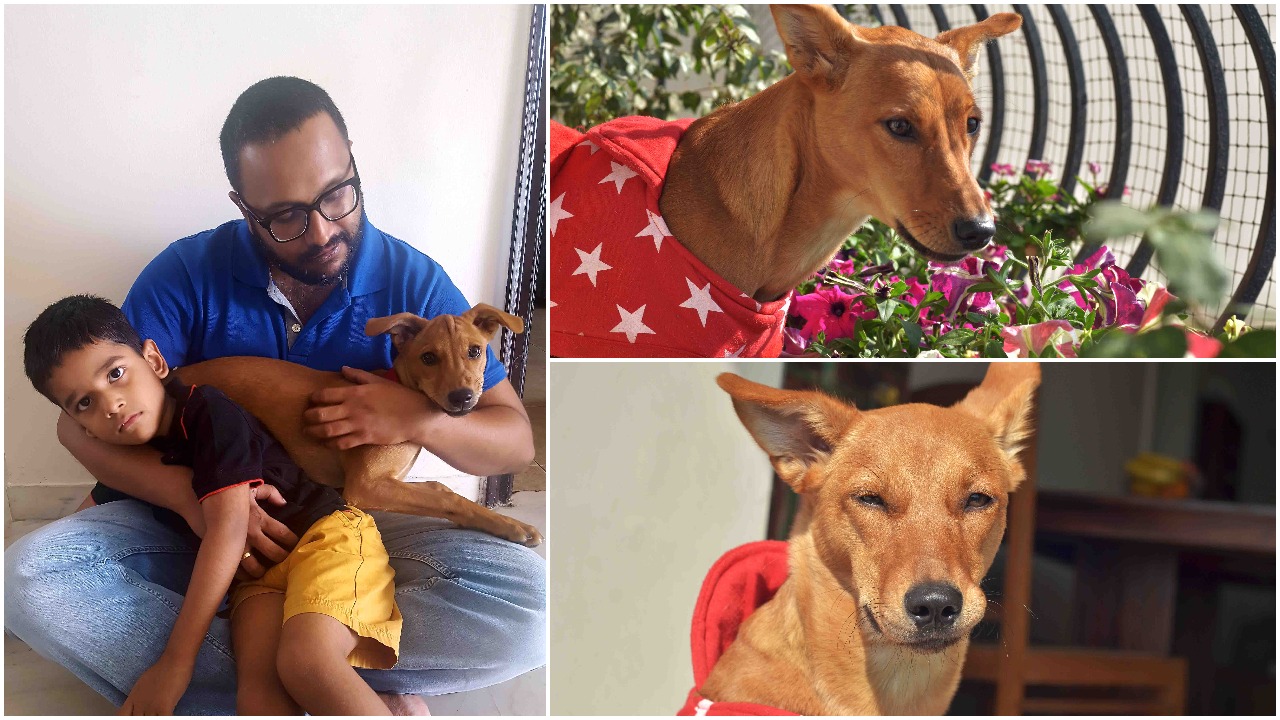 Faced with such, seemingly insurmountable odds, most people would have given up, but not Sreedevi and Arjun who took the harder path and refused to give up. They took expert advice, researched and worked with Lola and left no stones unturned in their efforts to correct her unruly behavior. Sreedevi even attended a canine behavior seminar with Lola on our invitation while Arjun baby sat Shiv at home and now, after months of serious struggle with several trainers, a failed attempt at offsite boarding training and many tense nights, Lola is a reformed girl! She has settled down with her family and is obedient and better behaved. 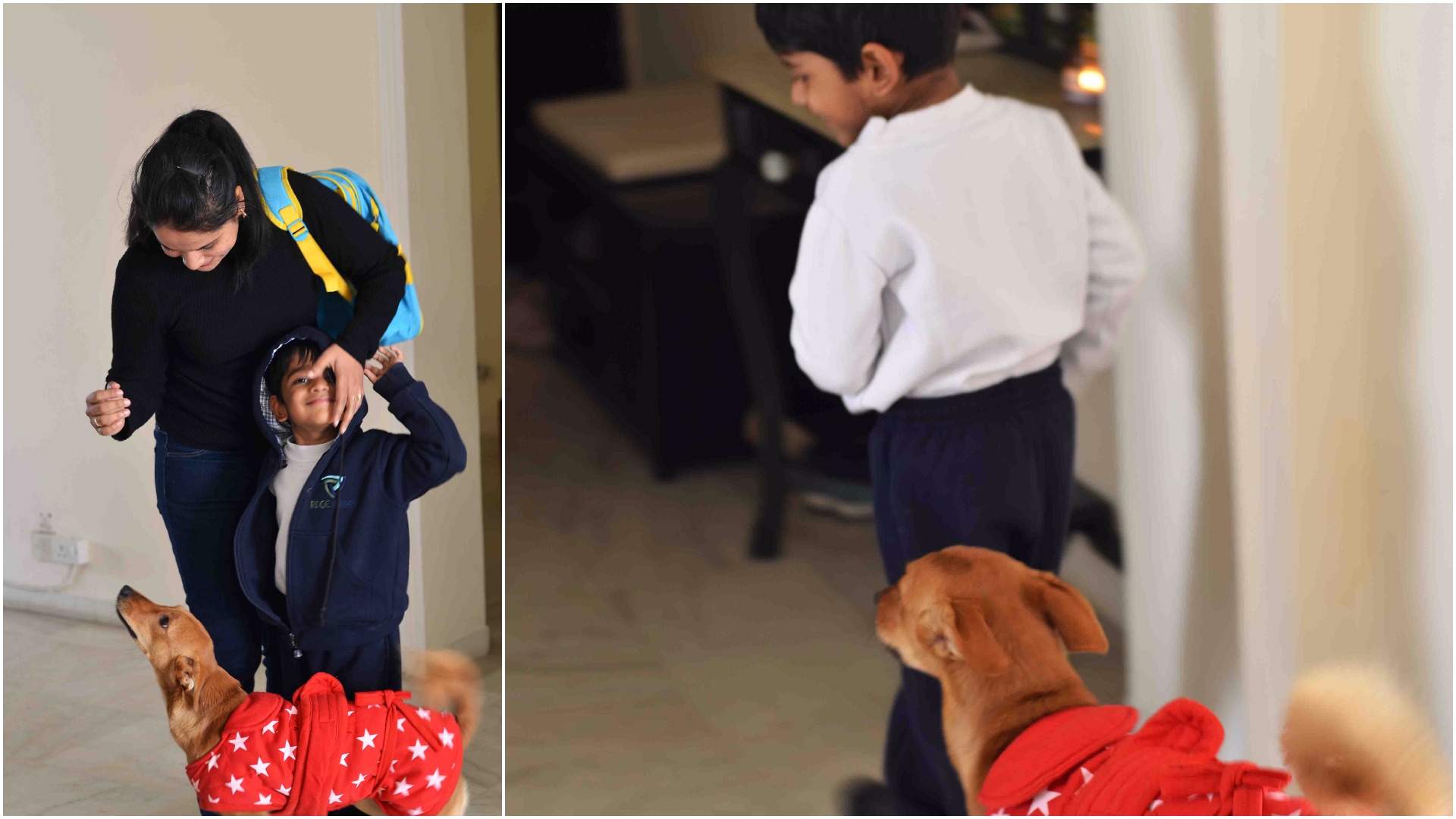 Shiv’s arrival from school in the afternoon is the highlight of her day, and though he is still sometimes scared of her enthusiasm, they are now best of friends and look out for each other. Shiv gets upset anytime Lola gets a scolding, “she’s my dog” he will exclaim. Lola is similarly protective of her friend and gets snappy if he’s ever scolded by his parents. 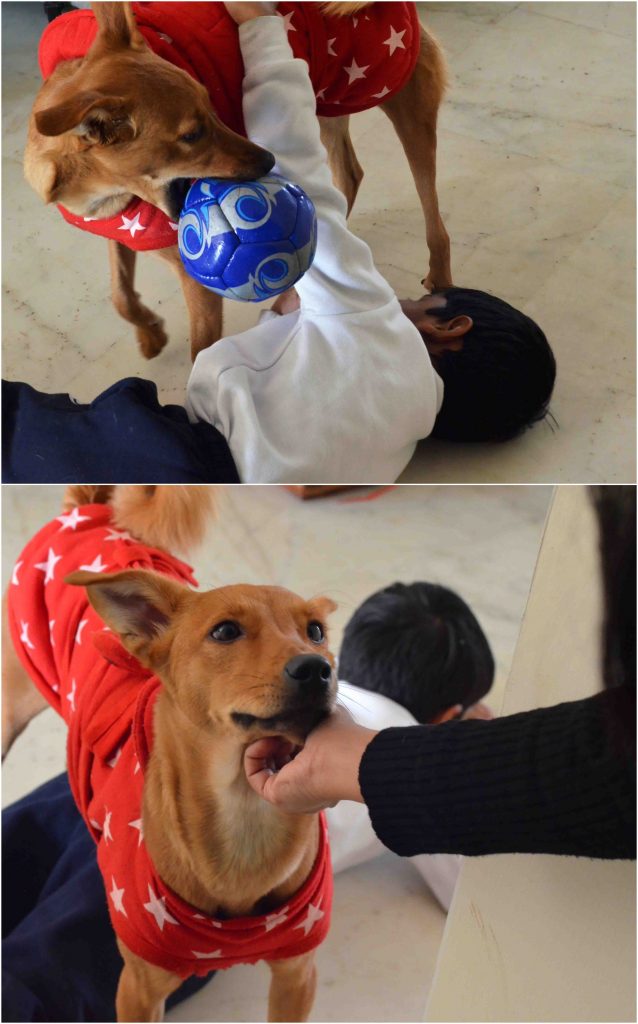 No matter what the circumstances, people like Sreedevi and Arjun remind us that those few extra efforts, a little bit more patience and love can make the world go round and change lives forever. Thanks to them, the shelter has one less puppy to worry about, for Lola has found her happily ever after. 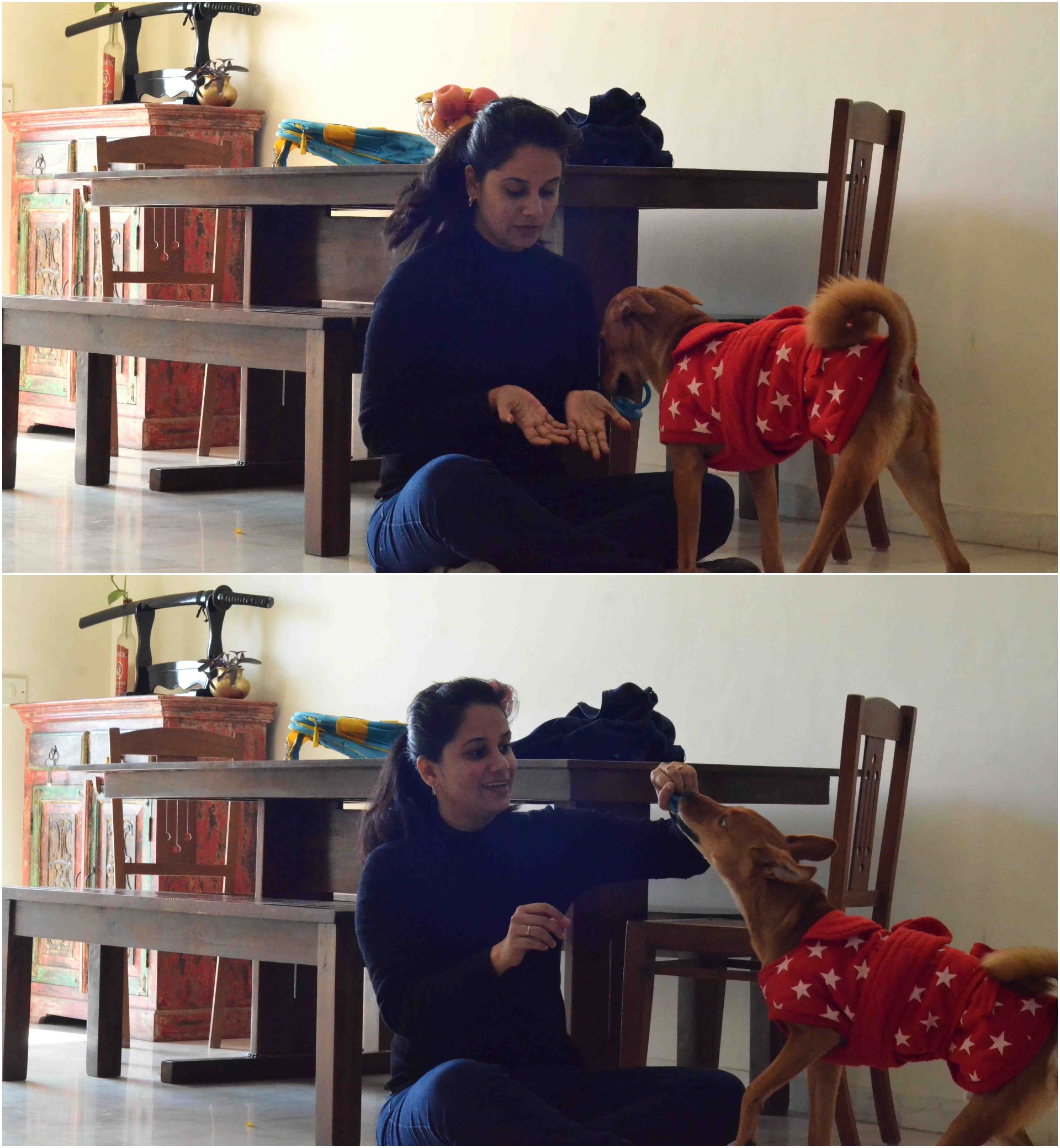