The companies act 2013 introduced enforceable CSR in India; CSR or corporate social responsibility is a voluntary act incorporated in their business model by which companies take part in activities to give back to society and to the environment. It is also known as “corporate conscience” because it ensures that companies engage in “actions that appear to further some social good, beyond the interests of the firm and that which is required by the law”. The companies act takes this a step further, requiring large firms to spend a minimum of 2% of net annual profits on CSR projects. As noted quite frequently in the media, this has resulted in growing spending by corporates, often exceeding the required 2%. There are however more than a few concerns, about geographical inequity, what counts as CSR and what doesn’t, methods via which corporations continue to elude this responsibility etc. 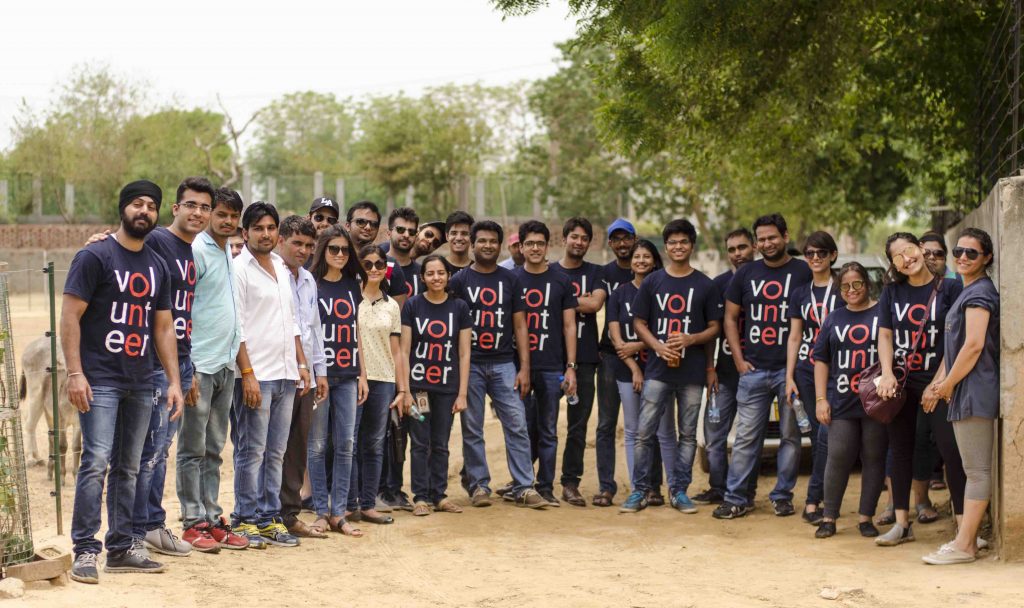 There has however been a long-standing tradition worldwide and in India of corporations engaging in projects to give back, for the simple reason of creating goodwill, building their brand and giving back to society. GOOGLE of course is no stranger to the idea of conscientious philanthropic endeavours, google.org was founded in 2004 with a start-up fund of 1billion dollars, and they have been going strong ever since. Google is one of the world leaders in active corporate social responsibility. The environment has always been a key focus of Google’s CSR, with Google green at the forefront, emphasising the efficient use of resources and their India office continues this effort as can be seen from their enduring support of Friendicoes.

Friendicoes has been a part of Google CSR for the past couple of years and as part of their annual CSR activity with Friendicoes, this year last week they visited the Friendicoes country sanctuary in Gurgaon, having visited & engaged with the animals at the Jangpura shelter in their previous two visits. 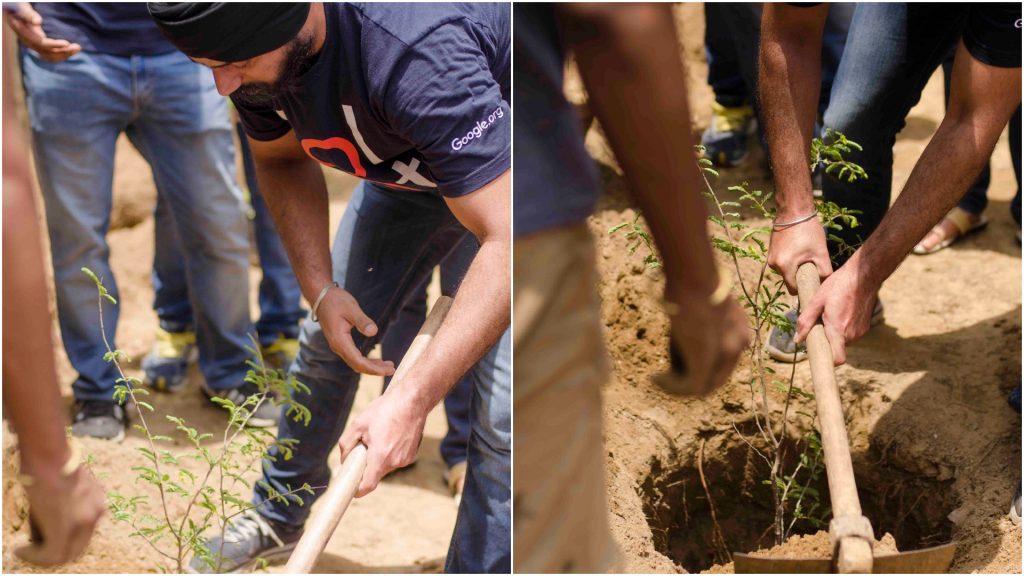 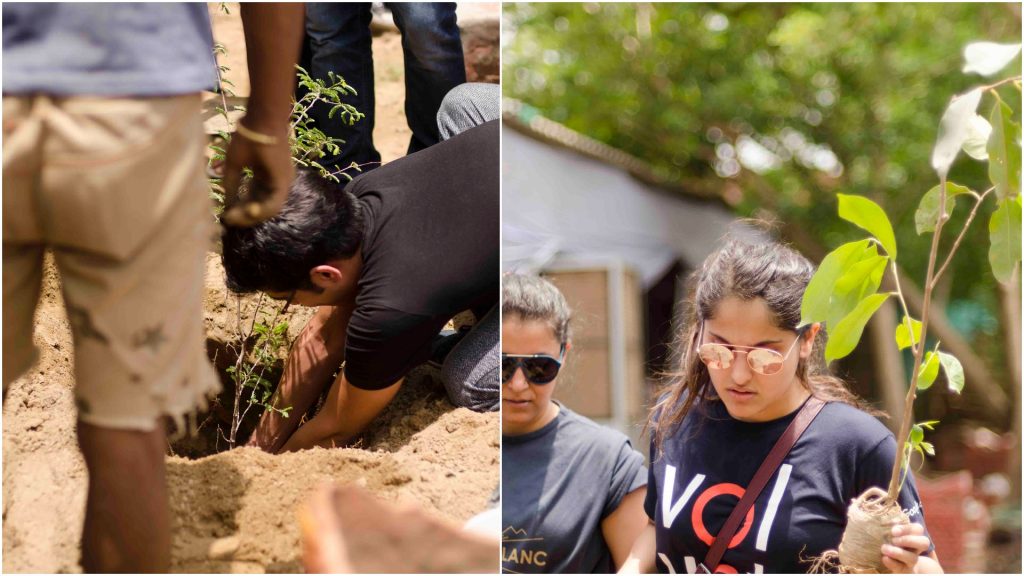 So thursday morning, on the 22nd of June saw over 25 Google employees at the Friendicoes sanctuary in village Gopalpur Khera, Gurgaon to interact with the beautiful animals and do their part in helping out at the premises. When Rohan from Google got in touch with us about this visit, he insisted on an activity with a more lasting impact, and that is what led to the idea of planting of trees in the sanctuary. 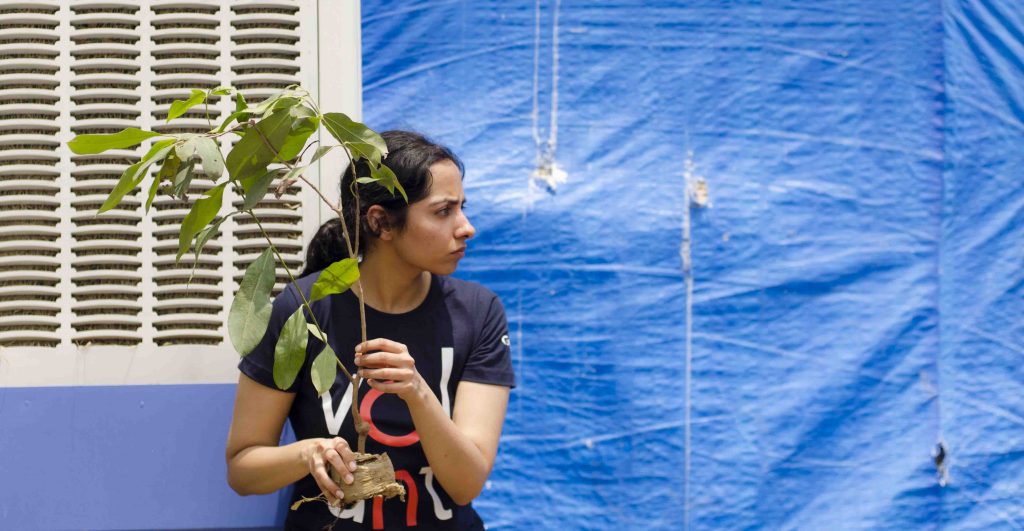 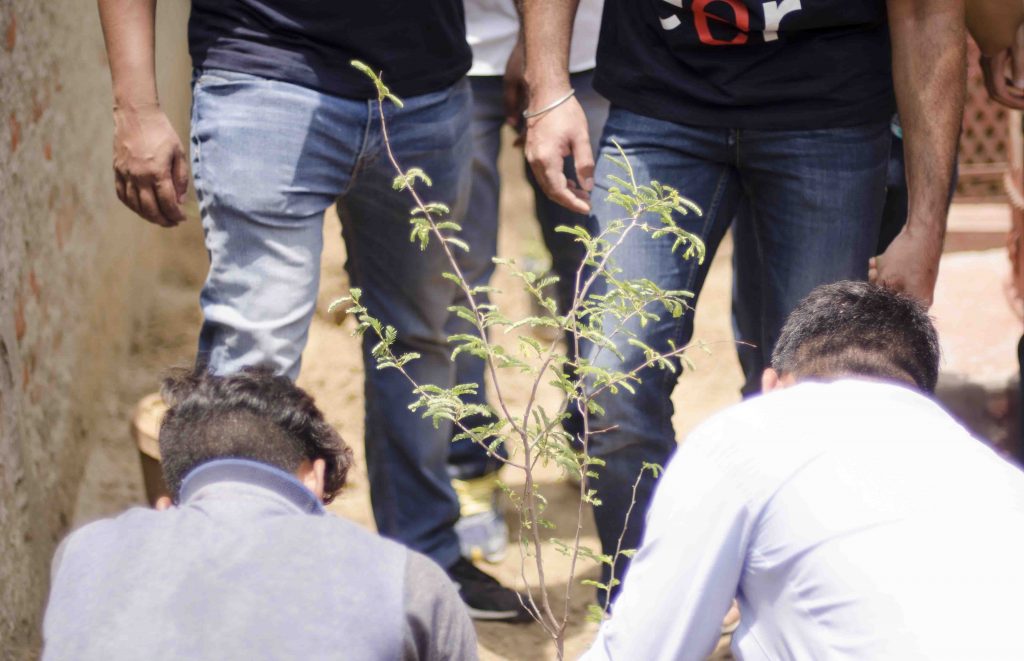 Over 70 saplings were planted by Google team members in an attempt to create shade and comfort for the animals in the long run along with a concerted effort at protecting the environment. Every member present pitched in, unafraid to get their hands dirty or break a sweat under the scorching summer sun, and with the help of the Friendicoes team successfully completed the planting, making Friendicoes greener. 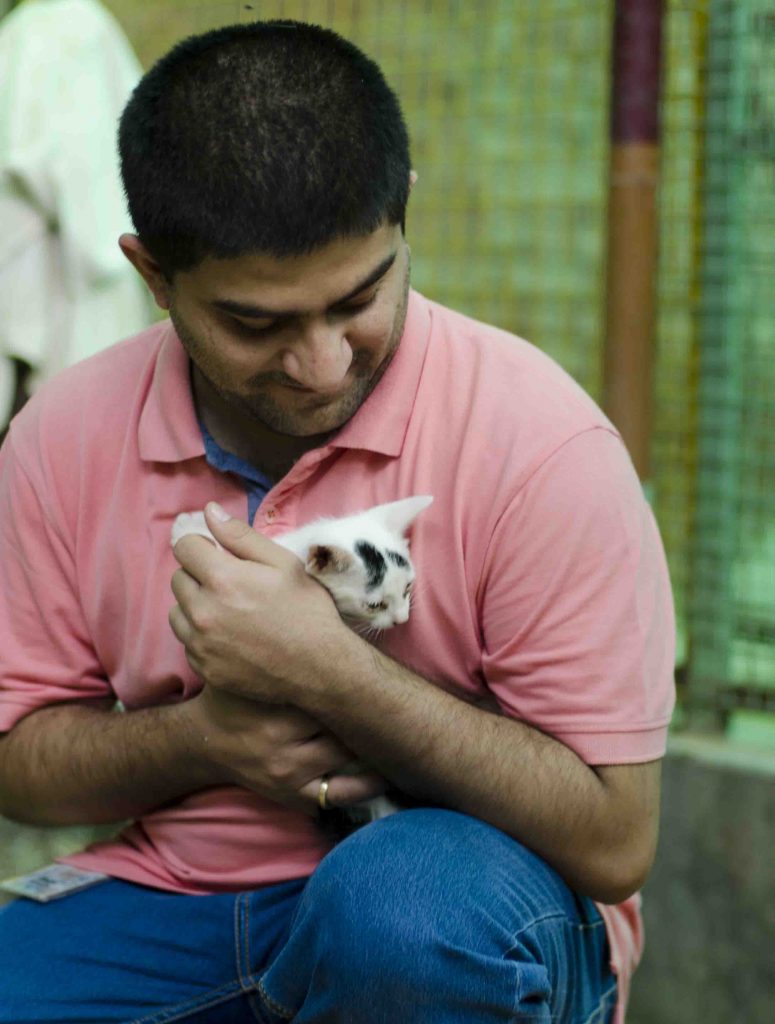 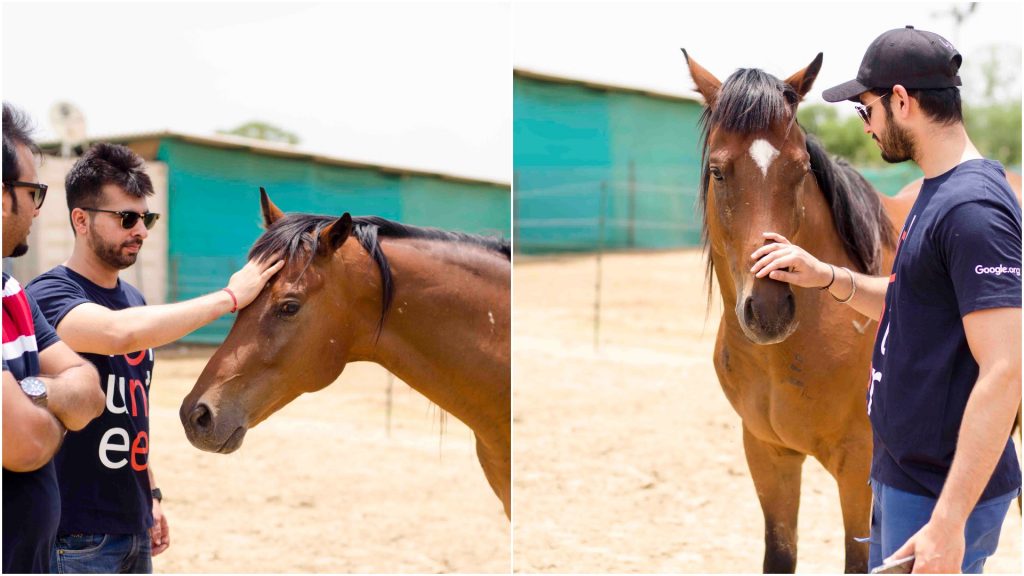 This was followed by interaction with the resident dogs, cats, cows and equines. While everyone on the team was already familiar with and extremely fond of the felines and canines, the donkeys and horses at the sanctuary were a real eye opener. Most had never interacted with equines and were astounded by their receptiveness. The donkeys were a massive hit, with no one wanting to leave the section, like most of us, they had come in with the idea of a stupid and stubborn animal and were charmed by their affection and affability.

If there was someone who was more delighted than the Google team it was the animals at Friendicoes, overjoyed as always to receive visitors and bask in their attention, and forever grateful for our efforts on their behalf. 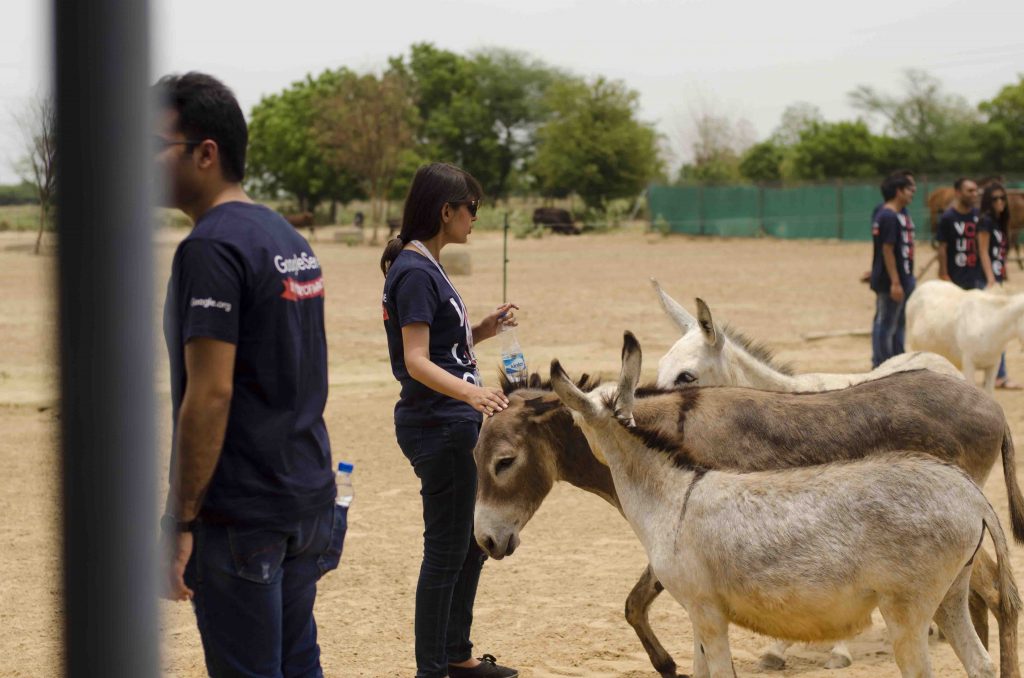 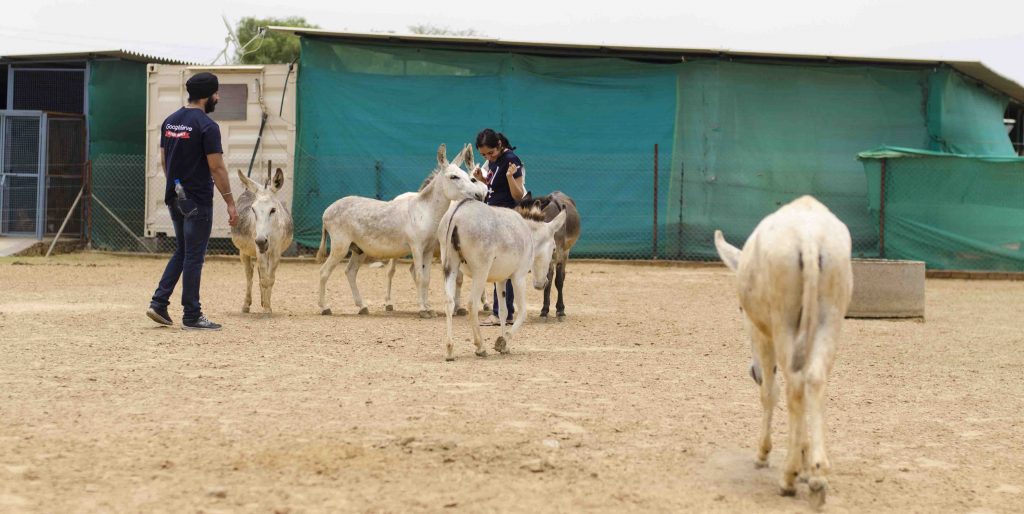 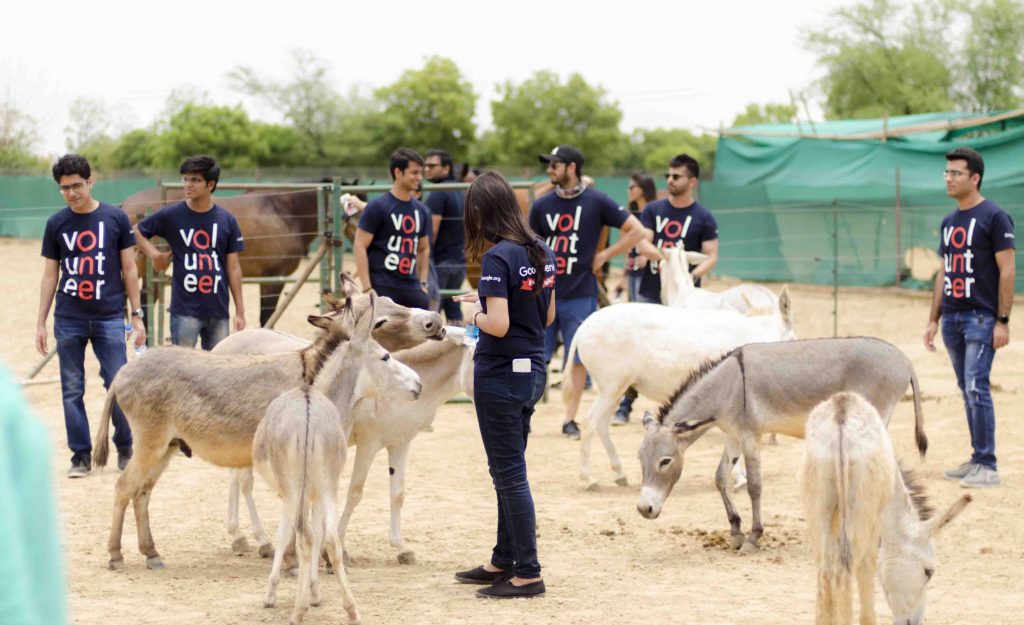 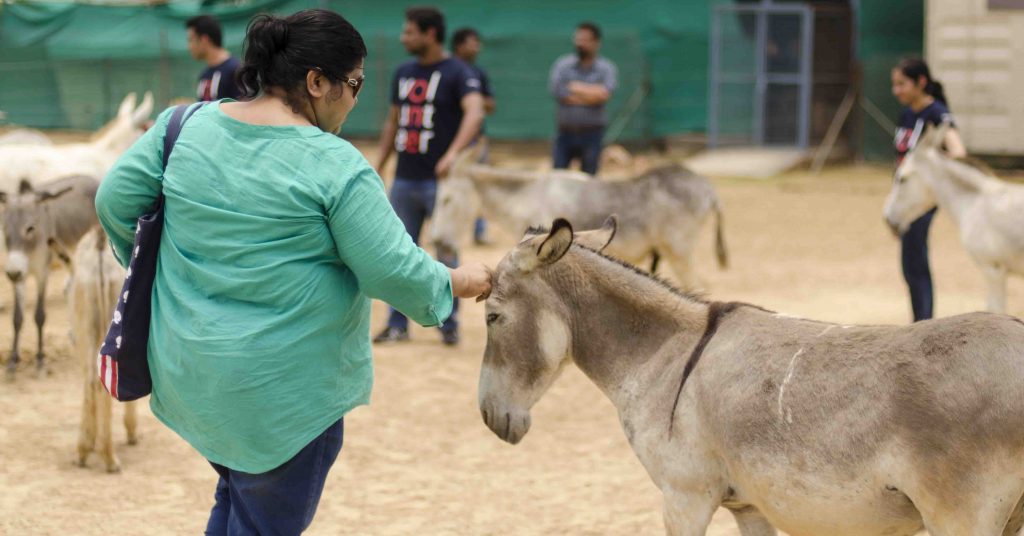