Every summer many people donate water coolers to temples and other religious places and shrines or make provisions for drinking water outside their homes for the thirsty traveller. But very often the animals are missing in this count. While our religion teaches us that providing drinking water to a parched throat is one of the biggest virtues it is mostly interpreted as “only to humans”.

Summers are the worst time for the working equines in India. Along with heavy loads and long working hours they have to also fight the hot sun and “the loo” which is “a strong, dusty and hot summer wind that blows over the western Indo-Gangetic Plain region of North India.” Add to it lack of proper drinking water and dehydration takes it’s toll. 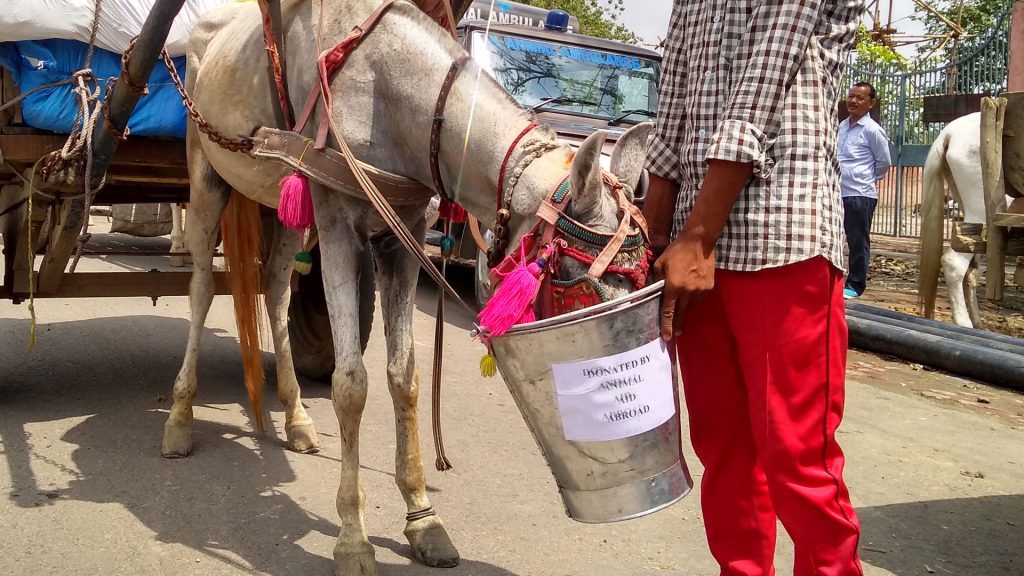 Thankfully a few people are making efforts to ensure that the birds, bees and the animals also avail of this necessity for survival. This summer the Friendicoes Mobile Equine team with support from our partner Animal Aid Abroad distributed close to 500 buckets to working equine owners in brick kilns and “tonga” stands across Delhi/NCR, Agra and Mathura so that their animals were provided with fresh drinking water at regular intervals throughout the day. This was done after discussion with the equine owners who suggested a bucket carried by each of their animal will make it easier for them to access water at different points on their route from roadside wells, tube wells and running water taps. The whole exercise was to ensure that the animals did not have to go without water and the owners learnt to be more sensitive towards their animals needs. 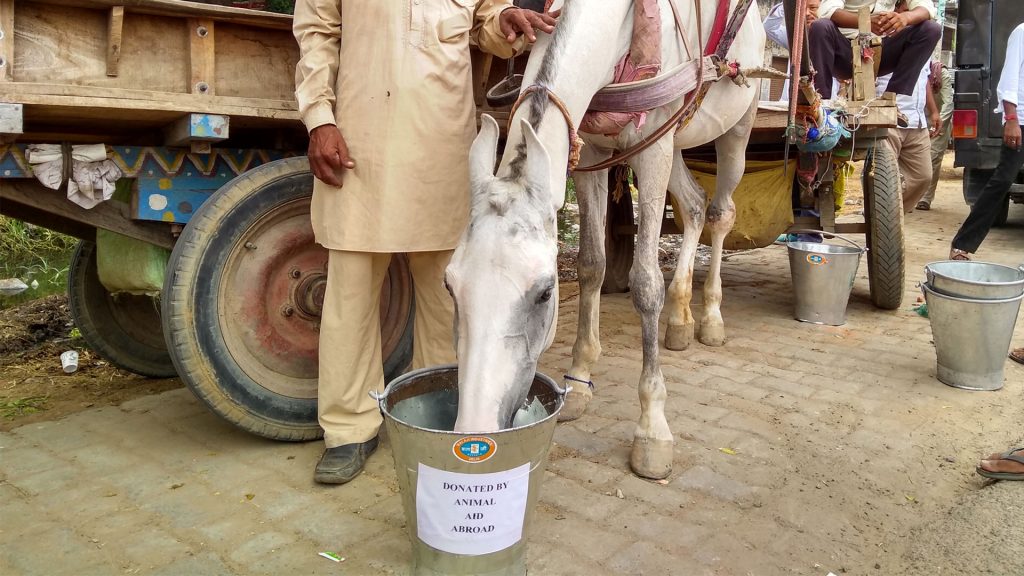 The team have also been busy with a few other cases of accidents. In Kakod in Bulandshahr, about 2 hours from Delhi a horse was badly cut when he tried to walk into a field to graze. The team has been regularly visiting the animal to provide medical care and to make sure the owner is resting the animal till he heals completely. 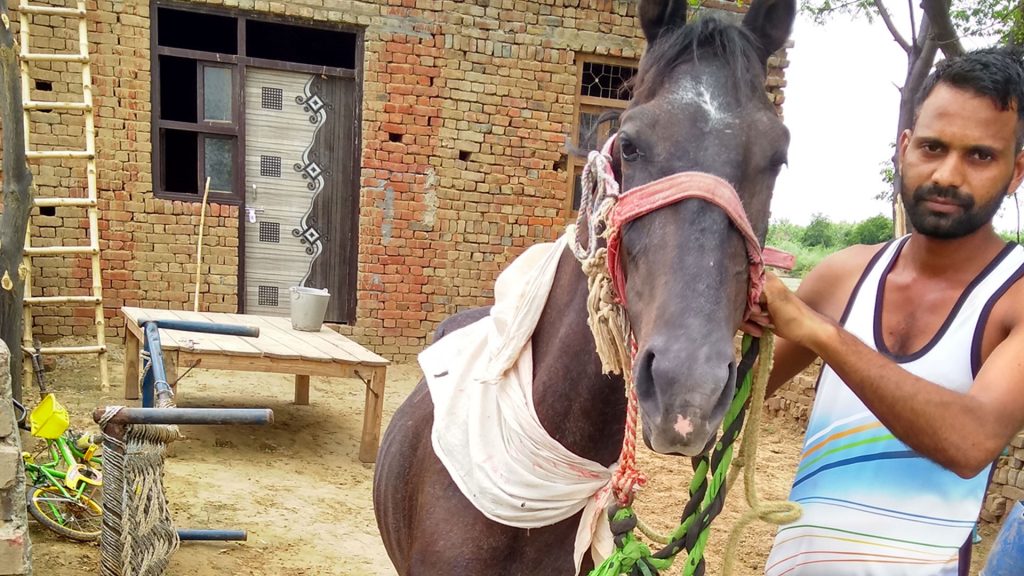 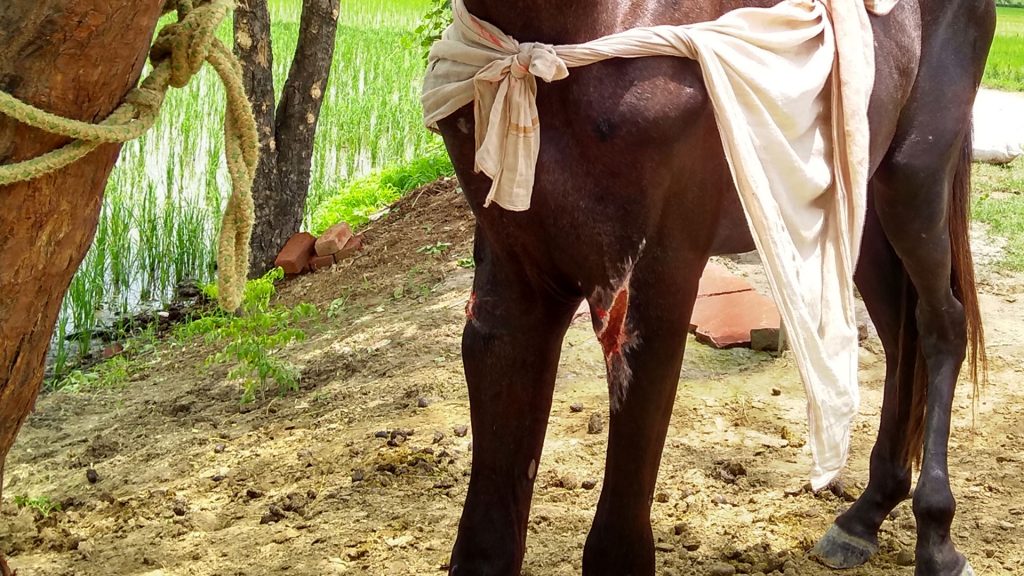 In Delhi a wedding mare met an accident in the busy Okhla area when she was hit from behind by a four wheeler. She sustained a deep cut between her legs and below her tail. Both horses have made progress under the care of the Mobile Equine Clinic and are on the last leg of their healing.

To support our work and help these animals you can donate through https://friendicoes.org/onlinedonation/