The 9th edition of the Airtel Delhi Half Marathon (ADHM) 2016 recently completed successfully amidst pumping adrenaline and huge fanfare as always. This annual half marathon foot-race established in 2005, is the biggest platform for runners in India as well as for charities to create awareness for their causes and raise funds. The event includes the half marathon (21.09km), the 6 km Great Delhi Run, a 4 km run for senior citizens, and a 3.5 km Champions with Disability race. 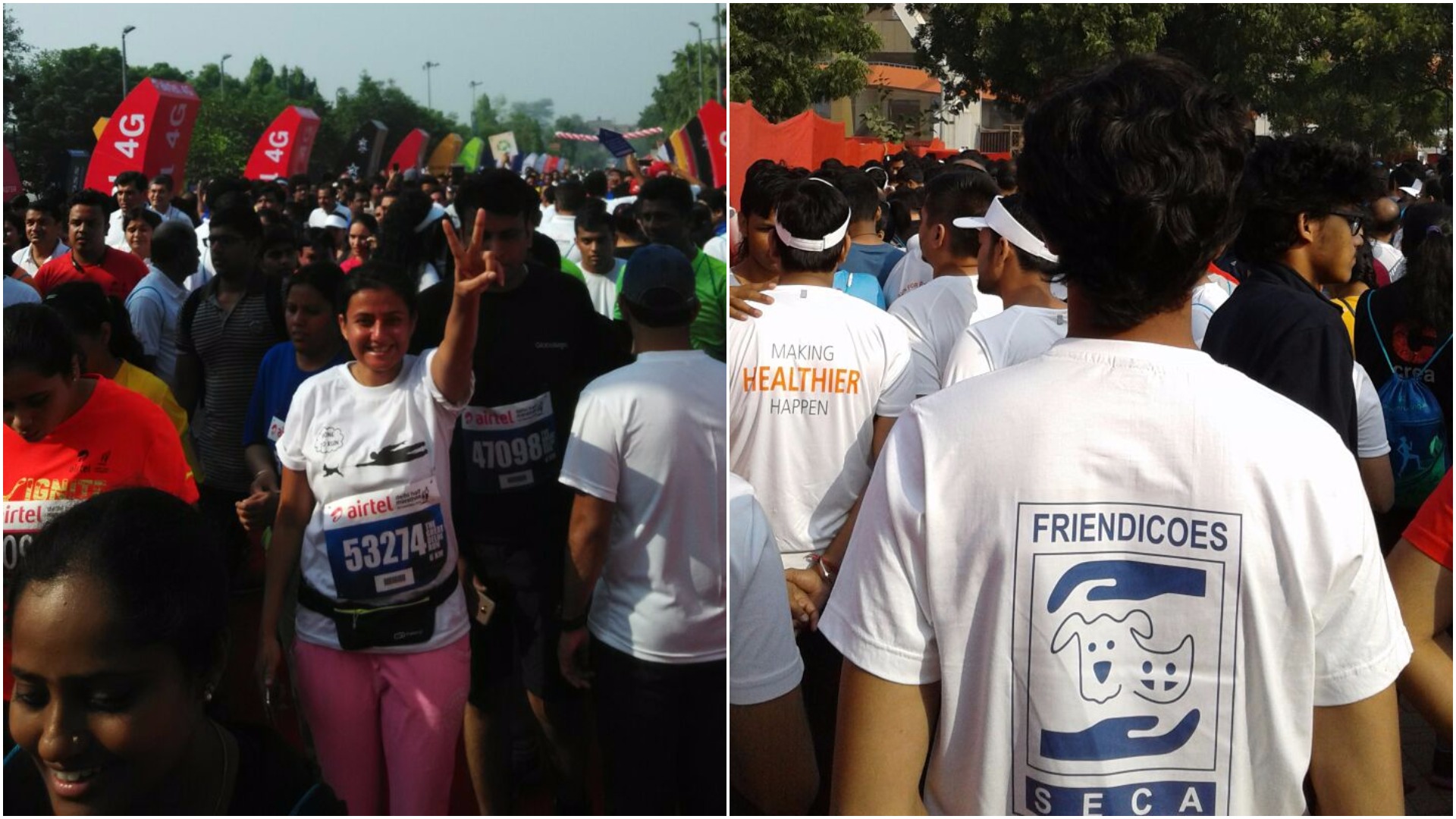 Friendicoes participated in this run for the first time in 2009 and there has been no stopping us ever since. Every year runners have taken to the road proudly wearing the Friendicoes t shirt spreading the message of love & compassion for animals.These events often bring out old well wishers out of the woodwork, and help realize new friendships with people who go on to be life-long friends of Friendicoes. In the past actor Purab Kohli has run for Friendicoes in the Airtel Delhi Half Marathon and raised considerable funds. Steel Authority of India (SAIL) has also been our supporter at the Airtel Half Marathon in the past and so have corporates like Metlife insurance.

While the participation this year was lower than the past few years it was still a joy to see the enthusiasm and good will from friends & supporters. 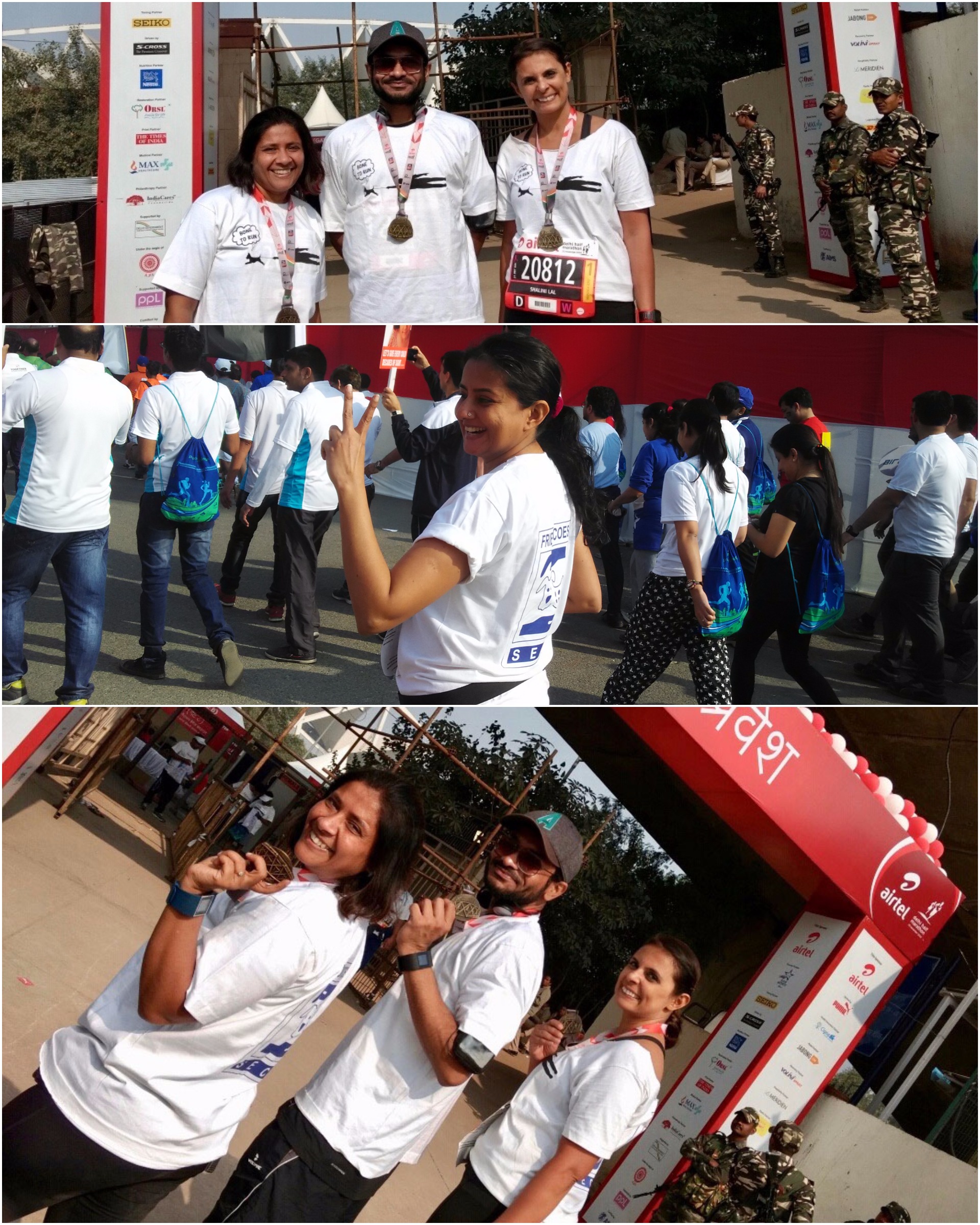 Our proud runners this year were Taab Agnes Siddiqi (director Harvest Gold),who regularly donates bread to Friendicoes, Md. Nizamuddin Pasha who has previously adopted from Friendicoes, along with new friends like Ankur Sabharwal, Nipun Sohanlal, Epsa Puri Chaudhary and Tanya Ghosal, who all ran the Half Marathon for Friendicoes  under the charity Bib category. Shalini lal, Pushpanjali and Shashank Shekhar also represented Friendicoes in the Half Marathon, while Aastha Ashok and Sitikantha Kheti ran the Great Delhi Run while proudly donning their Friendicoes T-shirts. 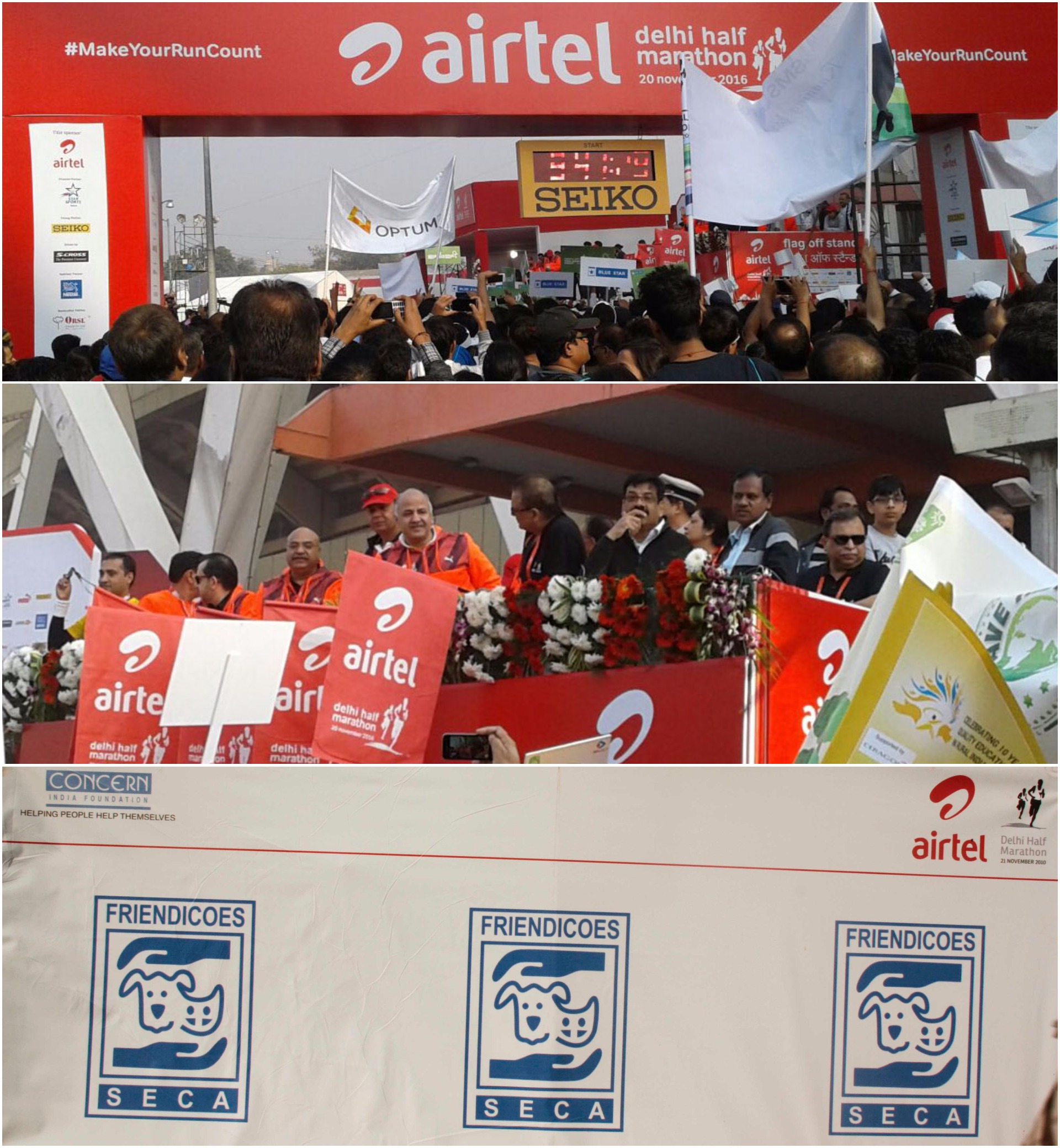