The indiscriminate culling of dogs in Kerala in recent times is a wakeup call to all of us, the old adage of “prevention better than cure” comes to mind. The importance of the ABC programme has never been more obvious. While the Delhi NCR area is quite well equipped with Friendicoes alone running six centres and conducting nearly 3000 surgeries every month, alongside other organisations with similar programmes. But not all cities and towns across India have active ABC programs, which is why Kamini Kashyap, an animal rights activist in Almora, with the help of the District Magistrate has been collaborating with Friendicoes for the last few years to conduct sterilisation camps annually to proactively keep the street population under control. 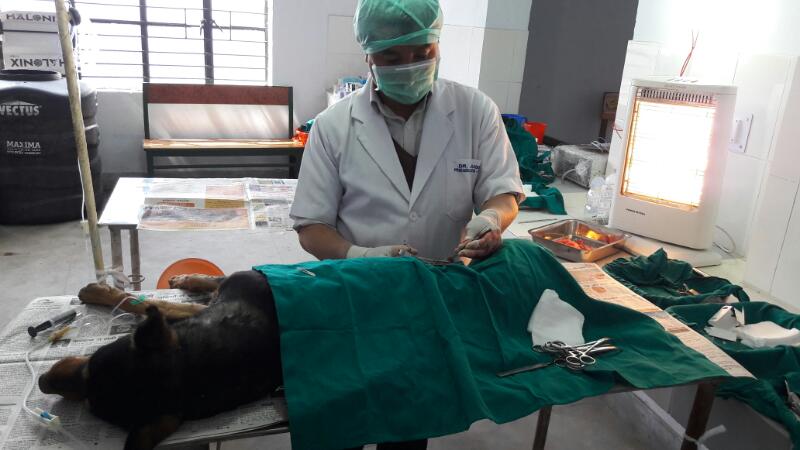 This year the spay & neuter camp held between the 16th and 30th of April was the fourth in a series of annual camps organised by the District Magistrate of Almora. Dr. Jugol, accompanied by paravets Bhupi and Shiva, catchers Mukesh, Jeevan and Shiva Neopane and driver Mahender successfully sterilised four hundred dogs, significantly crossing the initial target of 300. The surgeries were conducted in the Nagar Nigam complex with local vets assisting and receiving training in the process to be able to continue the work year-round. Of the 400 dogs sterilised, about 235 were females; spaying of females being a more effective way of curbing stray populations. 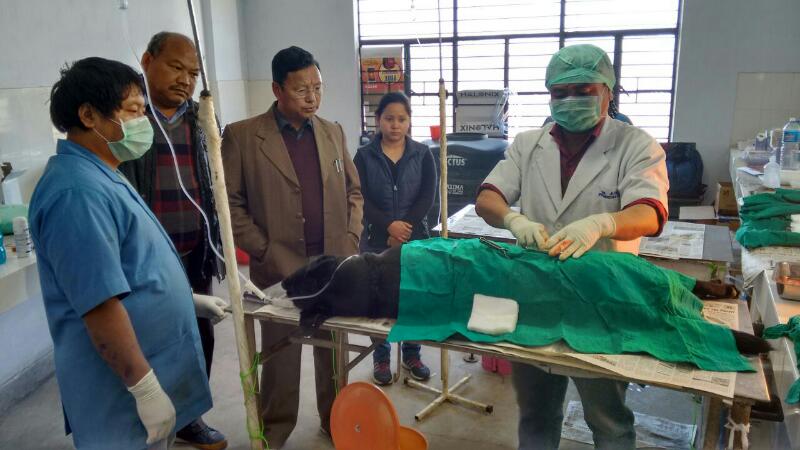 The team led by Dr. Jugol persevered through and beyond the set target despite adverse conditions such as heavy rains and thunderstorms that resulted in power outages. The catchers were also challenged by steep inclines that had to be traversed by foot and then the dogs caught had to be carried down with mountain dogs weighing between 30-40 kgs on average.

Thanks to the efforts of Kamini Kashyap who has taken the initiative all these years and in collaboration with the municipality has invited Friendicoes to conduct these camps keeping in mind the safety and security of local street dog population, a responsibility that needs to be taken on by animal lovers everywhere. It is when such important steps are neglected, that population of street animals rise, leading to health issues for the mothers, overpopulation leading to scarcity of resources, increased road accident injuries and ultimately a panicked aggressive populace that leads to man-animal conflict.

While organisations like ours continue their work, it is important for individuals who feed and care for local street population to actively pursue their sterilisation drives in order to ensure a happy, healthy and peaceful canine population. 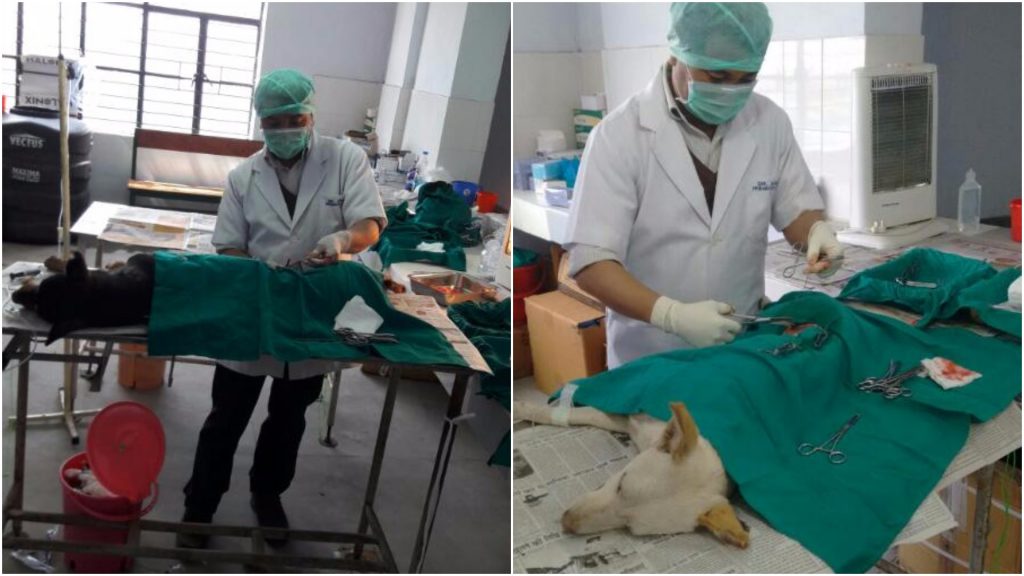