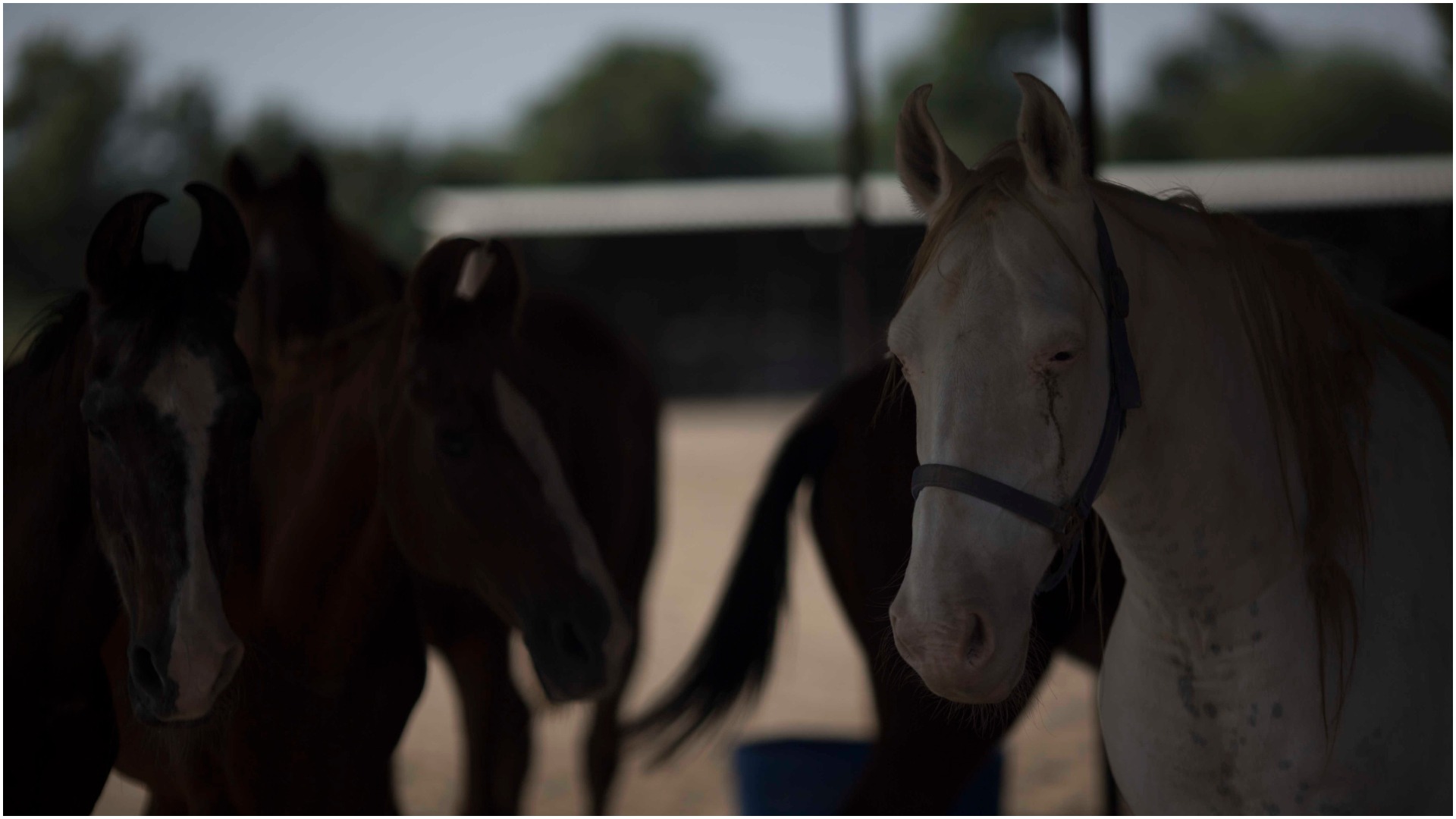 In the midst of all the dog-cat rescues and adoptions that engulf us we tend to forget to write about a huge part of the Friendicoes family which are the equines. Presently Friendicoes has about 60 horses and 80 donkeys/mules who are permanent residents of the Friendicoes sanctuary. These animals come to us with different backgrounds for different reasons and from different locations but what is common amongst them all is – they have all suffered abuse of some form or the other. 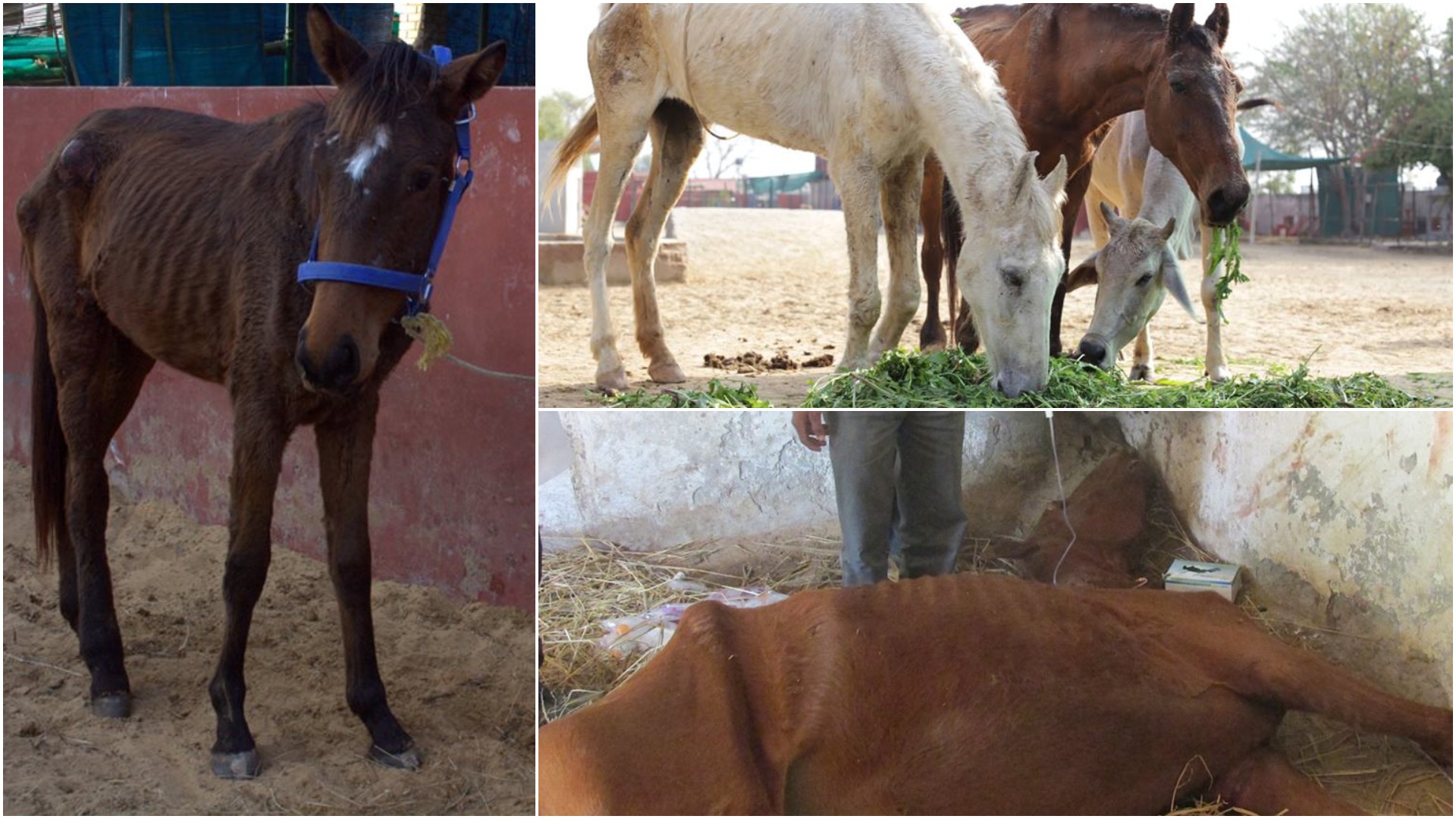 These animals are either reported in, or rescued by our team and sometimes even surrendered by owners. They come to the sanctuary to recover and recuperate and live the remaining days of their life in retirement and comfort. But the condition they come in can sometimes shock even our seasoned team who see every kind of cruelty meted out there to the animals. 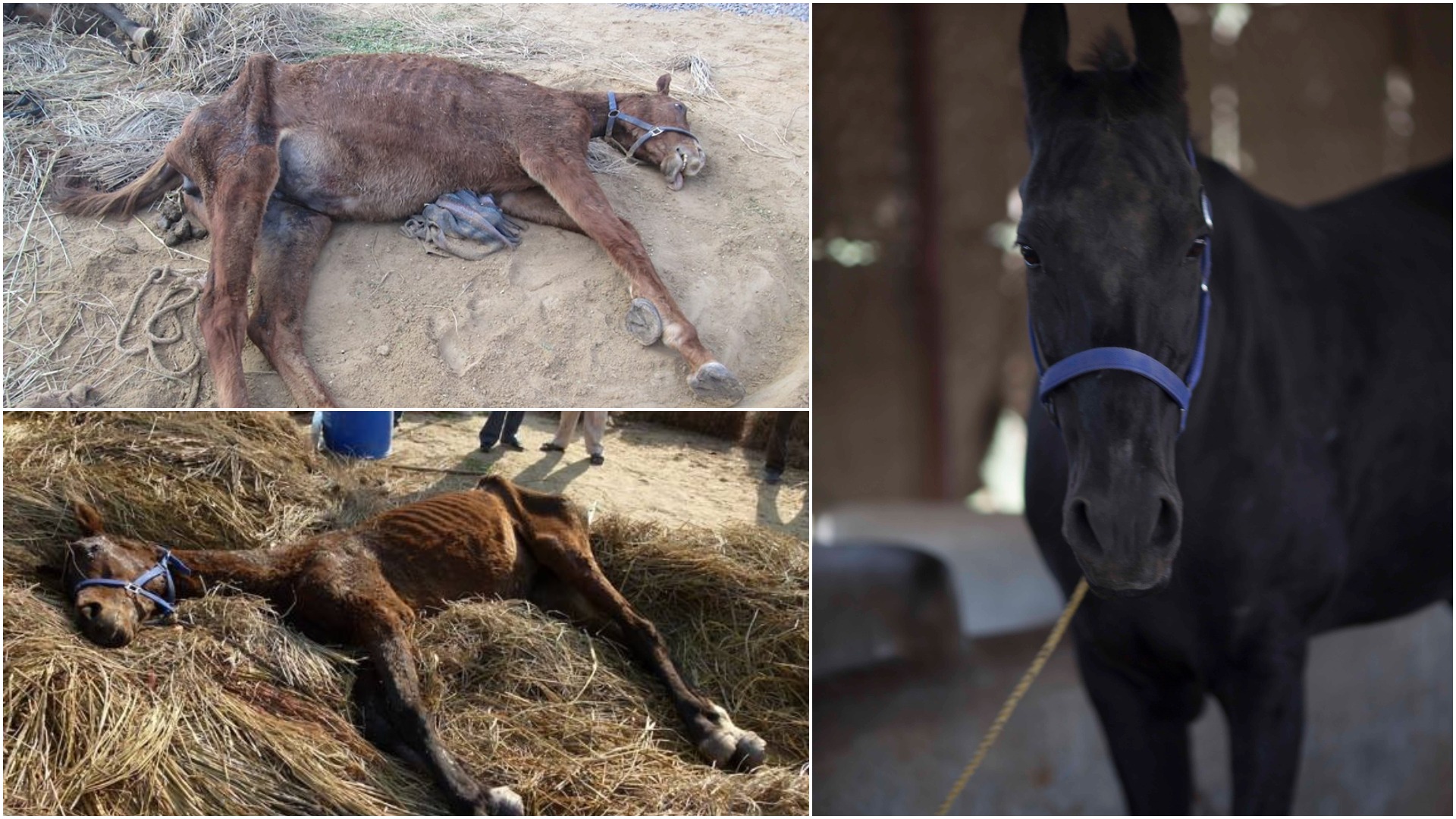 Winner is just another such horse.
This young horse who is just around 6 to 7 years old, seems to be a pack animal and was found abandoned in the middle of the city with a slash wound over 2 inches deep on his flank. The wound looks like a deliberate and senseless act of cruelty by someone with a knife or a vicious riding whip with sharp metal edges that cut into his flesh. Fortunately he was reported in before he got hit and run and the Friendicoes team rescued and transported him to the sanctuary. 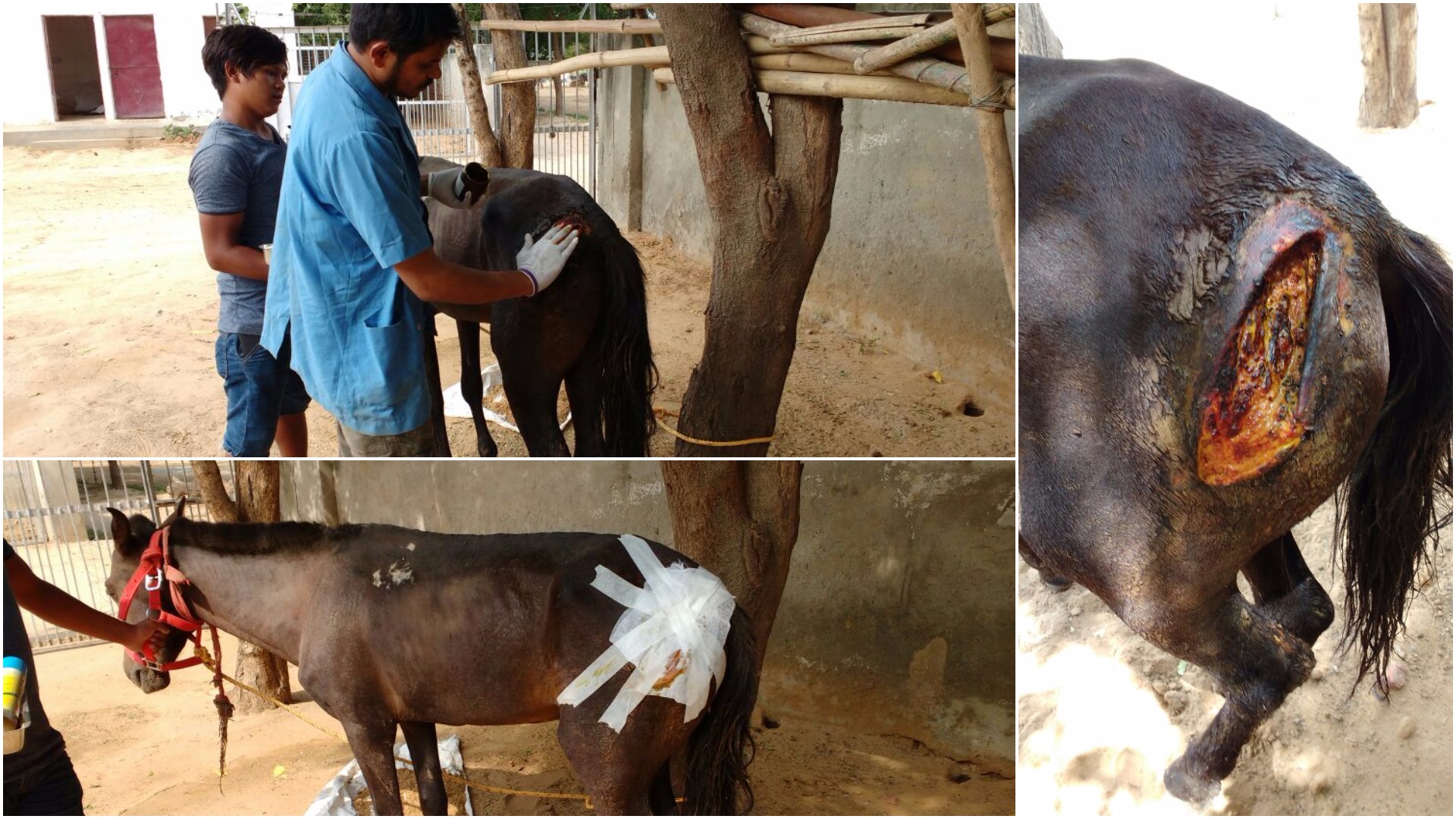 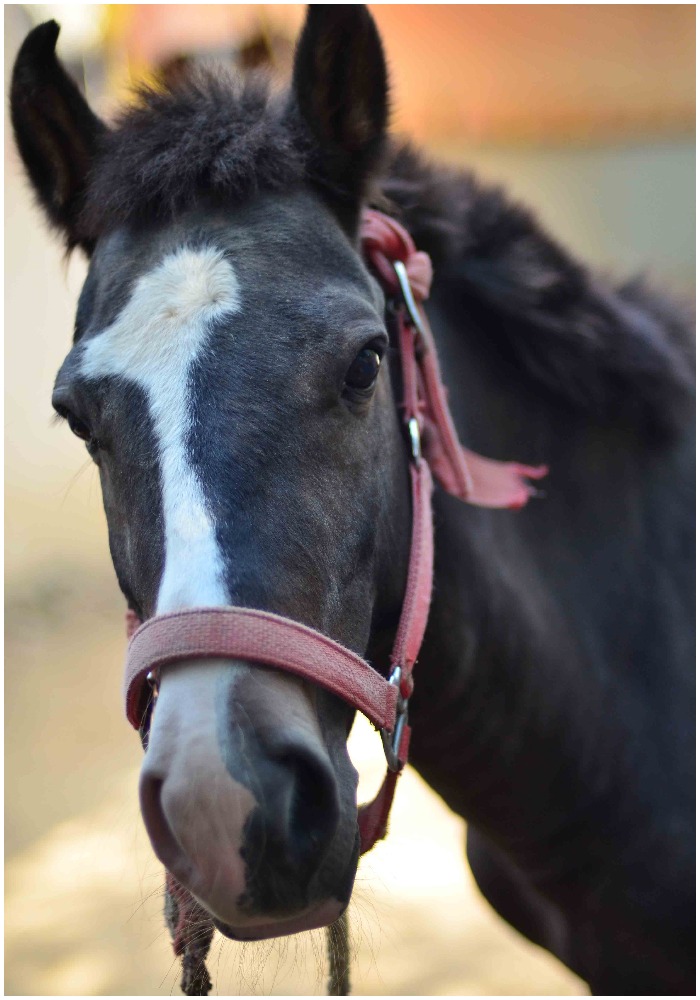 He was attended to immediately, the infected wound was cleaned, dressed, antibiotics administered and so was a tetanus shot. He has since recovered after weeks of nursing and care by the team and is now almost completely healed. But sadly lameness persists in the hind leg and shall remain so for the rest of his life. Luckily for him he is now looking forward to a life of leisure with new friends under the open sky with nothing more strenuous than walking up to his feeding tub and water trough. After the life he has led so far he has earned himself every bit of pampering that we can provide. 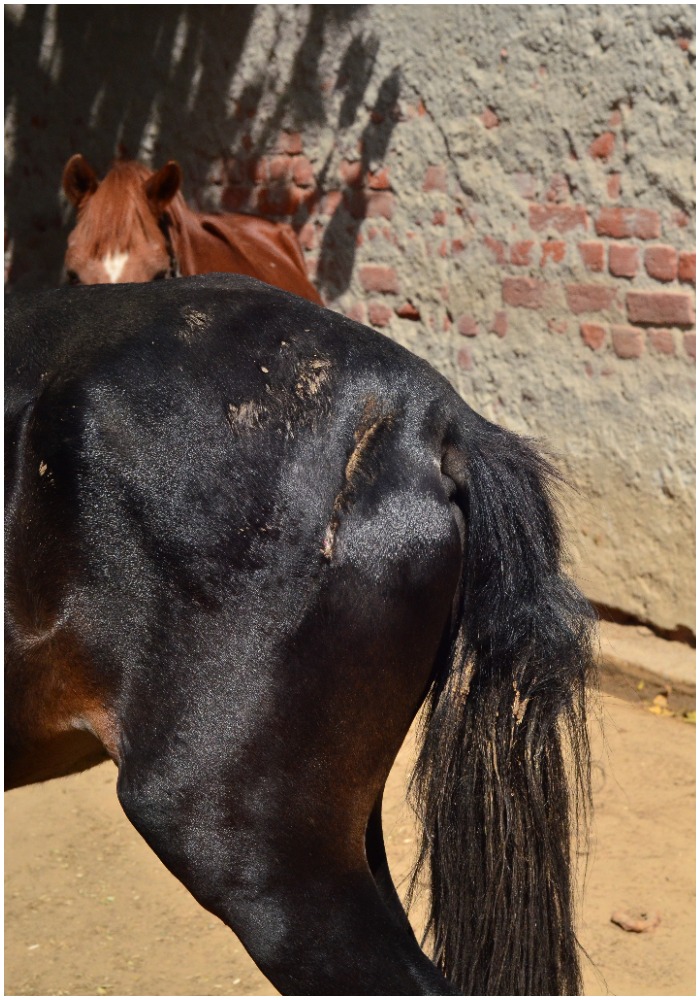 The unsung Equine team of Friendicoes travel 6 days a week in 45 degrees heat, thick fog and cold waves, through 4 states and over 23 stands providing medical care to working equines whose owners are too poor to care about their animals and see them only as a means to an end. 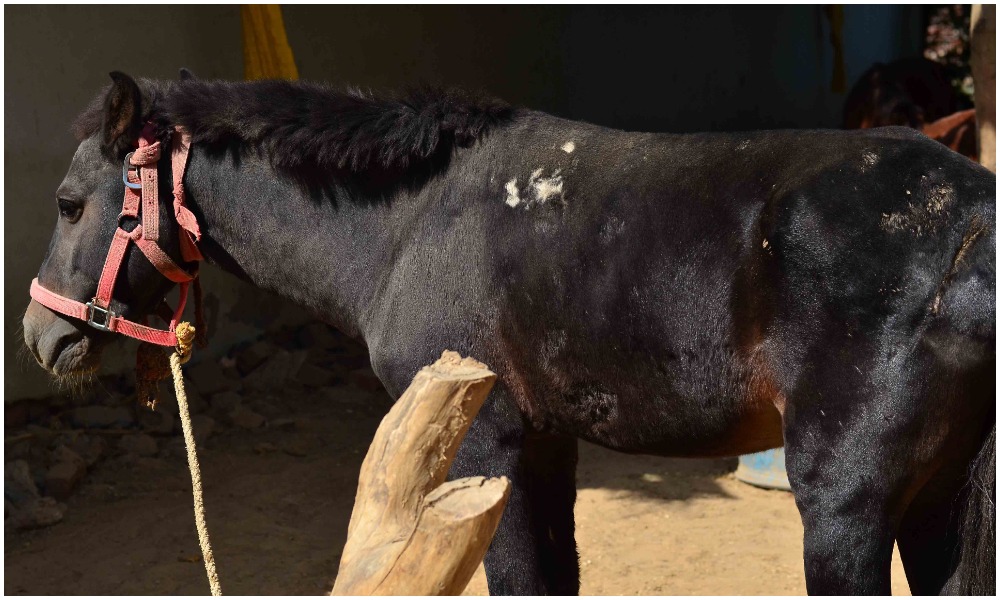